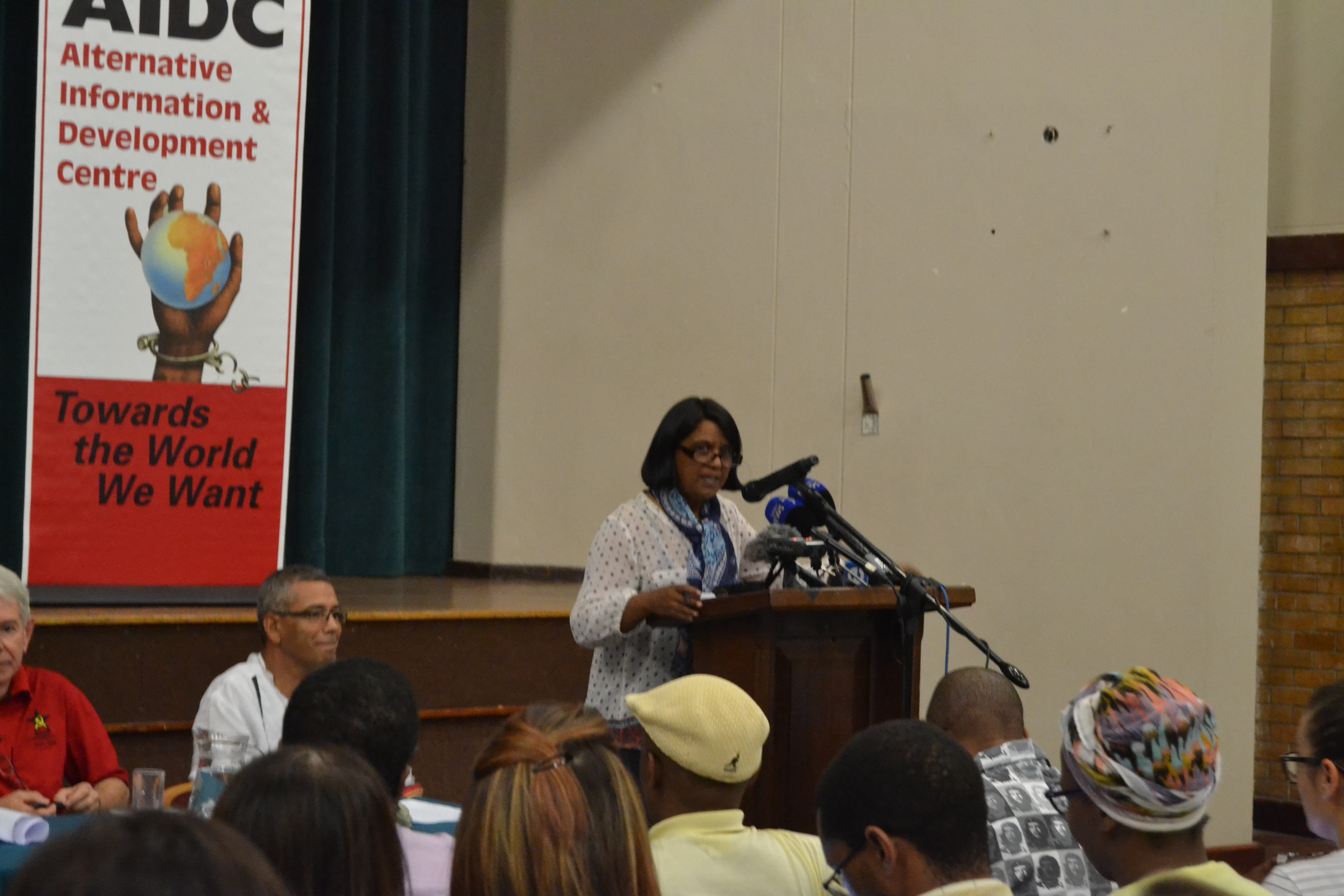 Amandla! invited them to present around where the ANC is going and how they think, we in South Africa can extricate ourselves from the current economic, social and political crisis. AIDC sees this meeting as the first step in a process towards what the AIDC called ”the building of a left bloc”. This is a brief report on the discussion.

Although the panelists come from different organisations, some of which have been in sharp political contestation with each other, nevertheless there was common appreciation of the depth of the crisis and even on some key steps that are needed to address the crisis.