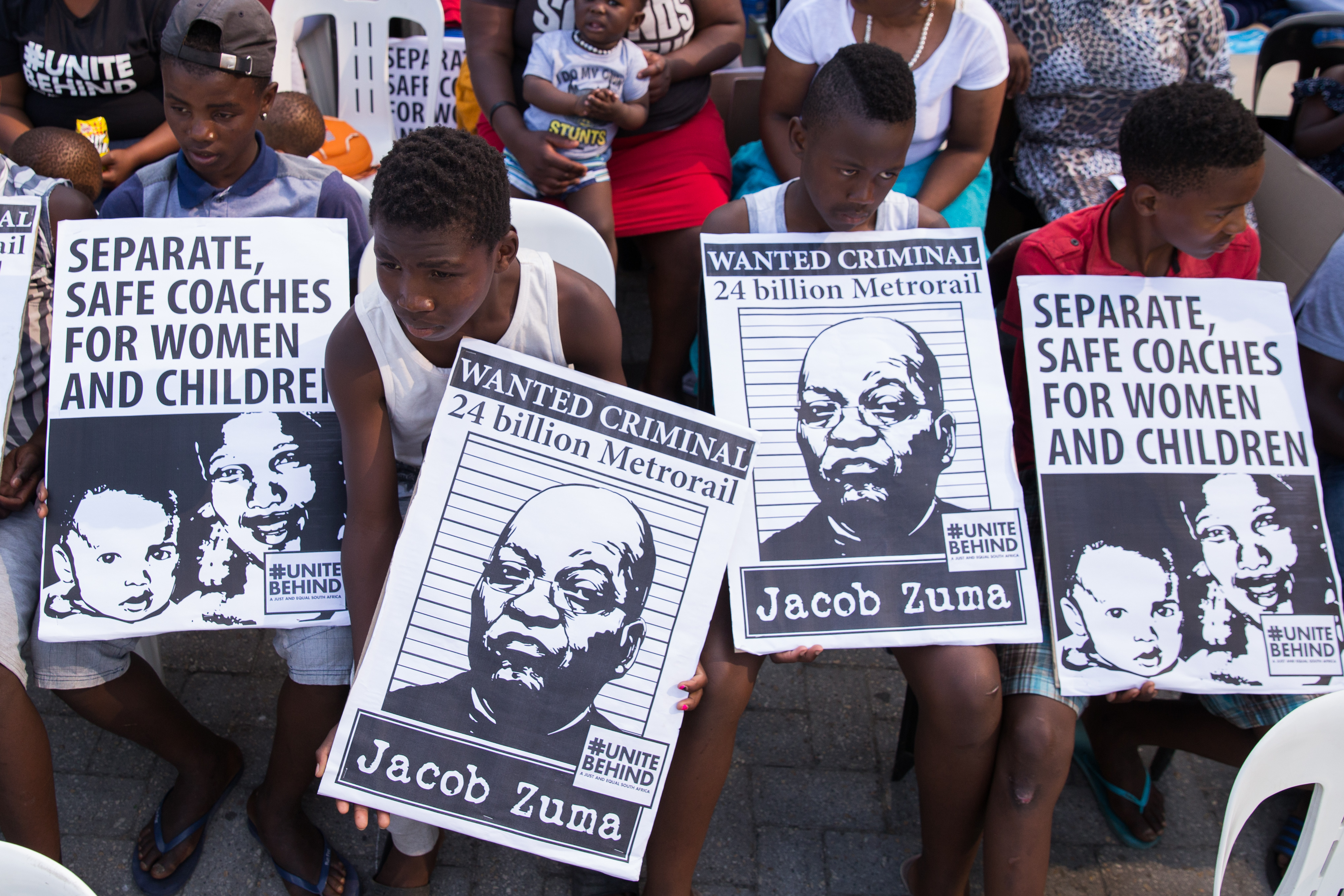 Implications of State Capture at Prasa

Shamese Abib, is a Cape Town resident who has been directly affected by the corruption and maladministration at the Passenger Rail Agency of South Africa (Prasa). On what was supposed be a day out at a the beach. Her 19-year old son tragically lost his life after being forced out of a moving train in order to evade thugs. Last month Ms Abib, along with the Railway Commuters Action Group and support of #UniteBehind members laid charges for wrongful death.

On January 13, Keeno and his friends were travelling by train to go to St James beach. On their way home, at False Bay Station three guys and two girls boarded the train. “Because the doors didn’t close, Keeno and another friend were standing close to the door so that the children would be safe,” said Ms Abib.

While Keeno was standing there, two perpetrators approached him and some witnesses said that they wanted to rob him. After one of the suspects pulled out a gun, Keeno was forced to jump out between False Bay and Lakeside stations and passed away. “The friends asked the security could you please follow these guys and lock them up and nothing was done. The people they hired to protect us didn’t do their jobs. Their was also no one to monitor who boards the trains. These guys were armed and nobody stopped them.”

Ms Abib says there were factors which jepordised his safety. “All of these factors show that we can’t trust Prasa any longer. I for one, don’t want to get in a train because this is not the first incident and surely it is not the last. How many other people will still have to jump for their lives?”

Ms Abib added that she still has a 14-year old son that still has to use public transport. “He is scared every day and the one factor us that the perpetrators are still on the loose. The trains are also always crowded and the trains are always open. I fear for that child’s life too and that’s why I want answers from Prasa.” She added that you hear similar incidents all the time on commuter social media groups.”People don’t know what to do and where to go and I think PRASA thinks it’s just about money. Up until today Prasa has never called me. It’s been a month and still nobody came to tell me anything.”

Ms Abib added that when you try and take other means of transportation it is also dangerous. “We would normally take a train but we had to take an Uber to Retreat Station, from there into a bus. Why are there trains if we can’t use it? And whoever is using it, you are sitting there and praying your whole journey anyway. I feel that Prasa is responsible and how many more lives will they let us lose? She added that every July that train prices tickets go up and she questions what they are using the money for. Ms Abib added another major challenge, besides the safety aspects, were the constant train delays and cancellations.

“I feel like I am nothing to them. My son died and this is just another life to them because it happens on a daily basis. It makes me think that they don’t think anything of us as the commuters who’s actually paying their salaries, I feel hurt.“

She added that enough was enough and that is why she was getting assistance to get answers. “It’s almost two months since he passed, he was such a lively person that it still doesn’t feel like he is dead. He was never said and always laughing and he had dreams. He was well known in the community and can feel his loss.” She said her whole family is still reeling from the impact of Keanos loss. “It’s not the same because we can’t hear his voice. It was a valuable thing because he was taken away from me. I was proud to see how he was growing up. Prasa are responsible for so many lives and we don’t know until we experience these things.”

Ms Abib hoped that more people will start to come forward and see that they are serious. “I think corruption in South Africa is the norm ever where you look. We have to get rid of the corrupt individuals because they are the ones wasting the money. People needs to be voted in who knows what they are doing. Clearly there is something not right and mismanagement in Prasa.. I believe if we stand together, like what #UniteBehind did approach these people, make sure these people sign for our safety. I feel the time is now to take a stand. If you get in a train you are signing your death certificate and if you can’t provide safety then close up.” 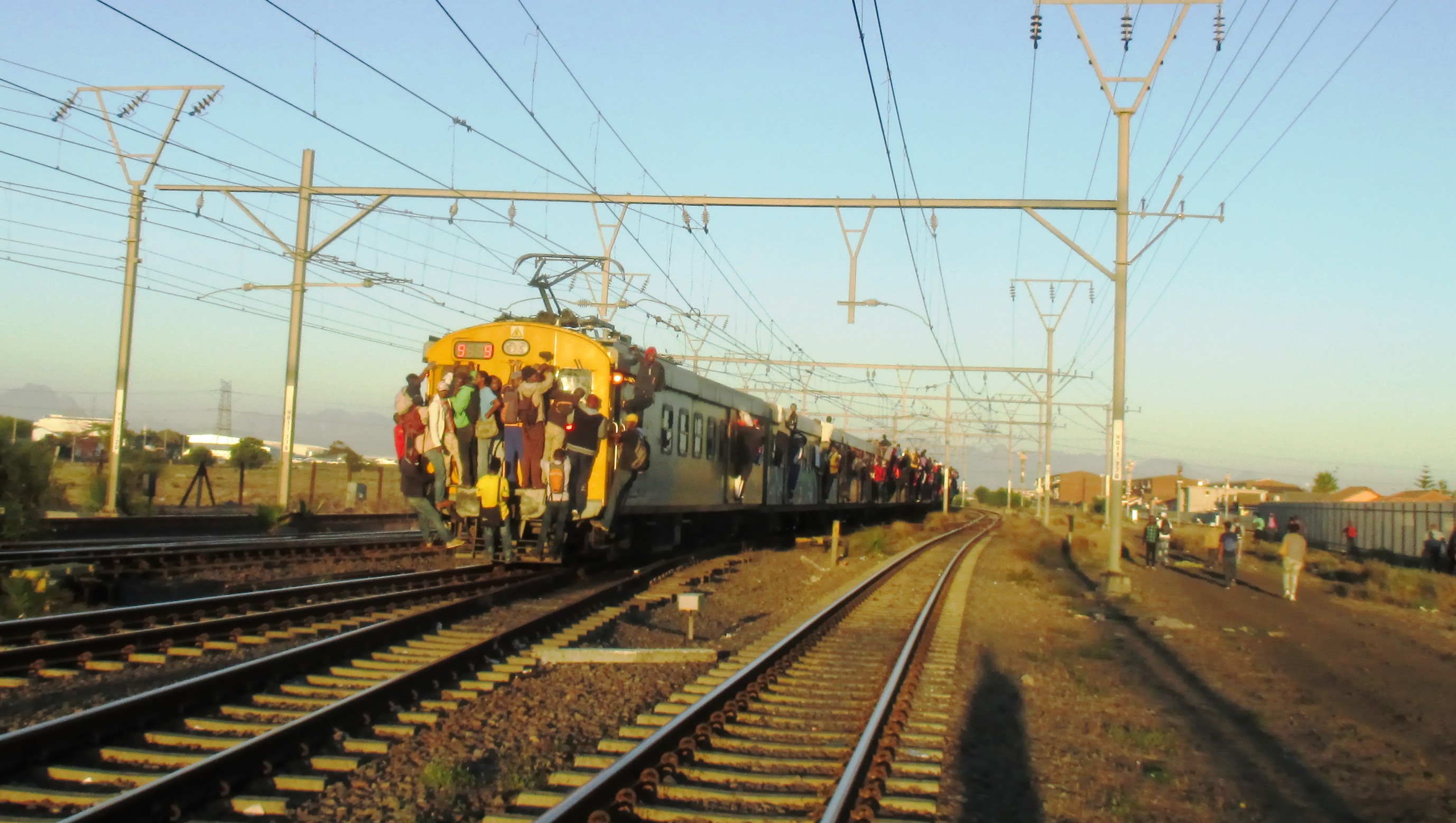 Last year #UniteBehind released “ #Prasaleaks”. The document highlights how corruption and maladministration at Prasa has affected thousands of commuters on a daily basis. Corruption and state capture compromise the provision of social goods and basic public services, directly devastating the lives of people, especially the working-class and poor.

Last year, close to 500 passengers died and over 2,000 were injured, according to the Railway Safety Regulator. Beyond this terrible cost of lives, such accidents and crime cost railway operators almost a billion rand. Passengers routinely suffer physical and psychological harm.

In February 2016, the National Treasury, in compliance with the Public Protector’s directions, commissioned forensic investigations into 216 contracts awarded by Prasa between 2012 and 2015. Of these, only 13 were found to have been above-board.

During most of the period covered by the Treasury Investigations, Prasa was led by the then Board Chairperson, Sfiso Buthelezi and CEO Lucky Montana. A mostly new Board, under the leadership of Popo Molefe, was appointed in August 2014, when it became clear that Prasa’s main subsidiary, Metrorail, which transports more than 1 million people daily, was in crisis. The new Board worked with Treasury to implement the findings of the Public Protector. It also implemented other findings of the Public Protector while the Treasury Investigations into the 216 contracts over R10 million continued. Wherever they found corruption, they tried to act swiftly.

#UniteBehind’s campaign, #FixOurTrains, focuses on the safety of commuters. We wrote again to to the Public Protector to put pressure and show the urgency in her findings which are highlighted in her report “Derailed”. Whistle-blowers came forward, including former Prasa employees who were dismissed for speaking against its activities.

#UniteBehind then gave a presentation to the Parliamentary Portfolio Committee on Transport, along with the Prasa executive, the Prasa legal and finance team as well as the Prasa board. In our presentation, we listed our demands: