One, Two, Many Rosa Luxemburgs

One, Two, Many Rosa Luxemburgs 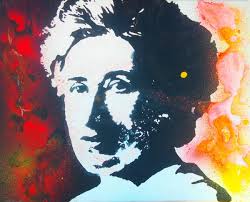 Hardly any figure in the history of socialism represents such an impressive combination of sharp-minded theoretician and rhetorically explosive politician as did Rosa Luxemburg. Her almost daily newspaper articles, her speeches at party and trade union meetings, her letters and theoretical writings all show us as much.

Luxemburg also stands as an important symbol of resistance. She continued her socialist writing even from prison and briefly but brilliantly intervened in the revolutionary tumult of 1918–19, before her brutal murder by right-wing soldiers who later flocked to Nazism. Today she is celebrated for diverse reasons, from her support for revolutionary upheaval to her alleged pacifism, her love of plants and animals, and often for her insistence that freedom is always “freedom for the one who thinks differently.”

In today’s world of crisis, with mainstream social democracy collapsing and the far right on the rise, many on the left would give anything for such a passionate socialist to lead us out of our political disorientation. And there can be no doubt that Rosa Luxemburg remains an icon of socialist theory and practice.

The risk, as we mark the centenary of her death, is that overly sentimental look at the past can often prevent us from firmly grasping our future. If humanity is to have any chance of surviving the coming environmental and economic crises and the capitalist system that causes, them we have to spend less time romanticizing the past and more studying what we can actually learn from it.