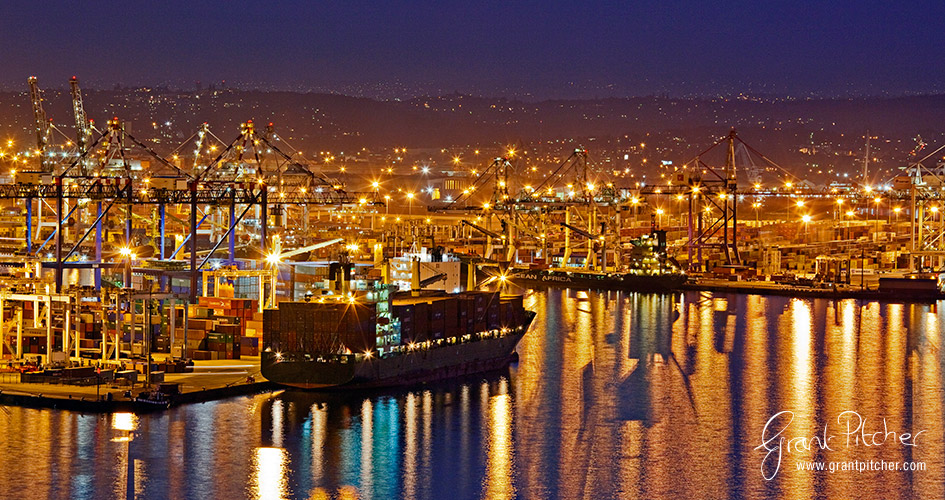 The approval last week of a $200m loan from the Brics New Development Bank to expand the Durban container port happened without the Sandton-based bankers conducting adequate consultation or analysis. This is unacceptable in a democratic society, especially for such an important and controversial project.

For decades, the South Durban Community Environmental Alliance, which has members from all races and classes, opposed the polluting port-petrochemical complex. Container trucks are especially damaging, with one careering off Field’s Hill in 2012, killing two dozen kombi passengers — one of an annual average of 7,000 truck crashes in Durban. The alliance is opposed to the massive truck logistics park proposed for the Clairwood Racecourse due to its safety threat to nearby schoolchildren.

Although concessions were belatedly won from Engen, BP and Shell on long-overdue sulphur scrubbing at the continent’s largest refinery complex, it was not long ago that Merebank’s Settlers Primary School had a 52% rate of asthma, the highest recorded at a school. Leukaemia rates in South Durban are 24 times the national average.

This expansion is occurring when the South Durban Community Environmental Alliance is demanding a local fossil-fuel detox, as are many other organisations across the world, due to the looming catastrophe of climate change. The evidence is growing ever more obvious: during October 2017’s super-storm, a ship lost its moorings and blocked the Durban harbour. The containers that tumbled overboard spilled 49 tonnes of plastic nurdles that continue to destroy marine life.

Transnet’s oil pipeline was originally budgeted at R6bn. In addition to incompetence in mega-project design — as even former public enterprises minister Malusi Gigaba confessed in 2013 — one reason for the massive cost overruns was the line’s rerouting from the mostly white areas of Hillcrest and Kloof to South Durban’s black neighbourhoods. The alliance is opposed to Transnet’s environmental racism.

Moreover, the University of KwaZulu-Natal’s Centre for Civil Society and Birdlife SA also challenged Transnet’s environmental impact assessments in 2012-14 due to historic climate denialism and the harbour’s ecological degradation, forcing further delays until Transnet reworked its proposal — but still not to the critics’ satisfaction. The likely collapse of the large sandbar near the container terminal will demolish vital bird and marine breeding grounds.

Citizens now care much more about Transnet’s poor governance. Few were surprised by information in the media about alleged fraud associated with Transnet CEO Siyabonga Gama’s attempted R1bn illegal procurement contract with the German firm SAP, a confessed ally of the Gupta family in other improper deals.

Brics bankers may need reminding that Transnet received a loan of $5bn from the China Development Bank during the 2013 Brics summit in Durban. Gama and Transnet’s then CEO, Brian Molefe, contracted Chinese state-owned Shanghai Zhenhua Heavy Industries to build the world’s most overpriced container cranes, which included pay-offs to the Gupta brothers’ empire.

Transnet’s dollar-denominated loan will add to SA’s potentially unrepayable foreign debt, which recently rose to more than 50% of GDP for the first time

Because of the loan, South China Rail supplied locomotives, but with 21% kickbacks to the Guptas worth more than $400m.

Durban is already one of the world’s most expensive ports for container handling, even before an expensive new foreign loan for overpriced infrastructure is factored in. Transnet also fails to consider rising world economic volatility, such as President Donald Trump’s protectionism against South African steel, aluminium and car exports, and the general downturn in world trade (measured as a share of GDP since the 2007 peak). 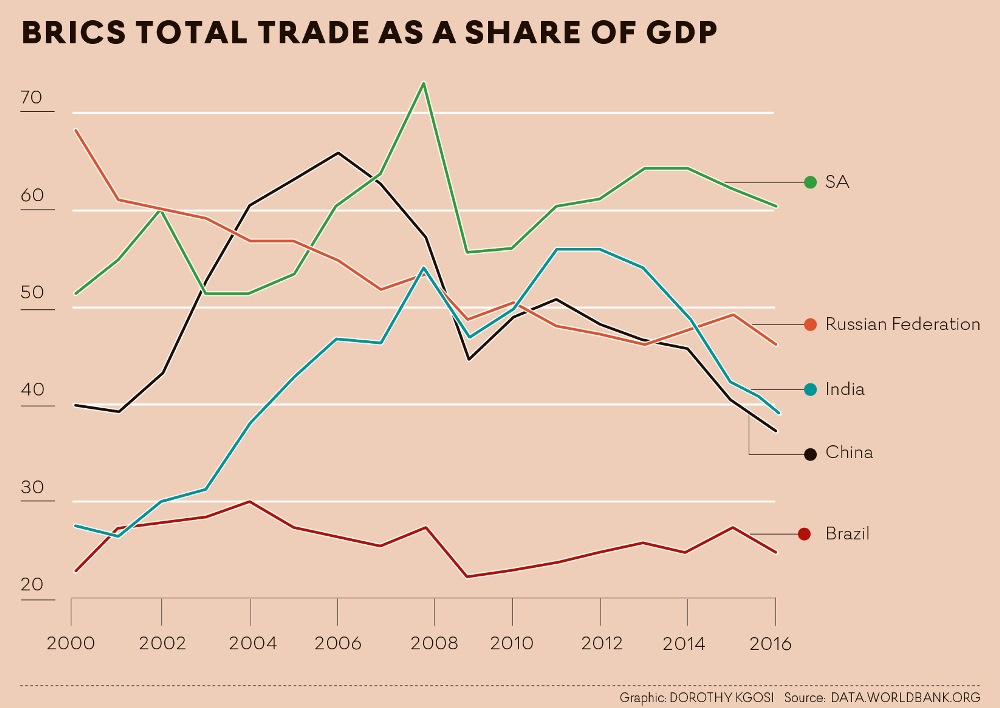 Two other revealing indicators that move in tandem are the global commodity price index — though of more relevance to Richards Bay and Saldanha than Durban — and the Baltic Dry Index, the best indicator of world shipping’s health. The S&P commodity price index reached 5,900 in 2008 before falling to the 1,500-2,000 range since 2015. The shipping index fell even further, from 11,500 in 2008 to below 1,500 since 2014.

The 2012 National Development Plan insisted on expanding the port-petrochemical complex all the way into the old airport, as a new “dug-out port”. Reality intervened in 2016, when Transnet was forced to announce a delay until 2032 due to flat shipping demand and sky-high costs.

Transnet’s dollar-denominated loan will add to SA’s potentially unrepayable foreign debt, which recently rose to more than 50% of GDP for the first time. Severe repayment pressures are expected by Treasury within a year. This loan — like the $3.75bn World Bank loan to fund the Medupi coal-fired power plant, to which the South Durban Community Environmental Alliance led national opposition in 2010 — should be declared “odious debt” that a more democratic future government will declare to be in default due to lender liability, corruption and poor planning.

Last week, Finance Minister Nhlanhla Nene became chairman of the Brics Bank. Nene laudably fought the R1.4-trillion Rosatom nuclear reactor deal in 2015, when it appeared imminent due to memorandums of understanding signed by Jacob Zuma at the Brics summit that year. As a result, Nene was fired in December 2015 — supposedly so he could become the Brics bank’s local branch manager.

Nene should educate himself on why the bank’s Africa regional centre in Sandton was slated in November 2017 by Auditor-General Kimi Makwetu on grounds of R2.5m in “fruitless and wasteful expenditure”.

The Brics bankers may be beholden to the Brics Business Council, whose five South African members include Gama and Mediterranean Shipping Company director Sello Rasethaba.

The South Durban Community Environmental Alliance will be protesting against this loan and other features of corruption, maldevelopment and climate change at the Brics Business Council when it comes to Durban and at the Brics heads of state meeting in Sandton in July. Similar protests in 2013 evidently did not work — not even enough to get consultation on the $200m loan — so activists must redouble their efforts and society must be vigilant against ongoing residues of these Zupta-style mega-projects.

Posted in Campaigns to Dismantle Corporate Power Tagged with: BRICS