Last night (22 May 2017) two people lost their lives and 12 others have been hospitalised following violent clashes with Ekurhuleni Metro Police and the Red Ants in Ivory Park. That day about 600 houses were demolished by the EMPD following land invasion in ward 133 at Ivory Park 3.

As the community we are aggrieved that there was no formal court order or meaningful engagement with the affected parties. We have been raising the issue of access to land for a very long time but the government has failed to engage us on this matter. We cannot afford to act as if it’s business as usual when marginalised communities are been treated like this by the elected leaders. We are tired of lip-service, we want delivery especially around providing decent housing for the poor. 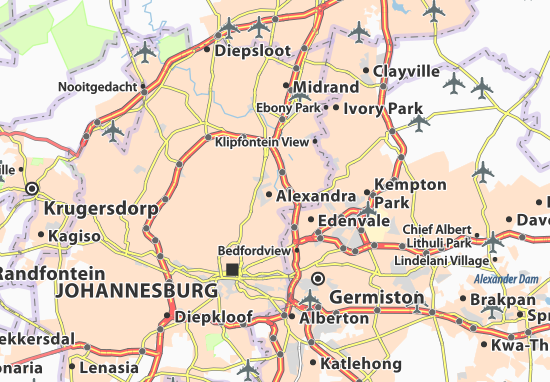 When the day begins, no one knows what comes with it and how it is going to end. We can all make plans but whether they materialise or not is out of our hands as humans. This is exactly the case for the community of Ivory Park in Midrand Johannesburg. This is the community that was settled near Tembisa location in Gauteng in the early 90s. It is important to look at how Ivory Park came to be so that the reader can understand the pain that is felt by the people of Ivory Park now.

Stories told by our elders reveal that people who currently live in the area were residents of squatter settlement in Oakmoor. They stayed years in the shacks praying and waiting for the time when they would given a space of land to put their structures and live a better quality of life. In early 1991/2, through perseverance of the old man called Song and his comrades they were later allocated land on a farm owned by a white farmer popularly known as Mdlovoza. The location started growing from there transforming from shanty town to the way it is now. But it must be appreciated that the population of the area also had to grow as it also grew. This is the story that can be super imposed of many other place and black townships and fit perfectly.

People of Ivory Park occupied a piece of land along the Eskom line and they put up shacks. This action was criticised by other community members. They made the obvious argument that the land near pylon is not safe and should be left untouched. This argument however sounds the same as telling the mother of hungry child not to go find food because it is dangerous. The desperation of needing a space to stay supersedes the potential dangers. The cost of living goes up daily and so does the level of unemployment. Nobody should expect any other person to stay as a tenants forever. Those are part of reasons given by people who occupied Dali Mpofu extension 4. The risk of danger, including from the law such as brutal Metro police did not deter occupiers.

Everyone understood exactly what they were putting themselves into and they knew that they were putting their bodies on the line. But nobody was expecting what happened on the 22nd of May 2017. This day started like any other day with those working prepared themselves for work and traders got their goods ready. The mood in the community started to change on the arrival of Ekurhuleni Metro Police officers. They came in and camped near the occupied area. Many were surprised as to why such large contingency of law enforcement officials would be there. However, people dismissed the seriousness of the situation by saying they stay in City of Joburg and EMPD would not encroach on their territory. 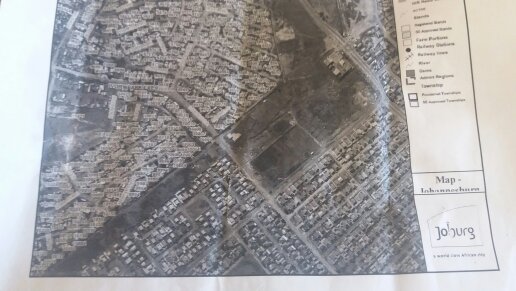 Things turned from bad to worse when the officer who was in charge inspector C. Nyathi told residents that his mandate was to demolish all structures which were there and was giving people one hour to remove whatever they could from the place. He had in his hands the map printed, allegedly from City of Joburg offices. That aerial photograph showed many things including a bold solid border around proclaimed stands in Ivory Park. This photomap was then said to show that occupation was happening in Ekurhuleni and therefore had to be demolished.

This goes to the heart of the current discussion and debate on land. The political parties are beating each other with a dead snake. Each tries to own and gain relevance to their constituencies. These debates form part of cultures of that are developing within communities.

Re-look at what the Constitution promised South African citizens:

That would mean looking at the sections talking to issues of land, housing and basic services. Section 25 of the Constitution,in particular, 25 (5) mandate action to “enable citizens to gain access to”, ensure the security of tenure for those denied it in the past and allow for restitution of land they were disposed of in the past. 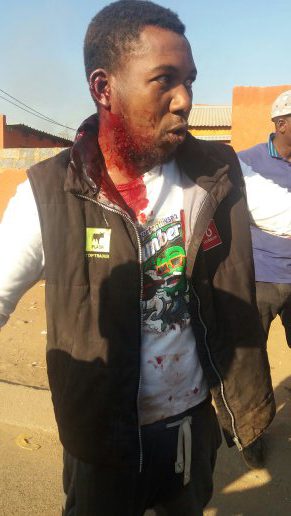 The state has failed to effectively use the powers it has to improve the lives of ordinary citizens. When we see the dissenting voice being crushed and the communities brutalised in this manner under democratic governance, then we know that the train has been derailed absolutely.

Looking at the events of the 22nd May 2017. The metro police is an institution tasked with enforcing the bylaws within metros. When it comes to dealing with land occupation matters, they usually employ the services of famous Red ants company to demolish and clean up. It is understandable that due to the resistance that arises during this process the metro police used rubber bullets to disperse protesters.

The events that happened in Ivory Park surpass any and all expectations.  21 people were critically beaten up, 1 lady raped, several theft and robberies. When the day ended it was reported that 2 people had lost their lives. Confirmations upon further investigation revealed that the 2 that was reported dead were actually in the intensive care unit at the Tembisa Hospital. One of them unfortunately lost his life Comrade Samuel Mabunda (32).  Mabunda ran a saloon and shoe repairs shop near where occupation is taking place.

It is important to highlight that even when his comrades were raising their hands, showing that they were not fighting but only needed to rescue him from where he was lying. Nonetheless, the red ants together with police were charging at them shooting and injuring many more. It took about 20-30 minutes to get to him.

When one analyses the tactic that was effected to demolish the shacks in Ivory Park is rigged with many questionable loopholes and it would be very important to put a fine comb through it to determine whether the human rights and other laws were tramped on. Personally, I believe that criminal charges should be laid on whoever is responsible for the carnage that happened with the sole purpose of instilling fear, pain and shrink the space for dissent.