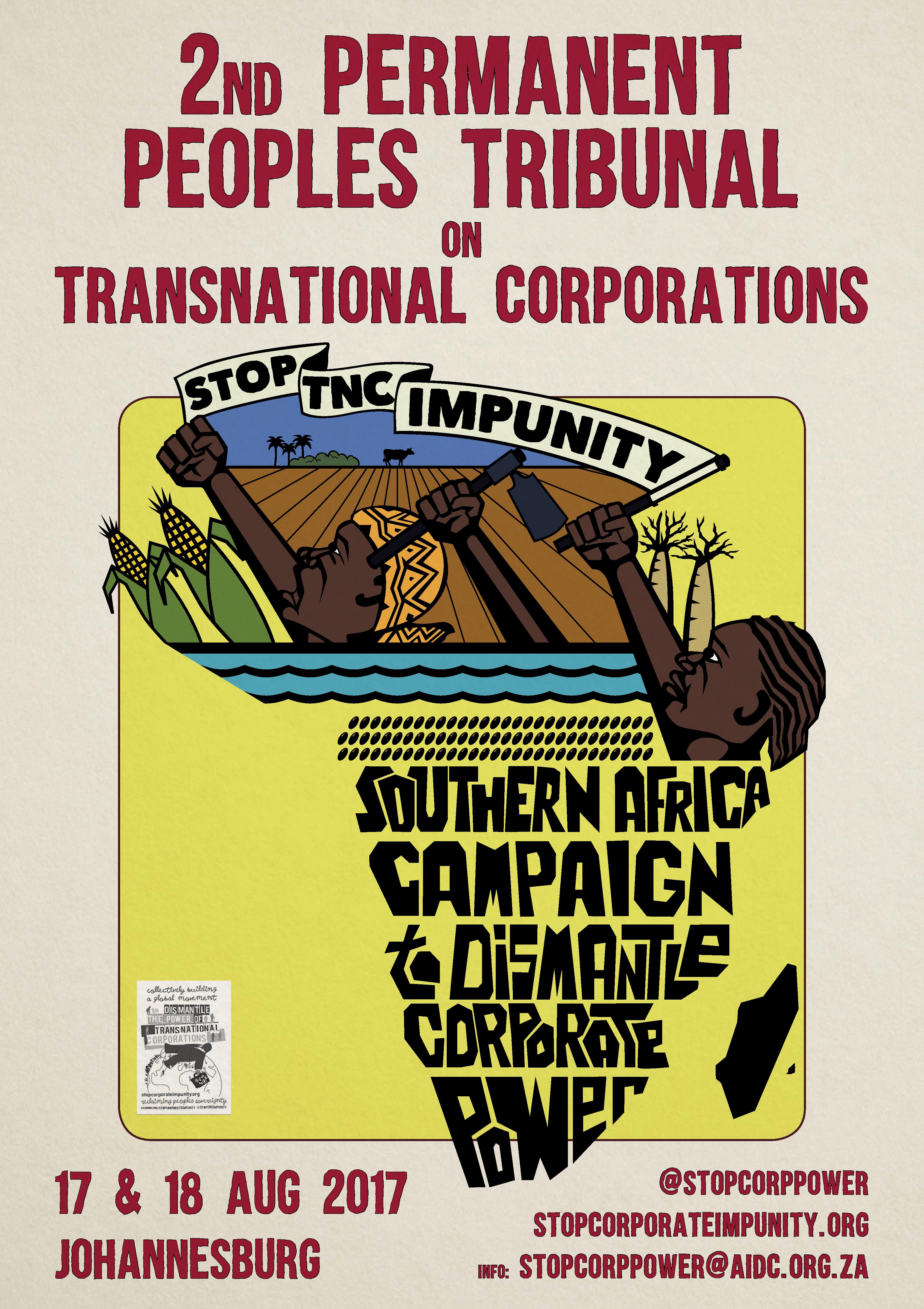 The Tribunal takes place on the 17th & 18th August at the Old Women’s Jail at Constitution Hill, Johannesburg, South Africa. Following the 1st Session of hearings which were held in Manzini, Swaziland, in 2016. During this Tribunal, 7 communities and movements from the Southern African region will give testimony to the violations of their human rights, environmental rights and the Right to Say No!

They will present their cases to a distinguished panel of jurors including:

The cases that will be presented cover how transnational corporations destroy food and seed sovereignty, steal from Southern African peoples through illicit financial flows and tax havens, demolish forests which have been the life source for indigenous communities and worked with states to oppress dissenters through imprisonment without charge.