It´s been 8 years now since Operation Hakudzokwi (Operation No Return) was launched by the national army at the Marange diamond fields in Zimbabwe. More than 200 miners were brutally murdered and scores of women and children sexually assaulted in a military attack launched in collaboration with two Chinese mining companies. But no one has been prosecuted or held accountable.

October 2016, marks 8 years since the Army of Zimbabwe launched a three week-long brutal attack on the people of Manicaland Province, home to the Marange Diamond Fields. Eight years later, diamond mining in Zimbabwe is no harder than before. 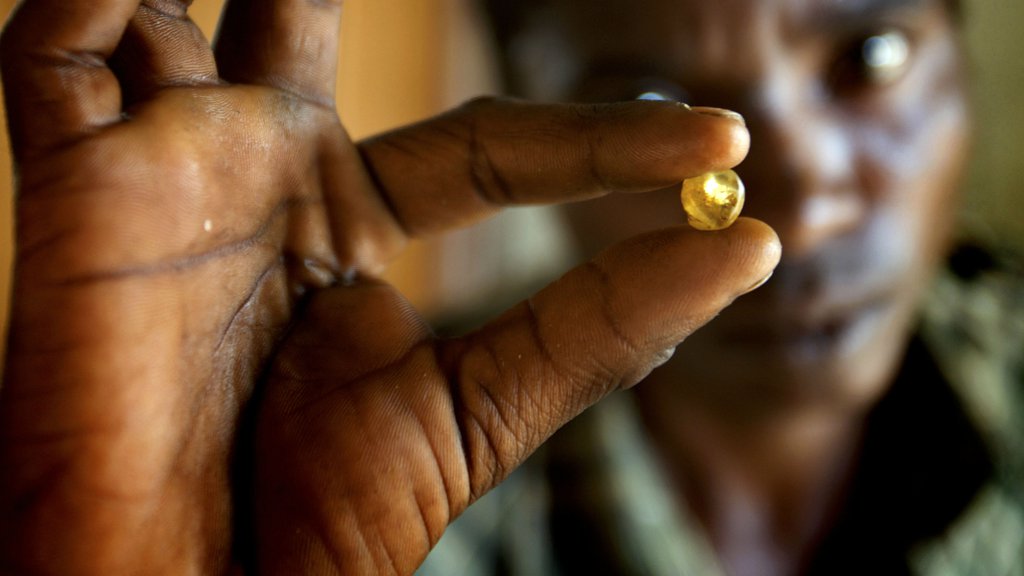 That day in October began a three week-long scourge of brutality, during which 214 miners were killed, and forced labour, forced relocation and sexual assaults were an everyday occurrence. Farai Maguwu, Director of the Centre for Natural Resource Governance (CNRG), gives an account of what happened in one incident during that period, on 1 November 2008: “That day, the Zimbabwean military forced many women, men and children to a central point. The army’s plan was to punish artisanal miners, and make sure that any resistance is destroyed. The first thing they did was to make all the women undress. “They assaulted them to break their resistance. Then the army selected young women whom they wanted to rape themselves, and took them aside and raped them. After that they forced artisanal miners to have sex with women. They forced a 15 year old boy to have sex with a 70 year old woman.”

A Human Rights Watch report, drawn from interviews with women living on the diamond fields, said that they suffered abusive and degrading treatment by the police. This included strip-searches where policemen inserted fingers into their vaginas, allegedly searching for hidden diamonds. Other women interviewed said that some police officers stationed in the area would gamble over women, and the winner would rape his “prize”. 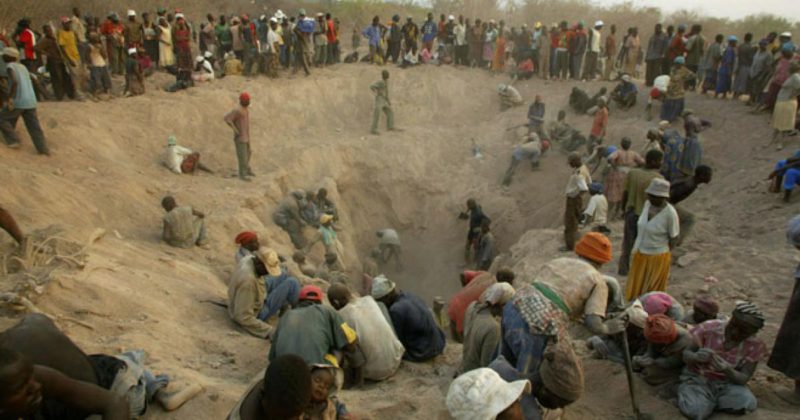 Few Chinese corporations have a good reputation with mining communities in Africa. In many mining communities, the companies who have set up operations nearby or on the land from which they were forcefully removed, are known mysteriously as “The Chinese”. The companies are shrouded in secrecy, and contact with their headquarters in China is nearly impossible.

After the diplomatic fallout between President Robert Mugabe and his former business partners from the West in the early 2000s, the Look East bilateral trade relationship made China Zimbabwe’s largest trading partner and investor. During Maguwu’s presentation at the Tribunal, he showed a photograph of Mugabe smiling brightly next to an army general and officials from Anjin, holding their mining license. In March this year, the Zimbabwean government “shut down” private mining companies, with Mugabe claiming that the country had lost $ 15 billion due to illegal outflows of diamonds and profits by these companies. In a sly move, they were allowed to resume operations only with forced part-state ownership. For example, the state-owned Zimbabwe Mining Development Company (ZMDC) owns 50% of Jinan. Anjin is 10% owned by the ZMDC, and as mentioned earlier, 40% by the Ministry of Defense.

Lenin Tinashe Chisaira is a lawyer with The Zimbabwe Environmental Lawyers Association who also presented a case on the Marange diamond fields at the Tribunal. He says that AFECC are notorious for physical harassment and even beatings of their workers. In 2012, the lowest paid worker at Anjin was getting US$235 per when the Zimbabwe poverty line stood at US$560. The companies have attributed the unhappiness over long working hours to “cultural differences” as Chinese nationals often work long hours.

Pollution is rife – silt laden water with large amounts of carcinogenic ferrosilicon is being discharged into the Save, Odzi and Singwizi rivers. ZELA is currently involved in litigation with five community members against Anjin and three other companies. But one of the biggest barriers to justice for the people of Chiadzwa is that lawyers are totally unaffordable.

So what steps towards justice have actually been made since 1 November 2008? From the side of the army and government of Zimbabwe, and AFECC – not surprisingly – absolutely nothing, except continuous statements of denial. Even though CNRG consistently requested answers from the authorities, they were only responded to in the media, if at all. Maguwu presented a report to the state requesting a commission of enquiry only to be shut down. And even though the EU placed sanctions on Zimbabwe in 2002, several countries fought with determination to have those lifted on the diamond trade.

But ultimately, South Africa was the leading voice demanding the lifting of the KPCS ban on Marange diamonds. In June 2011, Susan Shabangu, then Mining Minister, demanded an unconditional lifting of the ban at the KPCS Intercessional in Kinshasa, saying “while we acknowledge irregularities, we also believe Zimbabwe is compliant with the minimum requirements”. And even while the status of the diamonds as conflict-diamonds was still under discussion, Linda Makatini, who is a close ally of President Zuma, reportedly purchased diamonds worth US$1 million from Zimbabwe.

By Ilham Rawoot an Amandla! correspondent

The first session of the Southern Africa Permanent Peoples’ Tribunal on Transnational Corporations took place in September in Swaziland. Activists presented cases to a panel. Amandla! 47 contained a general article about the tribunal and brief summaries of some of the cases. Over the next few issues of Amandla! We will present fuller versions of these case studies.

The first of this series is based on the case presented by members of the community of Chiadzwa, the Centre for Natural Resource Governance and the Zimbabwean Environmental Lawyers’ Association.

To learn more about the Tribunal and the Southern Africa campaign to Dismantle Corporate Power visit www.aidc.org.za and follow us on Twitter @StopCorpPower