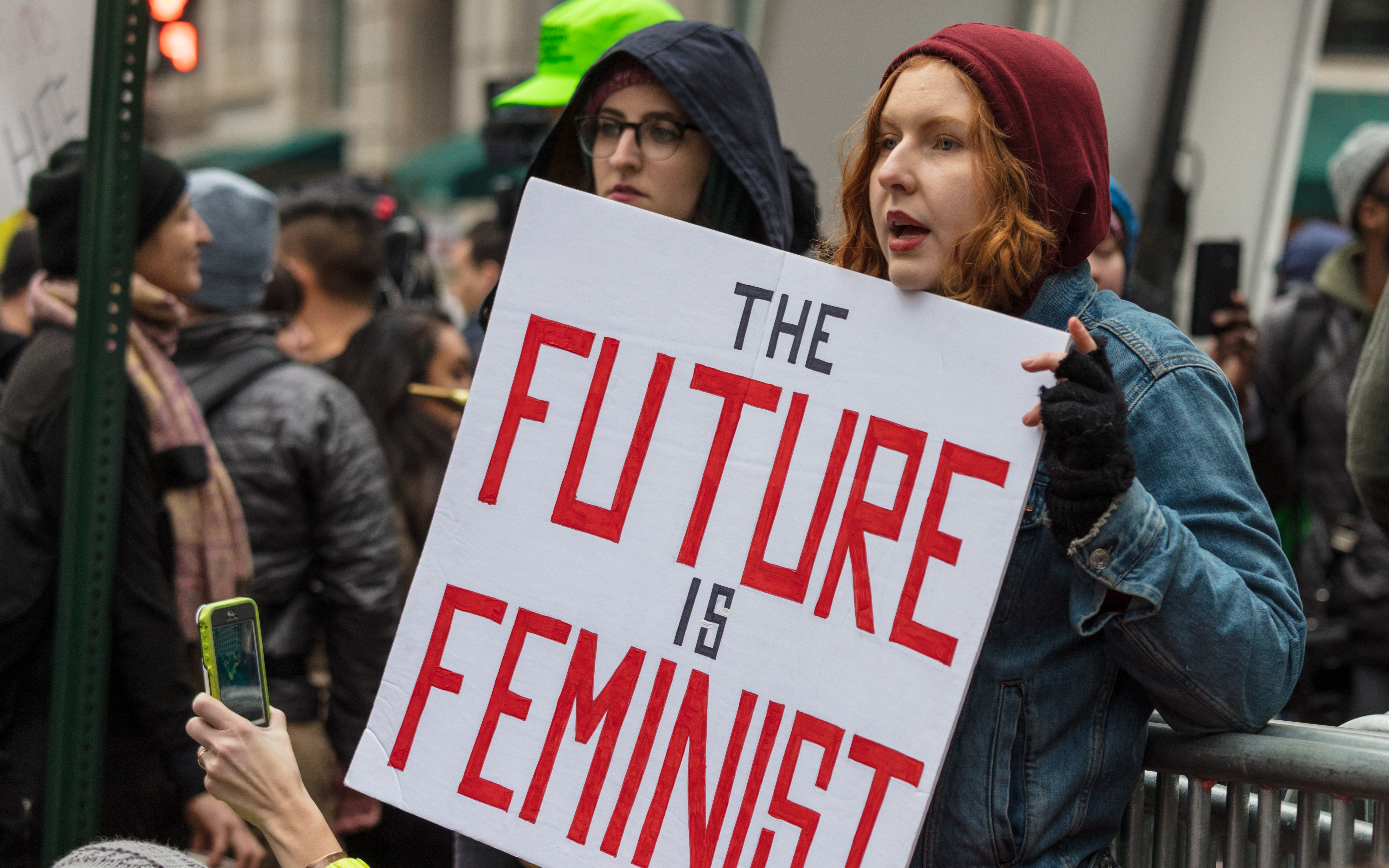 For feminists from the second half of the last century, taking violence against women seriously involved a long and difficult process. It was a process of politicising both the extreme and the seemingly benign violations that women experience by virtue of their gender. One consequence of this was to ask challenging questions about what “political struggles” are about and for. So, for example, feminists questioned the belief that rape is something done only by “morally, sexually and psychologically depraved” men and boys. Rape, they argued, is the logical (though extreme) consequence of socialising boys and men to demonstrate sexual and symbolic prowess.

Another example of a difficult question: is harassment harmless teasing or innocent compliment-paying? Feminists made it clear that the objectifying scrutiny of women’s physicality and the commentary about it keep gender hierarchies in place: women are repeatedly reminded that their true role in life is to be desirable to men. Stepping out of this role requires being brought – subtly and often not so subtly – into line.

The current activism, advocacy and expressions of outrage around sexual violence build on feminists’ battles to raise challenging questions in the public domain. Both in South Africa and globally, organised campaigns, social media mobilising, marches and various public protests mark a new wave of action.

But the responses are in fact very diverse. They include:

• The first MeToo campaign in 2017 run by a black activist with poor young women;

• Slutwalk marches in contexts including Reykjavik, Toronto, London and Johannesburg;

• The advocacy and protests of the South African NPO, People Opposing Women Abuse (POWA), which has worked mainly with poor women for over 30 years;

• The South African #TotalShutDown protests in August this year;

• Nationwide anti-rape protests in India in April; and

• Blank Noise, an Indian campaign focusing on caste and class in women’s experiences of violence.

What are some of the differences among these responses? More specifically, how is each located in a world shaped not only by gender, but also by intersecting power relations involving, among other things, race, class, neo-imperialism and neoliberal ideology? Moreover, how does this world not only create and maintain power relations, but also shape men’s and women’s internalised ideological beliefs about who they are or should be?

Alongside their unqualified attacks on violence against women, these are some of the challenging questions posed by feminists committed to struggles for better worlds. For example, postcolonial and many black and critical race feminists insist that we must make full sense of how power works in order to discover new worlds of justice and freedom. And this means acknowledging subjective investments in neoliberal individualism and aspirationism, as well as racialised and gendered self-identification.

From this perspective, our experiences and responses are defined not only by our structural gendered positioning (i.e. all women are vulnerable to violence by individual men because they are women). They also have to do with class (certain women experience violence in distinctive ways that deprive them of the choices that women with more economic privileges and cultural capital have). They can be affected as well by socialisation and specific reactions to this (for example, internalising socially prescribed compliance and submissiveness out of fear of others’ judgements or loss of support). Hetero-patriarchy, which conditions us from childhood to adopt prescribed sexual roles of masculinised agency or feminised compliance, is also a powerful socialising paradigm.

How we respond to violence can also be influenced by neoliberal ideology encouraging us to understand the world only in terms of individualised pain and humiliations. We then perceive “freedom” as an individualised triumph over personalised traumas and challenges. 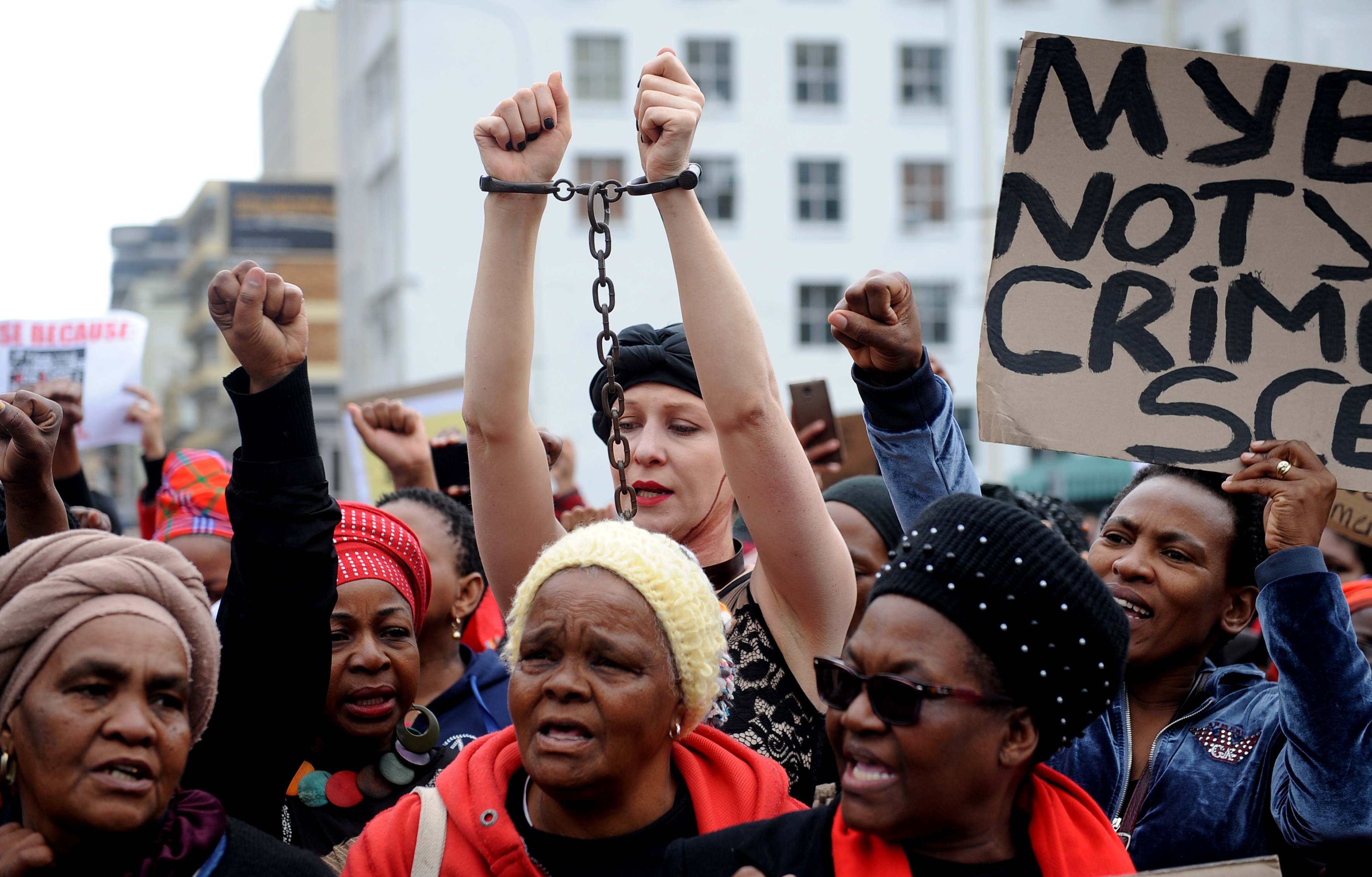 How to respond to violence

Feminist responses to violence have also yielded various solutions. “Carceral feminists” believe that those affected by sexual violence must be served by the criminal justice system. Others argue that imprisonment reinforces authoritarianism and a hyper-masculinised status quo. For them, aggressively punitive “solutions” generate further spirals of sexual violence. Such feminists would advocate deep-seated gendered, socio-economic and ideological transformation because they believe that only radical change will truly shift the ways that people relate to one another.

Clearly, then, carceral and transformative feminists hold very different political views. Those insisting on imprisonment retain a fundamental belief in many institutions defending the existing status quo. This is reminiscent of the liberal feminist orientation – originating in the West centuries ago – that is based on the aspirational struggles of middle-class women. This orientation does not focus on radical socio-economic transformation or the fundamental overhaul of patriarchy. And it is very much alive and well in both the global south and north. In contrast, transformative feminists take class, imperialism, race and ideology squarely into account. For these feminists, all social struggles must be interconnected and geared towards holistically challenging ideological and structural oppression.

Complicating but highly urgent questions have therefore been raised among feminists around sexual violence. Many indicate that there are no quick-fix solutions to violence against women generally. Sexual violence is always manifested in certain contexts under particular conditions in specific ways. It has also been shown that even “carceral” and “transformative” strategies, which have diverging political aims, can intersect in realistic responses to urgent and immediate challenges.

Generaly, therefore, analysis, strategising and goal-setting around violence have become the subject of feminists’ rigorous questioning. Some raise questions about entanglements of social-psychological response, learned identity and identity performances, class privilege and invisibility, and heterosexual “normalcy”. They point out the inherently authoritarian, violent or flawed context in which legal and other regulating and public protecting or opinion-making mechanisms (including the media) operate.

I have been struck by the courage of feminists recently raising these concerns. I find them courageous because they speak out at a time when – it often seems to me – being “seen-to-be-feminist” is equal to not asking challenging questions about how power works in intersectional, self-identity-making, contextually-specific and relational ways.

Two examples demonstrating this courage are Margaret Atwood (a Canadian feminist fiction-writer) and Lisa Duggan (a lesbian feminist academic who focuses on neo-liberalism). Between last year and this, both have criticised high-profile harassment cases involving university professors. And despite their track records of radicalism about patriarchy, heteronomativity and capitalism, both have recently been condemned as a “bad feminists”. 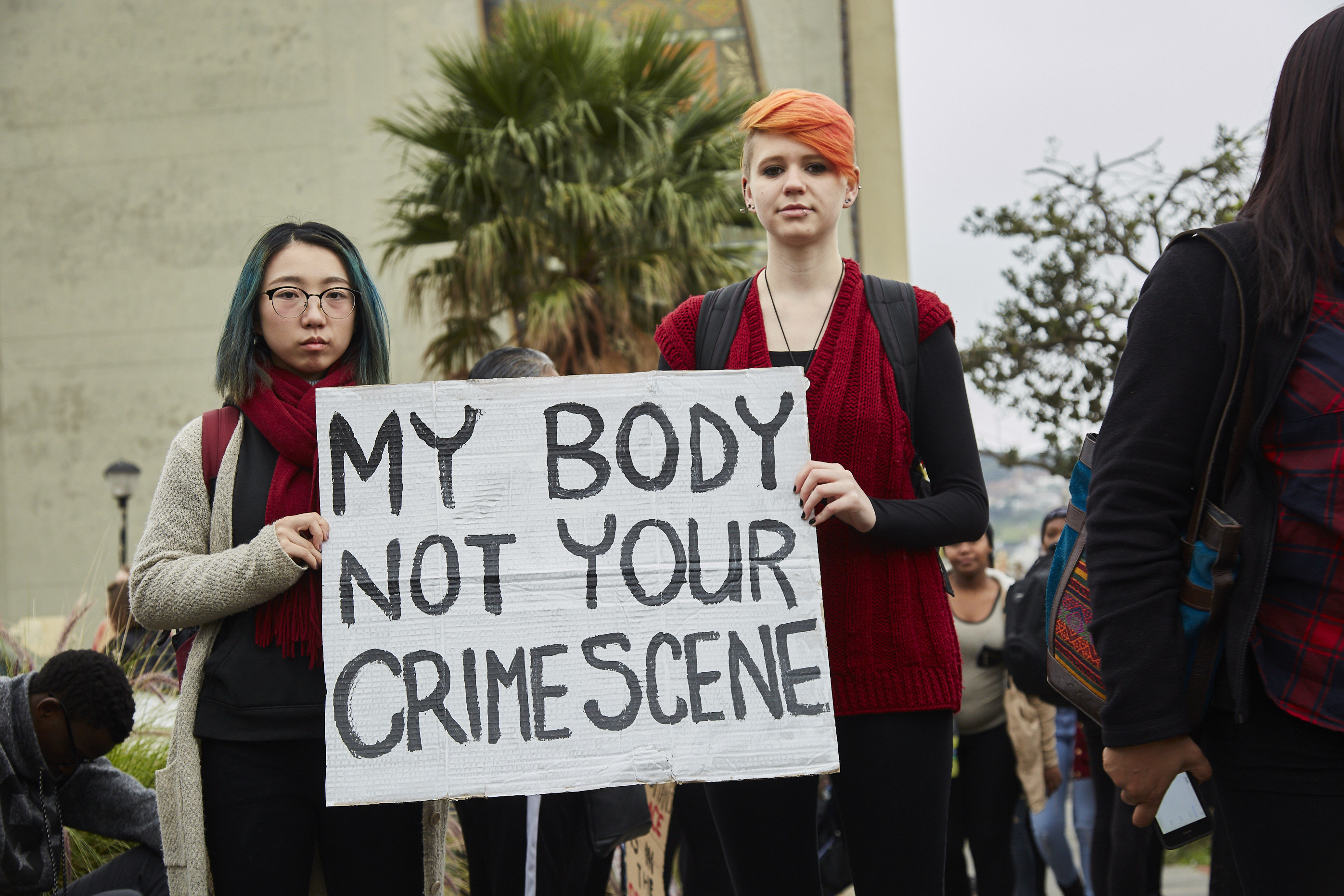 At face value, the call to “listen to women” addresses the demand – expressed by many feminists – that we must act on complaints of sexual violence and other gender injustices as major violations of human freedoms and justice. And we must do so in patriarchal worlds where women’s voices are usually silenced. But when this call is invoked outside of the context of its conscientising purpose, it becomes meaningless. It literally implies that women are two-dimensional beings lacking in complexity and incapable of not telling the truth.

The powerful and still necessary rhetorical demand, “believe women”, must continue to resonate as a political intervention. But when it is mechanically applied as a kind of principle for action it leads to an ethical and political morass, and definitely not feminist transformation.

Another subject that Atwood and Duggan raise is the role of the media as well as administrative and policy-related procedures that seem to defend justice. These, they argue, can revert to stereotyping frail and constantly victimised women, totally innocent about the messiness of sexual relationships and incapable of making choices or dealing with confrontations. Social and print media may describe in laborious detail the anguish and paralysis of persecuted women or subordinate men enduring long periods of harassment because they felt that they had no agency or power to speak out, lay complaints or confront their accusers.

Some South African media reporting has illustrated this. And it is also noteworthy that stories are often told about metropolitan, middle-class and professional women. Important too is the media depiction of relatively powerful women (for example, academics, music and media icons or professionals) in ways that reinforce a sense of their absolute victimisation, powerlessness and vulnerability.

Currently, patriarchy is unleashing renewed backlashes against women entering previously male-dominated worlds, especially in contexts like South Africa and India. This means that we cannot under-estimate the corrosive and often invisible mechanisms that (materially and emotionally) erode women in relatively new positions of authority. At the same time, women such as American graduate students, academics and movie stars or many South African and Indian women professionals do have more power and access to justice than, for example, South African women farm workers, factory-line employees or cleaning service staff.

Consequently, it is disturbing (and for the relatively powerful women who are stereotyped, surely demeaning) when the media confirms two very troubling themes. One is the idea that these middle-class women have never had the power to speak out or resist: they have always experienced patriarchal working environments as impenetrable and overwhelming. A second is that detailed description of the personal obstacles they face reinforces liberal feminism. Accounts of personalised and classed struggles echo the liberal fixation with context-specific obstacles to certain women’s upward mobility. This classed progress occurs in societies that continue to exhibit deep injustices rooted in neo-liberalism capitalism, neo-imperialism, racism and hetero-patriarchy.

It is therefore telling that rarely in recent years has the South African media highlighted the horrific violence affecting women who continue to be coded as “dispensable bodies” – farm workers, domestics or migrant women. It is as though media interest in sensationally covering stories of socially prominent men or women were taking precedence over any politically motivated or principled attention to the key subject at hand: namely, violence against women. In fact, it is deeply disturbing that the media may end up turning a central political subject into a familiar, titillating tabloid narrative: the sexual intrigues and scandalous behaviour that lead to the toppling of prominent (and not-so-prominent) public figures.

South Africa continues to manifest outrageously high levels of violence against women. We dare not compromise our commitment to ending this. But we also should not fail to do what many feminists have always done: ask the challenging questions, demanding answers that lead us to just alternative worlds.

Desiree Lewis is a Professor in the Women’s and Gender Studies Department at the University of the Western Cape. She is committed to generating critical knowledge-making through teaching and writing in and beyond the academy. One of her main current research and public engagement interests is food in contemporary culture, representation and identity-making.