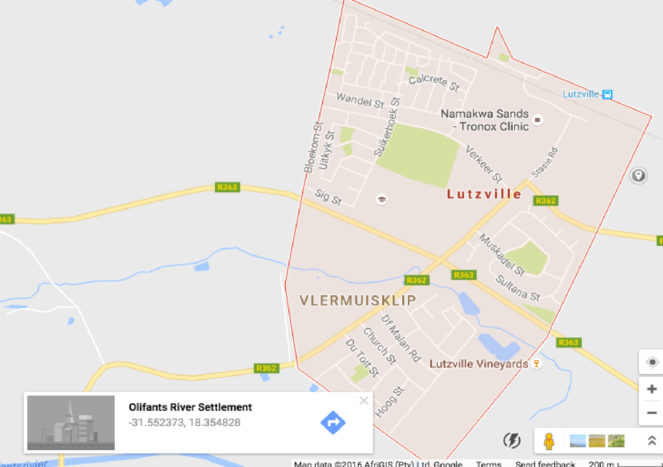 The Lutzville Community in the Matzikama district in the West Coast formed a solidarity committee to support the community of Xolobeni, in Pondoland in the Eastern Cape. The Lutzville community is facing problems from Australian companies mining titanium in their area. One of those companies has applied for a permit to mine in Xolobeni and the community has been resisting the mining of their land. The Lutzville community has been receiving bad treatment from these Australian companies. Workers are not being paid a living wage, when they go on strike they are victimised and fired. These companies are allowed to violate our labour laws.

Now the Lutzville Community want to broaden their struggles to fight against unemployment, farm owners’ exploitation, oppression, poverty and environmental degradation as a result of mining. The community approached AIDC to run a workshop with them so as to assists them conceptualise how they can fight the mining companies and other forces that they see responsible for the terrible living conditions they have to endure.

There were 18 participants in the workshop 6 of them were women coming from surrounding villages of Dorringbaai, Kliprand, Ebenheaser and Klawer.

The first day of the workshop was dedicated to popular education were we discussed how society is organised. We examined the social divisions in society and more specifically in the West Coast. The participants provided insights into the intersection between class, colour and gender divisions by examining who owns and controls the wealth and main assets in the area and society more broadly. We also discussed the role and nature of the middle class and the masses of industrial and farm workers. Furthermore we discussed how wealth is owned and how our society produces unemployed workers. Participants shared their experiences of the problems caused by unemployment such as crime, domestic violence, alcohol and substance abuse.

We then looked at the situation in the West Coast generally, the wealth, from marine and agriculture and massive commercial farms. Who owns this wealth and how production is organised and what share if any is controlled by local people. We questioned why local people are forced to being either seasonal farm workers, under-paid farm workers, mine workers and the massive sea of unemployed. What are the critical social, political, economic and environmental issues in the area? How these issues manifest themselves and how they affect the community at large? We discussed how the community can respond to such issues?

Participants acknowledged that there are weak community structures in the area. The political organisations are pre-occupied with jostling for electoral positions and less concerned about community issues. It was strongly felt that the community needs to organise itself into formidable social movements if they were to respond to critical issues facing them. There was a lack of community leadership and activists’ cadre to mobilise the community. This layer of activists cadre need to be organised and trained. The community lacks resources to use for organising itself but these need to be mobilised in a self-reliant way.

There is a lot human rights violation taking place on the farms and farm owners act as a law unto themselves. There seems to be very little monitoring from the authorities of the labour laws and human rights violation on the farms. The community has to take over the responsibility of demanding that the farm workers be treated with dignity and farm owners adhere to labour laws. The role of young women in the leadership of community campaigns was acknowledged and that the women should be specifically targeted to be trained as leading community activists. The participants agreed to commit to a process of mobilising the community and some campaign were identified around, unemployment, health issues arising from mining, service delivery and poverty generally. AIDC was asked to assist in the process of movement building and popular education.

Participants agreed to organise themselves. They will ask for AIDC to assists them with movement building and setting up community structures. The have identified a core of 6 activists to act as a steering committee. In the steering committee there are three young women who will be particularly targeted for future leadership. They will ask AIDC to assists them design campaigns around identified critical issues. These campaigns will assists them mobilise the community. They will also begin a process that will capacitate them for resource mobilisation.