What should we make of the SACP’s latest critical posture of the ANC rot: an audacity or a quagmire?

What should we make of the SACP’s latest critical posture of the ANC rot: an audacity or a quagmire? 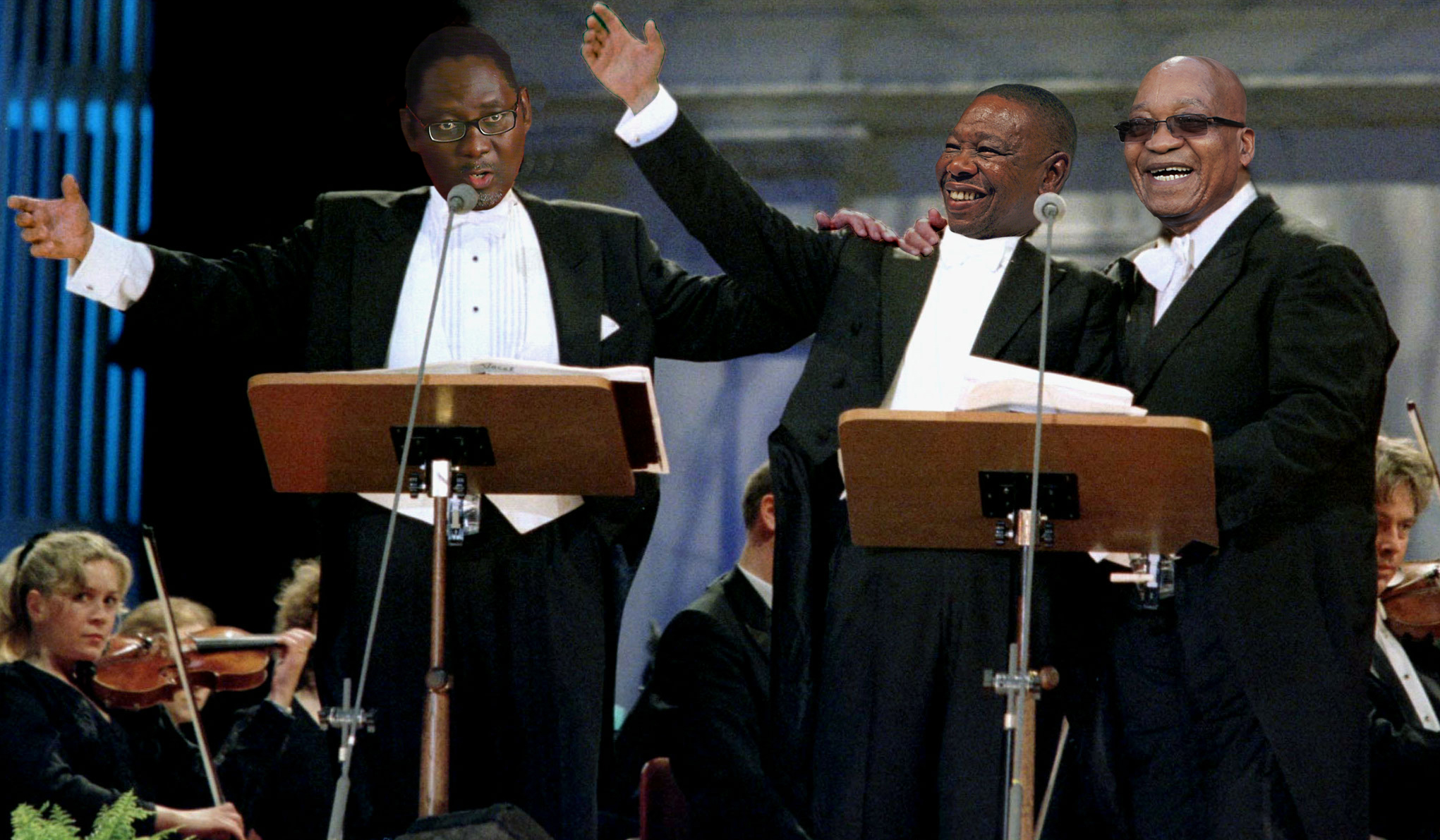 Over the last two years, the South African Communist Party (SACP) has been growing extremely critical of the ANC rot. After the State of Capture Report by the Public Protector last year, they came out guns blazing on President Jacob Zuma and his corrupt relationship with the Guptas. They openly said he should cut all ties with the Guptas. They were so scathing in their criticism of JZ, that they only stopped short of calling for his resignation at the time. The dropping of three prominent SACP Central Committee members from the cabinet after the 2014 elections seems to have soured relations between the ANC and SACP. The increasing dominance of the Premier League within the Zuma group, after the 2014 elections, is another factor that led to the alienation of the SACP from the JZ inner circle.

This year, the SACP grew more critical of the ANC and JZ’s leadership, particularly in the run up to the recent midnight cabinet reshuffle in which the Finance Minister and his Deputy were fired on account of a dodgy intelligence report. They initially threatened to resign en masse from the cabinet if Pravin Gordhan was fired. After the cabinet reshuffle, they openly called for the President to step down. They even participated in civil society marches demanding Zuma’s resignation, which attracted tens of thousands of demonstrators, on 7th April.

So what should we make of the SACP’s latest posture? Are they becoming courageous, such that they will soon breakout of the alliance impasse? Will they independently forge ahead with an audacious programme guided by the social demands of workers and the poor? Or are they getting trapped in a quagmire of noises that will not bear any meaningful result?

They have since capitulated on their threat to resign en masse from the cabinet after the reshuffle. A mass resignation would have had a political impact by shaming and condemning JZ. It would make it clear that the SACP was now drawing the line that they can longer tolerate any of the corruption antics by JZ. It is clear that the reshuffle was more about capturing the National Treasury as part of the Guptaisation of our state institutions by JZ. A mass resignation would earn them some of the respect they lost when they were active participants in the Zuma inner circle, since Polokwane, until recently when they fell out of favour.

The SACP has done some of the most despicable things as part of the Zuma group. They defended the unpardonable Marikana massacre, and called the striking workers “vigilantes”. They defended Nkandla saying that it is a “rural development” project and that the criticism is mainly “a propaganda by white people”. They led the charge for the expulsion of NUMSA from COSATU. Ironically this was for being critical of the JZ rot, pretty much the same as they themselves are doing now.

The current noises by the SACP, though correct, are not sufficient. The SACP is squandering an opportunity to break away into a new independent political mode and chart a way forward that would help the country not to slide into a tragic impasse as a result of the ANC crisis. Of all the ANC groupings (101 Veterans, MK Council, COSATU etc) that are openly critical of the ANC rot, the SACP is the most objectively placed to make a meaningful and impactful contribution. What makes the SACP uniquely privileged is that they are an independent political party. They are not an ANC structure (or a trade union like COSATU). They are therefore not constrained by the ANC internal discipline that has been polluted by the increasing power of dominant factions within the organisation, ahead of the December elective conference. That’s why courage is indispensable for the SACP. Sadly, lack of courage is their biggest weakness.

They keep on criticizing, without ever embarking on an action to really shake things up within the alliance or break out of the alliance, in an audacious way, and chart an independent socialist path. Only calling for Zuma’s resignation and bemoaning the ANC rot will not shake up things for the better within the ANC. This is a make or break moment for the SACP because the ANC can no longer be renewed from within. The rot is way too deep. Ordinary ANC members have been effectively sidelined. They don’t have a say in the affairs of the organisation. The dominant factions have appropriated all the power to themselves.

In fact, these dominant ANC factions have constituted themselves into a bourgeoisie that is based on accumulating wealth, using the state in corrupt ways. That’s why the moral condemnations of the ANC corruption, which is what the SACP’s criticism amounts to, can no longer have any impact. The ANC corruption is effectively linked with the class power relations within the state as well as the post-94 social power relations. The black bourgeoisie is a subaltern ally of the established white bourgeoisie that owns and controls monopolies across all the sectors of the economy.

The ANC is imploding in a chaotic way, like an “Empire of Chaos”, to borrow a phrase from Samir Amin. This implosion is going to continue until the ANC loses power. It manifests through endless corruption scandals, policy incoherence, loss of a sense of strategic management, and the ANC decline in prestige and electoral support.

That’s why only audacity will save the SACP’s relevance in our politics. For instance, since the SACP has already called for JZ to resign, they should easily mandate all of their members who are MPs to vote for the motion of no confidence in the president when it comes up in parliament. But they will not do so, because they lack the courage of their own convictions.

The question is why does the SACP lack courage? The answer to this question should go beyond the trappings of patronage networks, wherein they rely on ANC deployment to prop-up their political careers.

The main reason the SACP lacks courage is because it has no political independence from the ANC. It has no independent socialist programme worth the name. For most of post-1994, they continued the sterile mode, inherited from the exile years, of operating within the ANC, without a real independent socialist programme. They continued to pursue their struggle for socialism within the ANC political framework of the National Democratic Revolution.

The alliance has failed because it is based on the ANC political strategy, the NDR, which is not radical, despite the radical sounding rhetoric. The ANC is not radical, in that it is not anti-capitalist, and does not support socialism or any other form of egalitarian society. The ANC is trapped within the capitalist framework. Historically, particularly during the struggle against apartheid, the ANC was revolutionary in that it fully opposed apartheid. The ANC understood that apartheid could not be merely reformed, it had to be destroyed. So there was a potential to be radical if the ANC had elaborated a post-apartheid South African society from an anti-capitalist stance, with a meaningful social transformation perspective beyond political conquest. The ANC did not do so, and thus after 94 it made a full bourgeois capitulation and embraced neoliberalism.

The other potential for the ANC to be radical stemmed from its popular social base of black workers, township and rural communities. The alliance (COSATU and SACP), the Youth League, ANC branches, students, civics and other mass formations could have insisted on a radical social transformation programme that has a strong economic redistribution element for workers and other poor strata from the black community. Sadly that did not happen.

Now the ANC has become fully bourgeois and, on top of the neoliberal policy embrace, increasingly corrupt. It is rotten to the core, and that’s no longer reversible.

If the SACP had an independent political programme for advancing socialism, it would have used it to meaningfully to bargain within the alliance. It would have insisted on radical policy measures for the whole alliance. Instead, the SACP mainly sought accommodation within the alliance. Even their criticism of GEAR policy and neoliberalism did not come from a firm standpoint of a sound socialist programme. That’s why they were easily co-opted after Polokwane into the conservative Zuma inner circle. And they then defended the neoliberalism and the rot.

The SACP are trapped in a quagmire. Only courage and audacious measures will save them. Otherwise they are going to perish from the political scene, as the ANC continue to implode like an Empire of Chaos!

Gunnett Kaaf is political and community activist based in Bloemfontein. He has previously held leadership positions in the SACP Free State and in the YCL nationally.

3 comments on “What should we make of the SACP’s latest critical posture of the ANC rot: an audacity or a quagmire?”