Honest acounts 2017: How the World Profits from Africa’s Wealth

Honest acounts 2017: How the World Profits  from Africa’s Wealth 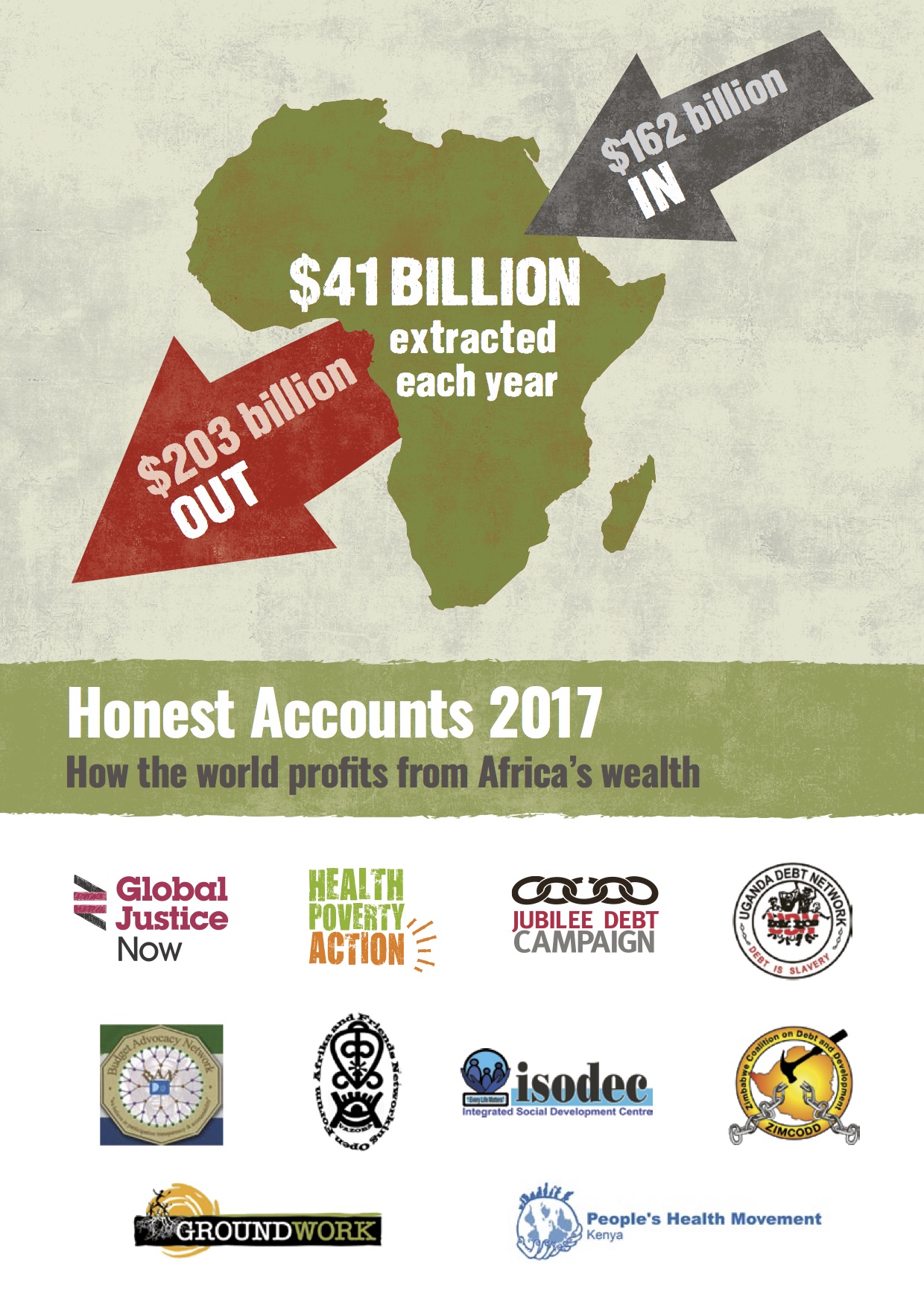 Global Justice Now and other campaign organisations released a report last week, which explains how Africa’s wealth is being stolen and smuggled out of the continent by multinational corporations, and give the facts.

According to the report:

“We find that the countries of Africa are collectively net creditors to the rest of the world, to the tune of $41.3 billion in 2015. Thus much more wealth is leaving the world’s most impoverished continent than is entering it.”

“African countries receive around $19 billion in aid in the form of grants but over three times that much ($68 billion) is taken out in capital flight, mainly by multinational companies deliberately misreporting the value of their imports or exports to reduce tax.”