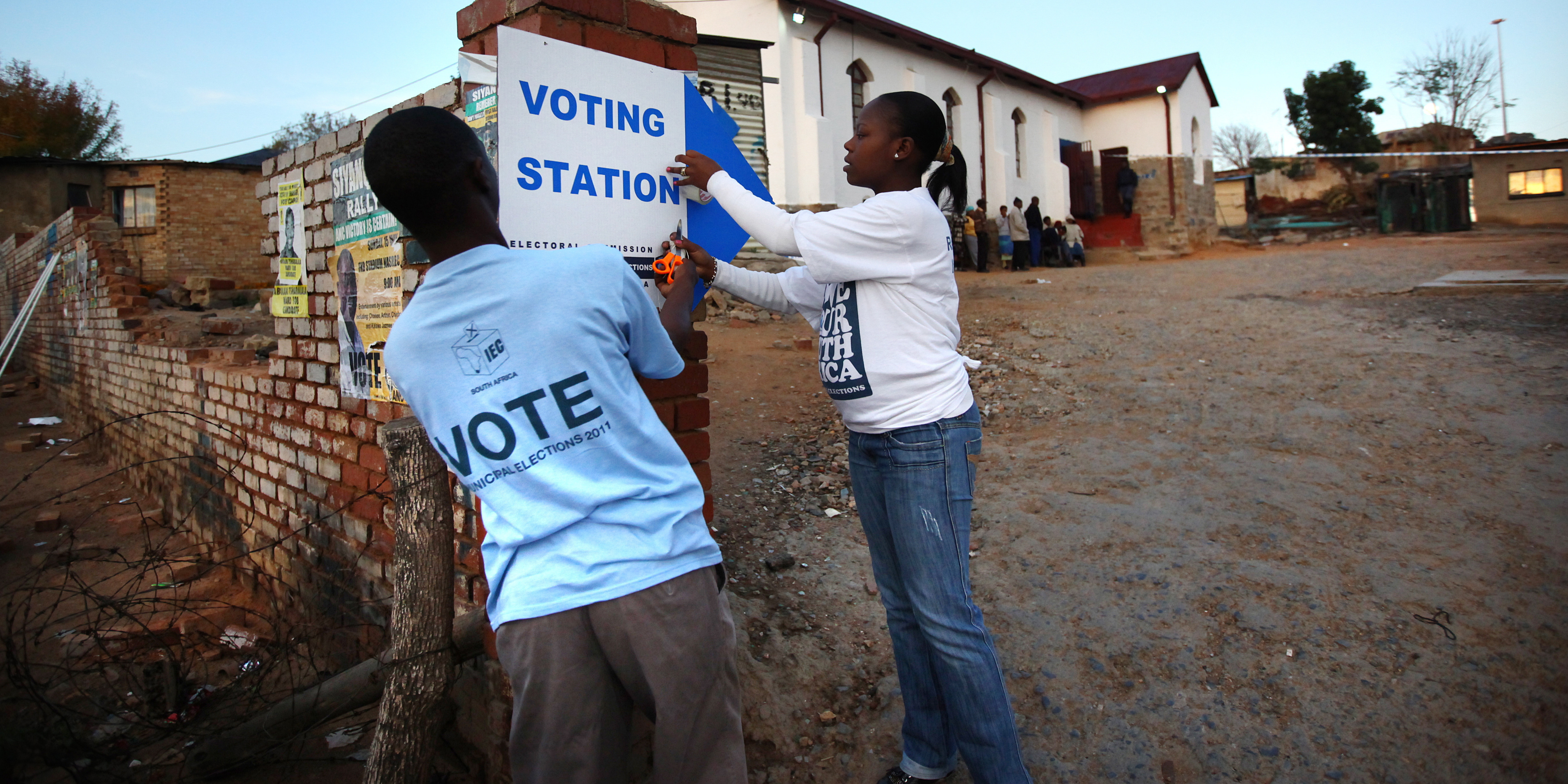 So we come to another election – the fourth including 1994. Increasingly, radio talk shows are populated by anguished would-be voters in despair at the choice before them. We can’t promise to solve that conundrum, just to offer a perspective.

Any such discussion must start with a review of where South Africa stands now. What is the situation that will face a new government and what kind of strategies are required to address them? And it immediately becomes clear that the change that is required is fundamental. The legacy of the ANC government of the last 25 years is devastating:

The state is failing.

It is immediately clear that, if this is the result of the existing policies, then they must change fundamentally if we want to achieve a different result. Black economic  empowerment has failed. All it has done is to create a predatory elite, based on massive corruption and cronyism. The neoliberal, subcontracted model of capitalism has failed. It is failing even in advanced capitalist countries. In South Africa it has led to expensive and inefficient service provision, as well as offering endless opportunities for super-exploitation of informalised workers and corrupt relationships between private suppliers and government procurement.

Secondly, the focus on extractive industries – digging rock and shipping it out – must be fundamentally changed. The President’s “back to the future” dream of restoring the South African economy through more energetic, more efficient mining, is not only an illusion. It is also dangerous. We have seen by now that it is not mining that creates significant numbers of jobs, nor is it processing of the mineral that is extracted. It is downstream manufacturing. And the manufacturing share of the South African economy is now half what it was in 1994. It is no coincidence that manufacturing has declined as unemployment has risen.

And thirdly, there cannot be a viable strategy for the South African economy without addressing the fundamental issue of climate change. If nothing else, Cyclone Idai has brought home the threat posed by runaway climate change.

In short, any party which fails to offer fundamental change, including a strategy to achieve that change, will not be capable of delivering “a better life for all”. The time for slogans is past.

Although a record number of parties will be standing in the national election one cannot say the voter is spoilt for choice. Very few get to the roots of the crisis facing South Africa. Most of the parties offer variations on the ANC’s failed policies.

Many voters are being sold the idea that there is a new dawn. The ANC is in the process of being renewed, they are told. There is a narrative that goes roughly like this: Ramaphosa has had to bide his time, just as he did in order finally to win the Presidency. But the biding will be over on 9th May. Then he will have a mandate to sweep away the rot and emerge with a nice, clean cabinet to lead a reformed ANC. So our duty as electors is clear – give the ANC the biggest mandate possible because to support ANC is to support Ramaphosa and the big broom.

Since the beginning of Ramaphoria, Amandla has been consistently saying that this is a dream. Ramaphosa is no great reformer. He expresses shock at the state of Eskom. Yet he was the head of Zuma’s war room established in 2014 to deal with load shedding. While we tend to be a forgiving nation, we cannot forget nor ignore his role in the Marikana massacre. The police intervened at his behest. His company Shanduka held at least a 9% stake in Lonmin. Moreover, what was he doing while the Zuptas were looting the country? Was he not the Deputy President of the country.

It is true Ramaphosa sits on a knife edge.  In the ANC, he presides but does not have power. The looting ANC reaches right down to every local area of South Africa. It would not be turned around even if Ramaphosa could establish hegemony over the national structures. And he manifestly cannot do that.

So the ANC offers us more of the same. And we can see where that has got us. (Incidentally, we can’t afford to forget that this is not just the ANC. It is also the Tripartite Alliance – the ANC supported by the Communist Party and Cosatu.)

Since seeing the ANC list for the elections, there has been more support for our view that nothing is changing in the ANC, as known villains find their way high up the list. The Zuma faction is by no means vanquished. Nor will it be vanquished by what happens on 8th May. 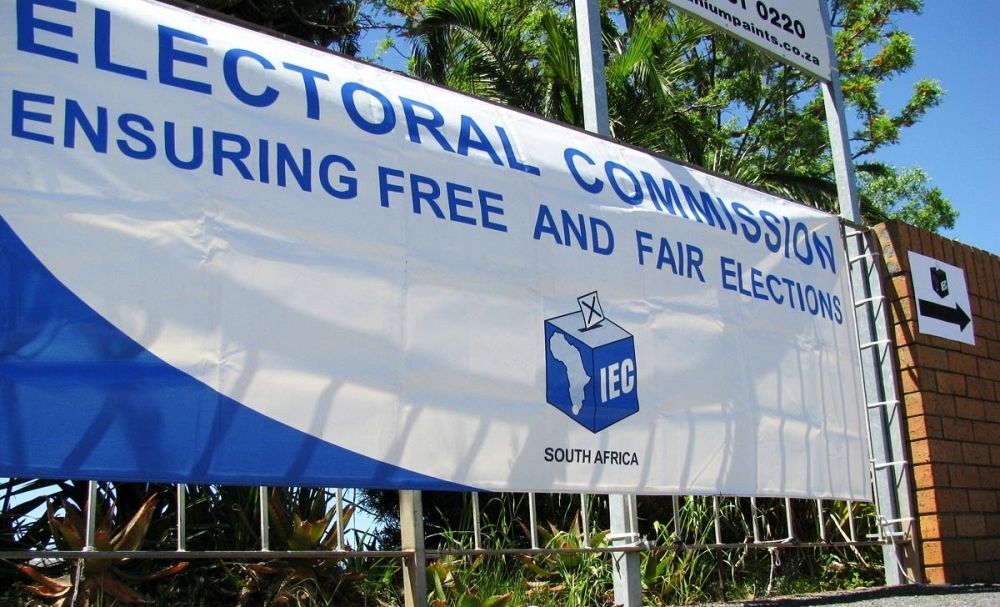 The policies of the DA are not significantly different from those of the ANC. They might speed up the privatisation of State Owned Enterprises (SOEs) but the strategy is essentially the same. They might resist any change to the Constitution on the land question, but, as Ben Cousins explained in Amandla 61 X, expropriation without compensation is not the key issue when it comes to a productive approach to the land question.

The DA’s claim to difference has often lain in their approach to cronyism and corruption. However, the shenanigans in the metros where the DA has been in power have damaged that narrative. The DA has made clear that they are not above cadre deployment, as they showed with the Tshwane Mayor Solly Msimanga’s unqualified Chief of Staff. Nor are they protected from vicious faction fights, as they have shown in the protracted and damaging battle with Patricia de Lille in Cape Town. The DA is very resolute in terms of being the party of real estate developers, intent on selling state property to capital and driving the poor further from the city. “Reclaim the city” has been battling such proposals in Cape Town.

This election will see the emergence of parties positioning themselves to the left of the ANC, namely in the form of the EFF and Numsa’s workers party, the SRWP. But the question that needs to be considered is to what extent either party offers a consistent anti-capitalist politics capable of providing a platform for worker and community struggles.

For a while, the EFF seemed to be riding the wave, with a constant profile from their parliamentary dramas with Zuma. But they have been damaged politically by their opportunistic support for DA municipalities as well as their equally opportunistic withdrawal of that support. Their left orientation is being undermined by the extreme articulation of a narrow African nationalism and racialised discourse when it comes to other oppressed sections of the population, such as so-called coloureds and Indians.

And then there is the authoritarianism, intolerance of difference that suggests a major deficit when it comes to questions of democracy within the EFF. There is a strong sense if you differ from the Commander in Chief, you will be marginalised.

Numsa’s SRWP has very little profile outside of the union and socialist currents, and it is doubtful that in the short space of time before the elections they will be able to gain traction outside of their immediate circles. Its articulation of its politics as Marxist Leninism situates the party in the same ideological camp as the discredited SACP with its Stalinist past. Those looking for a new left politics want to see a party that deals with issues of the changing nature of the working class in the context of mass unemployment and precarious forms of labour, climate change, gender oppression, sexuality and the role of the state within a globalised and financialised economy. They may be disappointed by the SRWP’s orthodoxy. Several comrades who have joined the SRWP express concern over the party’s lack of structures and decision making processes.

It may be that we will have to wait for the 2021 local government elections to see political formations that give greater expression to the struggles of working class communities.