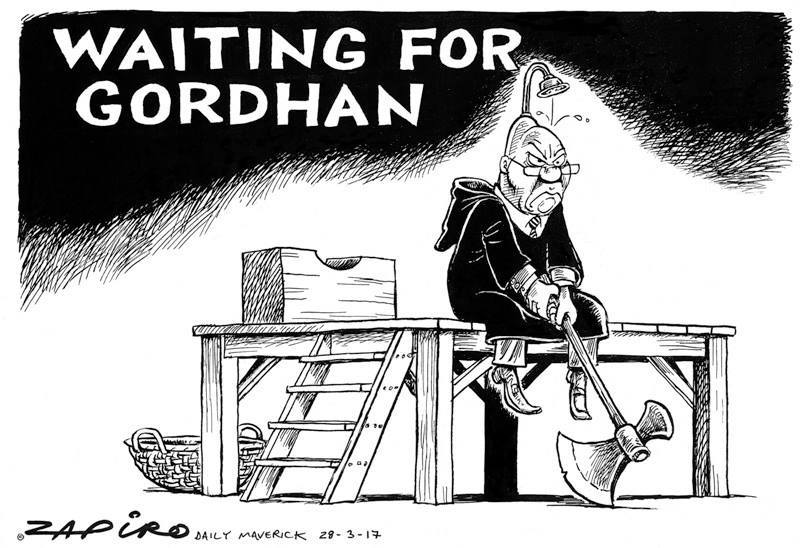 AIDC Statement: Unite and fight for Zuma and his policies to go

Zuma’s cabinet reshuffle, which removed the finance ministers Gordhan and Jonas, amongst others, opens the door to the looting of the state on an unprecedented scale.

At the heart of this is a very crude act to get control of the Treasury on behalf of a predatory elite, hiding behind the ANC-provided mask of black economic empowerment.

The cabinet reshuffle should be seen in the light of the bare-knuckled fight for control of the patronage systems that come with control of the ANC.  In part, the timing of the reshuffle has got to do with the specific needs of the Guptas. With the Zupta control of the Treasury comes the control over almost all state institutions and enterprises.  The ultimate prize of nuclear booty beckons.

Crude black nationalism and radical economic populism will be used to confuse and deflect attention from the real intention to loot the state and the economy. Already Zuma has justified his cabinet reshuffle in terms of promoting “radical economic transformation” and opposing ‘white monopoly capital’.

Should Zuma survive the political turmoil he has unleashed and gain full control of the Treasury, our already compromised democracy will swiftly evolve into a plutocracy. The stakes are high.

It is time for those in the ANC who defend democracy and accountability to stand up and be counted. The SACP must be good to their word and resign from Zuma’s government, as should Deputy President Ramaphosa.

AIDC is skeptical that the ANC can self-correct and renew itself. It falls on the left, working class formations and other progressive forces outside of government to unite and fight.

In this grave political crisis, the left and progressive forces must take the initiative and bring into existence broad united fronts to launch mass action. Vavi’s new federation SAFTU will need to take the lead.

No one should be excluded. In the first instance there is urgent necessity to unite working class forces including COSATU, the SACP, EFF and also ANC branches willing to be involved in mass direct action.

In this context, the left needs to be strategic and flexible in undertaking tactical alliances with strange bedfellows.  This flexibility must never be at the expense of sacrificing working class independence and autonomy.

As we say, the stakes are high

Issued by the Alternative Information and Development Centre (AIDC).