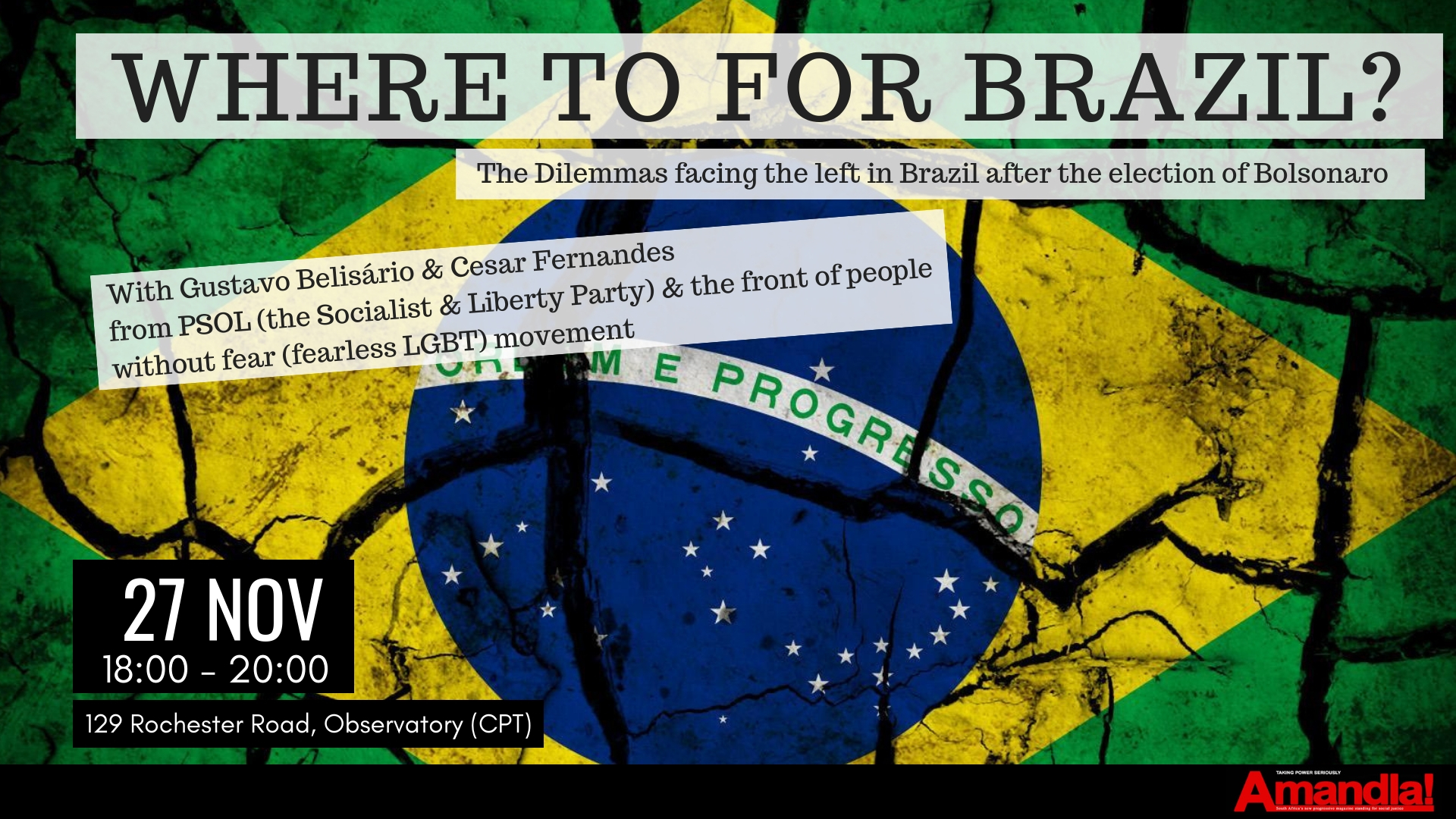 Brazil has just elected a fascist president who is openly racist, sexist and homophobic. For this to happen in a country where the Workers Party (with all its flaws) was in power and with many strong popular grassroots movements signals a major threat to the left not only in Brazil but around the world. The right is rising, and are becoming more emboldened as more and more major economies elect right-wing governments. Jair Bolsonaro does not only pose a political threat but also an ecological one. Like Trump, Bolsonaro is also a climate denialist and will allow for greater deforestation of the Amazon, bringing the world even closer to an ecological disaster.

Join us on Tuesday 27 November 2018 from 18:00 – 20:00 at AIDC (129 Rochester Road, Observatory, Cape Town) where we will be discussing the implications of the rise of Bolsonaro for the left in Brazil and the rest of the world.

Speakers: Gustavo Belisario and Cesar Fernandes, from PSOL (Socialist & Liberty Party) and the front without fear (LGBT) movement in Brazil