Amadiba Crisis Committee 2017-01-17: Unexpected support to the fight against mining at the funeral of Pondo Revolt veteran Samson Gampe

Close to 1000 attended Mr Samson Gampe’s funeral in Sigidi on Saturday in Mbizana, Wild Coast. Samson Gampe passed away on 5 January, three days before his 88th birthday. He was an ANC stalwart and one of the founders of ACC in 2007.

The funeral became a tribute to Samson Gampe’s life long struggle for community land. Mr Mabhude from Transkei Land Service Organisation said that the decade long struggle in Amadiba benefits the whole of Wild Coast. “I know they want to mine the whole coast line. They will not stop here if they start.” 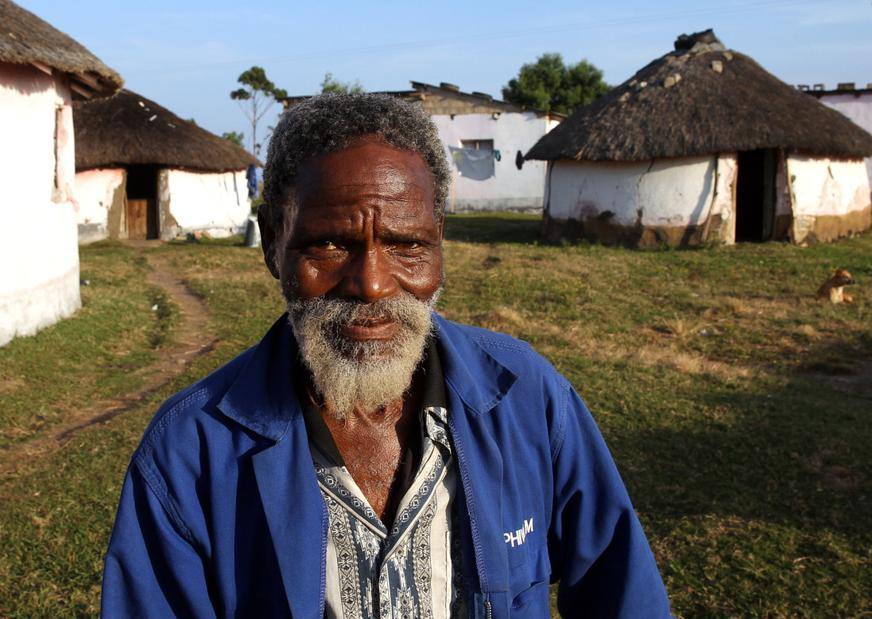 MK Veteran Ike Moroe came from Pretoria to pay his tribute to Mr Samson Gampe. Mr Moroe is Special Advisor to the Deputy Minister of Defence and Military Veterans.

Mr Moroe said that he had learnt from late Chris Hani about the Pondo Revolt 1958-61. Before a holiday visit during this Christmas, he had now been made aware that the coastal Amadiba community today is engaged in a new “gigantic struggle”. Since then, he “had read a lot about the Amadiba Crisis Committee”.

“When I look at you today, I see heroes. I see a people that have embraced a legacy of struggle of their forbearers. I learnt about your struggle against mining, and I cannot understand why some in my own organisation would like to go against your decisions.

The whole speech is published on the new Facebook page of Amadiba Crisis Committee.