The Unemployed Peoples Assembly for the Right2Work (2017) 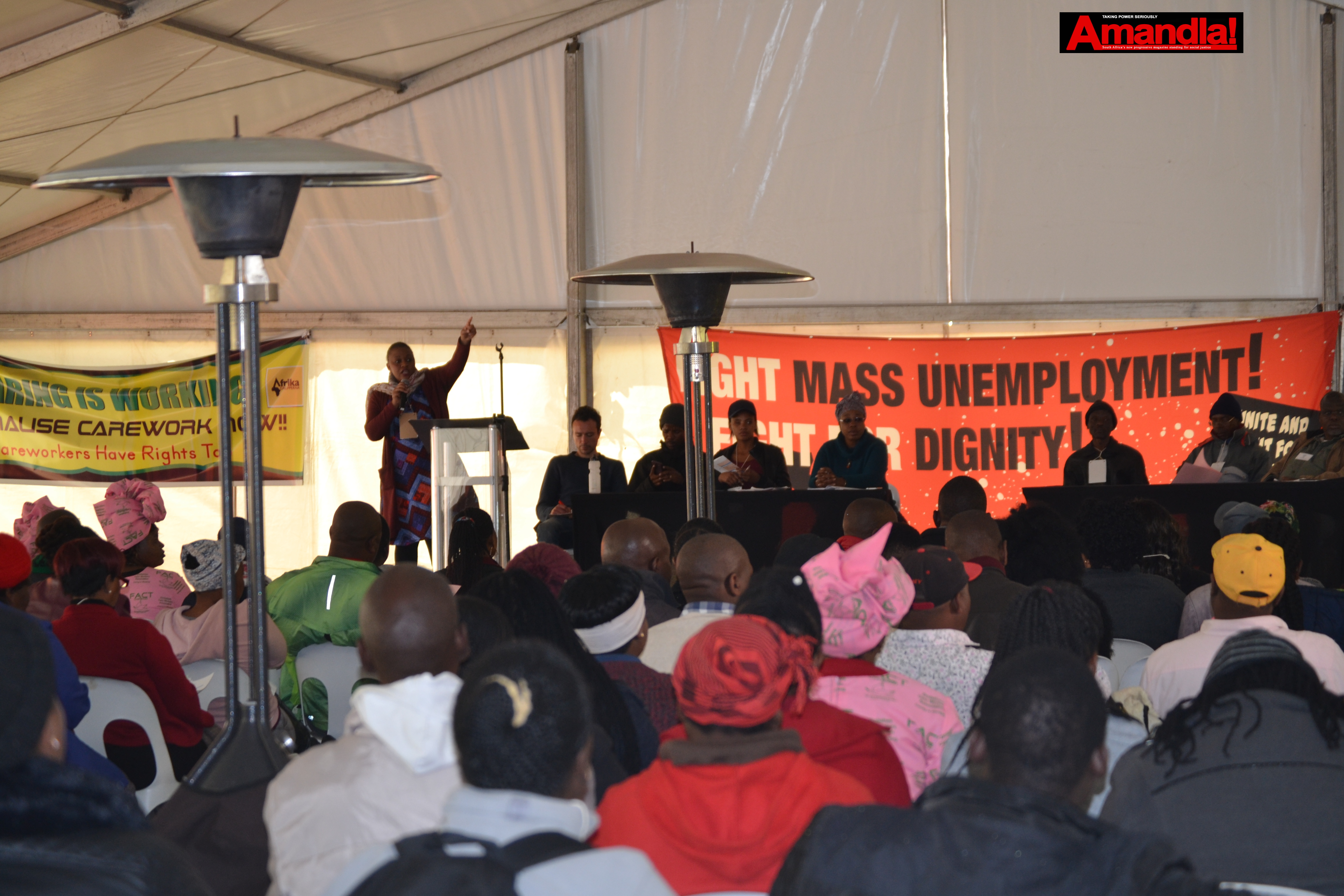 At the 2017 SADC People Summit, there was an assembly of the unemployed (17 August 2017). Together 200 activists from unemployed peoples movements from around South Africa and the Southern African region formulated a plan of action to build working class alliances in the region to demand the Right2Work.

The assembly of the unemployed resolved and recognised that the unemployment crisis is a crisis of capitalism. It is a crisis that kills the basic humanity, dignity and human existence of our people.

The unemployment crisis breeds poverty, crime, violence against women, xenophobia and many other social ills that we experience in our countries. We will not fight against our brothers and sisters on this continent for jobs. We say no to Xenophobia!

We learnt from the experiences of the unemployed in other countries and together join hands and through radical action we demand the ending of the brutal attack on unemployed people and exploited workers alike.

It is not the unemployed people’s fault that we do not have jobs. The fault is with our governments, corporations and a system based on the maximisation of profits. The lack of economic growth caused by corrupt government leaders exacerbates the unemployment crisis. Even when there is economic growth, it is jobless growth, a growth that perpetuates inequality, poverty and unemployment. A growth based on extracting resources and degrading the environment.

In building the movement of the unemployed our first step in combating unemployed is to build a strong campaigning movement by building alliances with trade unions, popular movements, and other progressive formations. Together we will continuously and consistently campaign against unemployment and for dignity for all.

We urge all our unemployed comrades in their respective countries and communities to be fully committed to the implementation of this plan. To this end, we will embark on education programmes for the youth, women and the unemployed in general to assist in fight to end unemployment in Southern Africa.

In campaigning against unemployment we will demand full employment of all people at a living wage. To this end we will establish a core group of activists to coordinate and give further content to the Right2Work.

Clips of the Unemployed Peoples Assembly at the SADC Peoples Summit: