From Turfloop to Soweto and back again: the dialectic of 1976

Almost since it took place, the Soweto Students Uprising of June 1976 has been considered the pinnacle of student activism in South Africa. It spread rapidly to schools and townships across the country. It fundamentally changed resistance to apartheid both within South Africa and outside. Established organisations working for the liberation of South Africa’s black majority – the African National Congress and the Black Consciousness Movement, among others – found themselves riding the wave of activism initiated by thousands of Soweto school children. 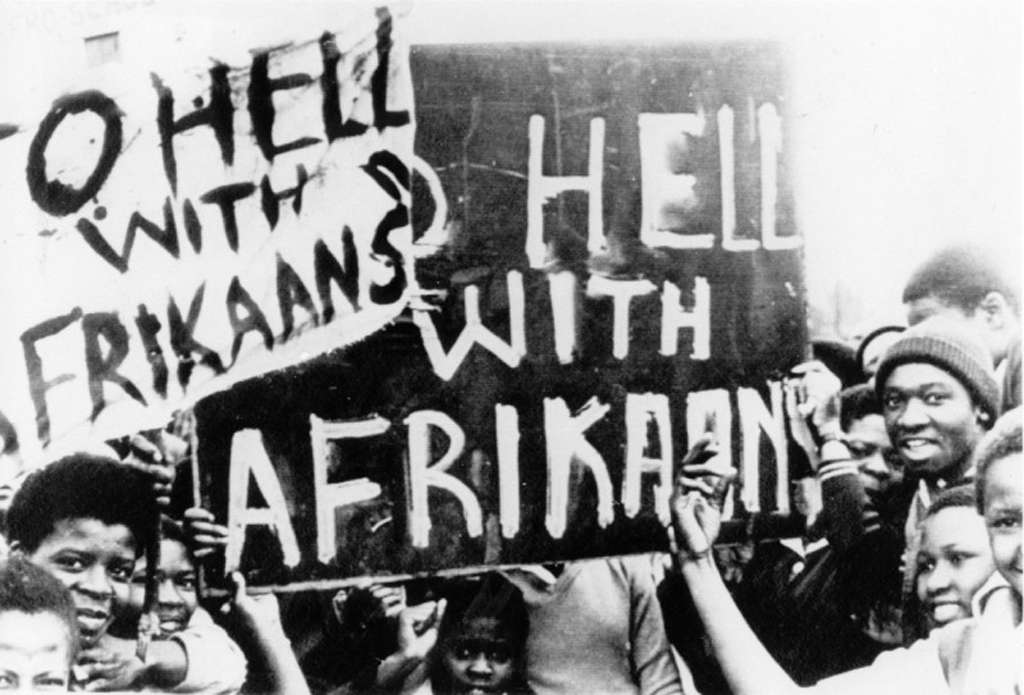 But too often we speak of the events of that winter 40 years ago as though they took place in a vacuum. It is as though the students of Soweto came from nowhere when they marched in the streets. There has also been fierce competition between movements and individuals to claim and control the legacy of student activism that was sparked that day. History, as is often the case, becomes a political tool for the present. Amidst the memorials and remembrances that mark this anniversary, I propose a fresh look at the historical record. It is important to situate Soweto more broadly in space and time. We need to see how the students of 1976 connect to those they influenced, and to those they were influenced by.

The Turfloop connection
These influences are numerous and varied, and far beyond the capacity of one article to address. But one institution played a formative role in the growth of student politics across South Africa during the 1970s, in the classrooms of Soweto and beyond. Tucked away in a Bantustan in the Northern Transvaal, its contribution to national politics has been largely neglected, unless you are a historian. But the University of the North (today the University of Limpopo, popularly called Turfloop) was a centre of political innovation and mobilisation in the late 1960s and early 1970s. It played a direct role in influencing the students of 1976.

Turfloop was founded in 1960, as part of the South African governments expansion of apartheid segregation to universities. It was one of five universities that were created or re-classified to serve only specific ethnic groups. The others included the universities of the Western Cape, Zululand, Durban-Westville, and Fort Hare. Government did not want to allocate resources for a full university for each of South Africas ethnic groups, so Turfloop took students of Sotho, Venda, Tsonga, and Tswana backgrounds. This meant that, from its outset, it was more diverse than its apartheid founders had intended. Students also came to the university from a broad geographic area: Turfloop was in southern Lebowa, along the road connecting the white towns of Pietersburg (today Polokwane) and Tzaneen. Students came from rural areas nearby, and from across South Africa’s interior. Many also came from the urban townships of the Witwatersrand and the Vaal.

By the late 1960s, Turfloop was becoming a melting pot of South Africa’s black youth, even as the state made great efforts to enforce racial and ethnic segregation at all levels of society. About half the student body came from urban townships, while the other half came predominantly from the black homelands. Many students had a foot in both worlds. These were young educational migrants. They moved from schools in the countryside to schools in townships to universities in the homelands. This movement played a key role in the development and spread of new political ideas. 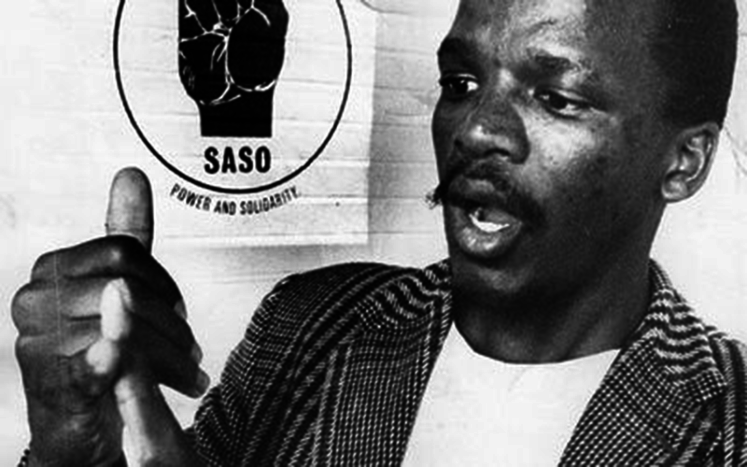 Like its fellow so-called ‘bush’ universities, Turfloop became a node of political organization, linking local grievances with national struggles. Steve Biko’s South African Students’ Organisation (Saso), which aimed to provide a voice for black tertiary students in the national discourse on education, was launched at Turfloop in 1969. It replaced attempts of the student body to affiliate to the non-racial National Union of South African Students (Nusas). Many students on black campuses criticized Nusas as being dominated by whites.

The launch of Saso marked an ideological shift among students at Turfloop and throughout South Africa. Over the following years, Biko and other activists developed the philosophy of Black Consciousness. They argued that South African blacks – among whom they included coloured people and Indians ñ needed to liberate themselves from white domination not only politically, but psychologically as well. These ideas fostered a new cultural movement around black identity. They led to the production of black art, literature, and drama, drawing fashion inspiration from Pan-African sources, and proudly proclaiming ‘Black is beautiful.’

Politics and religion
These ideas quickly took hold at Turfloop, and within two years of its launch Saso was deeply entrenched on campus. It mobilised students through a powerful combination of local politics and religion. At Turfloop most of the student body was christian. The majority of campus associations in the 1960s were religious groups. Saso followed the University Christian Movement, one of its predecessors on campus. It preached politicized Black Theology, which drew heavily on Liberation Theology from Latin America. Jesus was the god of the oppressed. This stood against christian imagery that had been used to support apartheid itself. It appealed directly to the religious values of students at universities like Turfloop.

By the early 1970s, thanks to Saso’s organization on campus, Turfloop was a hotbed of activism. Boycotts and protest marches became a regular feature of student life. In 1972 the rural campus came to national attention. At the university’s graduation that year, Onkgopotse Tiro, a Saso member and former president of the SRC , gave a fiery speech condemning Bantu Education and its implementation at Turfloop. Tiro attacked the fact that a supposedly black university was controlled by white leadership, that white companies received contracts to supply the campus, and that white dignitaries took seats from black parents who had come to see their children graduate. He used religious imagery and linked material local grievances to their structural causes at national level.

The speech sparked controversy at Turfloop and beyond. The all-white council of the university expelled Tiro. Black academic staff walked out of the meeting where that decision was announced, in protest. In response to Tiro’s expulsion, Turfloop students boycotted classes until administrators shut down the university and sent all students home. Meanwhile, students on other black campuses around the country participated in solidarity protests and boycotts. Saso strengthened its national links between campuses through this process.

After more than a month of protests the university reopened in June 1972, but Tiro and the SRC that nominated him to speak were not permitted to return. These students left the isolated campus in the northern Transvaal and took jobs around the country. Many became schoolteachers. Tiro himself became involved in the Saso executive (eventually taking up the position of Permanent Organiser), and also began teaching history at Morris Isaacson High School in Orlando West, Soweto.

Through this post he engaged directly in student politics by conscientising his own students and acting as a liaison between Saso and the school-based South African Students’ Movement (Sasm). Tiro continued doing this until he was fired by the Department of Bantu Education in 1973. During this period he influenced many students at Morris Isaacson; among others, he taught Tsietsi Mashinini, who became a prominent student leader in 1976.

From Turfloop to Soweto and back
Tiro was the most high-profile student to leave Turfloop for a classroom in Soweto, but he was not the only one. Over years of protest at the university between 1972 and 1974, newly expelled university students entered secondary school classrooms around South Africa, where they collaborated in their students political engagement. When Soweto school children took to the streets in June 1976, many of them had been taught or mentored by former Turfloop students. After the uprisings some of those who were not detained or pushed into exile became students at Turfloop themselves. The campus remained a hotbed of activism through the 1970s and the 1980s, when it was occupied by the South African Defence Force from 1986-89.

The lessons of Turfloop’s position as a centre of activism during the 1970s are an important reminder today, as student protests once again sweep South Africa’s universities. Protests in major urban areas attract the attention of the press and the public. But sometimes the roots of those actions also so lie in the marginalised, under-resourced corners of the country. This June, remember the students of Soweto, but also remember their comrades at Turfloop, and their inheritors at North West University, Fort Hare, and other campuses that rarely make headlines. These are often the spaces in which the edges of struggle are sharpened.

Anne Heffernan is a post-doctoral researcher at the Wits History Workshop and co-editor of Students Must Rise: Youth Struggle in South Africa Before and Beyond Soweto 76.