By Shaun Whittaker and Harry Boesak 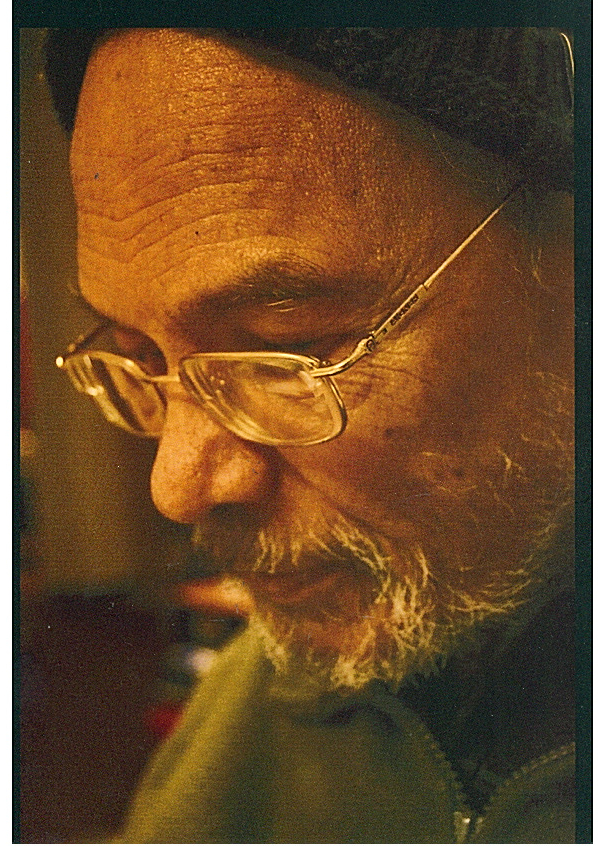 The last public appearance of Kenneth Abrahams was at a socialist conference in Windhoek in September 2012, where he delivered a long tribute to his former comrade, Neville Alexander. The Marxist Group that organised the conference was certainly honoured to have him there. They regarded his presence as an affirmation of his life-long commitment to socialism, as well as confirmation of the link between older and younger generations of activists.

We understood that Abrahams had dedicated his life to the idea that another world is possible, in contrast to the barbarism of capitalism. And, indeed, his formidable intellect will be greatly missed as a co-thinker in trying to find solutions to contemporary crises in nation-building, health, education, gender relations, the economy, the ecological system, etc.

Given the historical significance of Abrahams’ contribution to the Namibian anti-colonial struggle, it is worthwhile to quote extensively from his conference presentation:

“In the 1950’s … we were all members of the Non-European Unity Movement (NEUM), Society of Young Africa (SOYA) and NEF (an Educational Fellowship). We were members of the Cape Town Branch of Swapo when it was still called OPO (Ovamboland People’s Organization) and met at Timothy’s Barbershop in Green Point as from 1958. This Branch was for a long time the most energetic Branch within Swapo… The Branch included several people who rose to prominence within Swapo in later years, including Herman Toivo ya Toivo, Hifikipunye (Lucas) Pohamba, Andreas Shipanga, Solomon Mifima, Peter Mueshianga, Peter Nanjembe, Louis Nelengani and Maxton Joseph.”

Abrahams had been influenced by the ideas of non-collaboration of the Unity Movement. He was a leader of the Cape Peninsula Students Union. He was also part of the formation of OPO and the drafting of the SWAPO constitution. Ultimately he played a significant role in changing SWAPO into a guerrilla movement. Throughout his life, he refused to collaborate with the ruling elite.

He remained committed to the principle of internationalism. This was shown when he joined up with Namibian migrant workers in Cape Town in the 1950s. It was shown again later when he was the people’s doctor in Lusaka, where he treated fighters from various national liberation movements in southern Africa, and of course supported many Namibians such as Werner Mamugwe and others.

In his conference presentation, Abrahams went on to refer to fund-raising activity that they participated in in the 1960s in Cape Town: “we held dances in a hall in District Six under the fake name of the Rovers’ Soccer Club.” He belonged to a small group in Cape Town in the 1960s that founded the Yu Chi Chan Club (YCCC), which later became the National Liberation Front (NLF). It engaged in discussions about Maoist-type protracted guerrilla warfare against the apartheid regime.

“… by the end of 1963 some of our comrades were in prison and we were in exile. We should note that more than twenty of our Swapo members were simultaneously members of both organisations. Some were detained and questioned aggressively but not a single one was prepared to give evidence at the trial (of Neville Alexander and others). Some were even present when we met as members of the Swapo Central Committee in Dar es Salaam to discuss a strategy for guerrilla warfare and to form the Peoples’ Liberation Army of Namibia (PLAN).”

After the clampdown on the Yu Chi Chan Club, the apartheid security police attempted to arrest Abrahams in Rehoboth, but he was protected by an angry community that were not prepared to have their only medical doctor taken away. After Abrahams hid in the mountains for a few days, he, Andreas Shipanga, Hermanus Beukes and Paul Smit had to march across the border into Botswana in August 1963. However, they were abducted – with a gun held to Abrahams’ head – inside Botswana by apartheid police in plain clothes, and taken to prison in Gobabis. There they were charged with leaving the country illegally. Abrahams was flown to Cape Town and there charged with sabotage. Following an international outcry, he was released and went into exile to Tanzania in 1963, and became a member of the central committee of SWAPO.

Our impression is that Abrahams had an entryist position. He attempted to infuse the Namibian national liberation movement with democratic and socialist ideas. This made sense in the context of a low mass consciousness. But the conservative leadership would have none of any radicalism.

Abrahams was suspended from SWAPO in 1964, reportedly after he had started enquiring about how funding was being used in the organisation, but he has apparently not been formally expelled up to this day. At the request of the SWAPO leadership, Abrahams was declared a prohibited immigrant in Zambia in 1968, and was eventually granted asylum in Sweden. After the democratic rebellion of the Shipanga faction in SWAPO, Abrahams and others formed SWAPO Democrats (SWAPO-D) in June 1978 in Stockholm, in an attempt to democratize the anti-colonial struggle of Namibia.

So, the struggle of Abrahams and others within SWAPO was about a democratic ethos, and giving the organisation a left-wing direction.

During his time in Sweden, Abrahams was the editor of a publication called The Namibian Review, which he continued for several years even after returning to Namibia in 1978. This speaks to the value that he attached to open discussions within the movement, and the fact that any struggle is first and foremost about ideological contestation.

In Namibia, Abrahams got involved in the running of several projects under the broad banner of nation-building. He helped to initiate the Namibia Nationhood Coordinating Committee in an attempt to give proper articulation to the slogan of “One Namibia One Nation”, and to create a sense of nationhood, self-reliance and non-racialism among the colonialised people.

From guerrilla warfare to Gramsci

Needless to say, these issues persist in contemporary Namibia. The ruling elite have now served their historical purpose for the capitalist system and are fracturing ideologically. It is clear that Abrahams and others had shifted their political strategy. They have moved from guerrilla warfare to a Gramscian focus on enriching mass consciousness and building the hegemony of the oppressed and exploited, especially in this historical era in which “the old is dying and the new cannot be born”. This remains a crucial lesson for activists today when the neo-colonial project in Namibia has reached its end.

Abrahams was also active on the educational front and was a member of the Namibian Educational Forum. In the 1980s he was editor of the Namibian Voice of the Students, a Namibian National Students Organisation (Nanso) publication. More importantly, he was involved in the establishment of the Jakob Marengo Tutorial College, as well as the People’s Primary School, in order to give expression to a people’s education.

Abrahams admitted that “he had become fascinated by the tactics used by Jakob Marengo in the 1904–1907 War of Resistance to German Colonialism. He had discovered Marengo when they we were studying guerrilla warfare in the days of the YCCC.” He was “also shocked by the extent to which the memory of Marengo had already disappeared from the Namibian consciousness. In 1985 they established a school which they, naturally, named the Jakob Marengo Tutorial College… Its motto remains Education for Liberation”. In an effort to enhance a people’s history of Namibia, for example, Abrahams and others organised a seminar of the Namibia Review Publication in Windhoek in December 1982, where an essay on Marengo was presented.  In the context of the ongoing education crisis in the country, there is a need to revisit many of these notions of a people’s history, a people’s education or education for liberation.

And Abrahams was a feminist. He participated in setting up the Namibian Women’s Association (NAWA) in the 1980s, as well as the first girl child movement in the 1990s. So the political life of Kenneth Abrahams has certainly not been in vain. In fact, on the contrary, he made a remarkable contribution to the national liberation of Namibia and the advancement of left-wing ideas in the country.