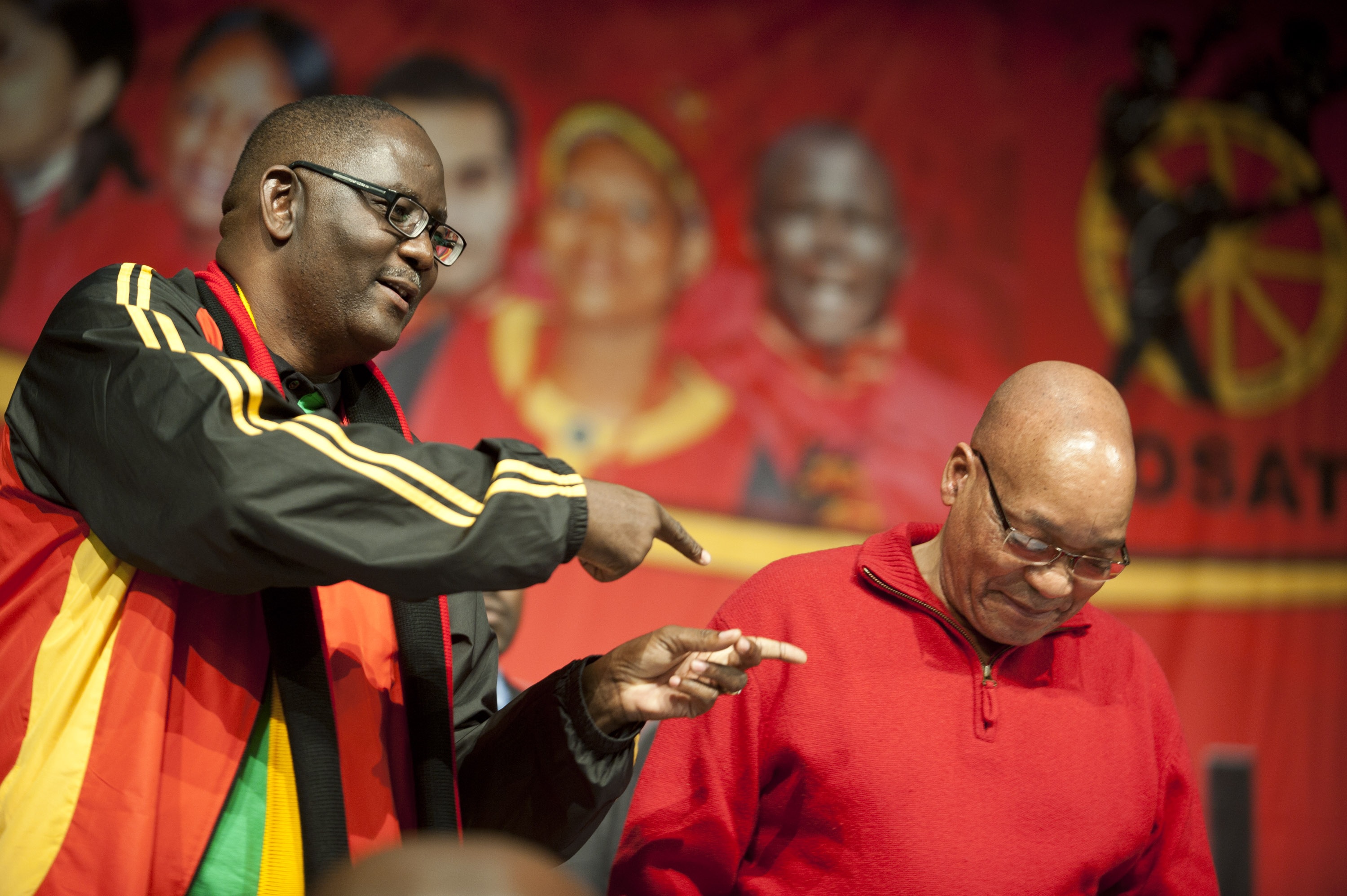 In the aftermath of the Marikana massacre and the mass strike of mineworkers, a great opportunity emerged for regenerating progressive and left politics. Thousands of rank and file mineworkers transformed the Association of Mineworkers and Construction Union (AMCU) into a militant, independent, mass mineworkers union. The National Union of Metalworkers of South Africa, (Numsa) called a special Congress to regroup the labour movement, independent of the ANC Alliance, and set in motion a broad socialist movement. After being expelled from the ANC, Julius Malema and Floyd Shivambu formed the Economic Freedom Fighters (EFF), as a militant movement to lead the charge for the radical redistribution of wealth. And just on the heels of these developments emerged the Fees Must Fall movement, acting as a further catalyst and detonator of radical change.

These initiatives represented a huge opportunity for renewing radical politics in South Africa, especially as they were emerging within a context of intensifying social struggles and deepening class antagonisms. Each in their own way raised important questions of perspective, strategy and even tactics or methods of struggle. Most importantly, taken together, they represented something very significantly greater than the sum of their parts. They represented the emergence of an anti-capitalist moment with a real possibility of building a social-political movement that could fill the vacuum to the left of the ANC and the exhausted tradition of national liberation politics.

This moment seemed to be the maturing of an earlier period, marked also by heightened mass struggles over HIV/AIDS, privatisation, retrenchments, access to basic services, etc. and the development of new social movements progressively aligned with the global anti-capitalist / social justice movement.

The possibility of an alliance of social movements with the labour movement, sections of the SACP and other left formations, to give organisational expression to these struggles was sacrificed when this social anger was channelled into the Zuma project. The 2007 ANC Congress, which saw Zuma put in power by an alliance of the ANC Youth League, the SACP and Cosatu, represented a false dawn for new left politics. It came to represent the toxic rise of crony capitalism, embedded in a neoliberal state-centred framework. The triumph of a lumpen bourgeoisie over the state and the ANC. State resources were liberated to aid the emergence of a predatory elite competing for the spoils of a stagnating economy with white monopoly capital.

A flash of illumination

It took an event of great significance to recreate the opportunities of the late 1990s and early 2000s. The mass strike of almost 200,000 mineworkers and the cold-blooded massacre of Lonmin workers in Marikana gave South Africans the lens to see the callous and toxic dynamic of the predatory elite’s accumulation path. The political-social impact of the Marikana massacre is so evocatively and accurately described by Ruth First, when she wrote about a similar event in our labour history. “It was one of those great historic moments,” she wrote after 60,000 black mineworkers struck for a wage increase of 10 shillings in 1946, “that in a flash of illumination educates a nation, reveals what has been hidden, destroys lies and illusions.”

Marikana, “in a flash of illumination”, didn’t just educate a nation into the nature of the Zuma regime. It also provided the food to nurture a new political moment – one of popular struggle and anti-capitalist recomposition.

The moment has gone

Six years later, most of this energy has been dissipated and the left is more marginal than ever. The EFF’s credibility amongst progressive forces is collapsing under financial scandals and intolerance and racialised discourse, especially towards so-called Indians. The Numsa project of building a movement for socialism has morphed into a narrow vanguard party initiative and neither Amcu’s narrow syndicalism nor other parts of the labour movement that split from Cosatu have been able to construct a dynamic social union oriented labour movement able to organise the millions of precarious workers.

The anti-capitalist moment has gone. Can it be regenerated? This is not so easy to answer, especially in a context in which globally there is a shift to the right. This is a consequence of progressive forces, when in power, entrenching neoliberalism and extractivism, regardless of the social and environmental consequences. This is certainly the experience of Latin America, and in particular Brazil. Does this experience have lessons for South Africa?

In the immediate term, it is likely that the underwhelming Cyril Ramaphosa will lead the ANC to electoral victory in the 2019 elections. It will be an electoral victory won more by default than by belief. The two main opposition parties have shot themselves in the foot. Scandals and internal divisions will cost the EFF and DA respectively. The ANC will win back some voters now that Zuma is gone. The working class will vote defensively to keep the DA at bay, but not with much illusion in what the Ramaphosa – Gordhan – Mboweni axis represents. The increase in VAT to 15%, the miserly minimum wage and shallowness of Ramaphosa’s social dialogue agenda are not lost on the majority of workers and the poor. 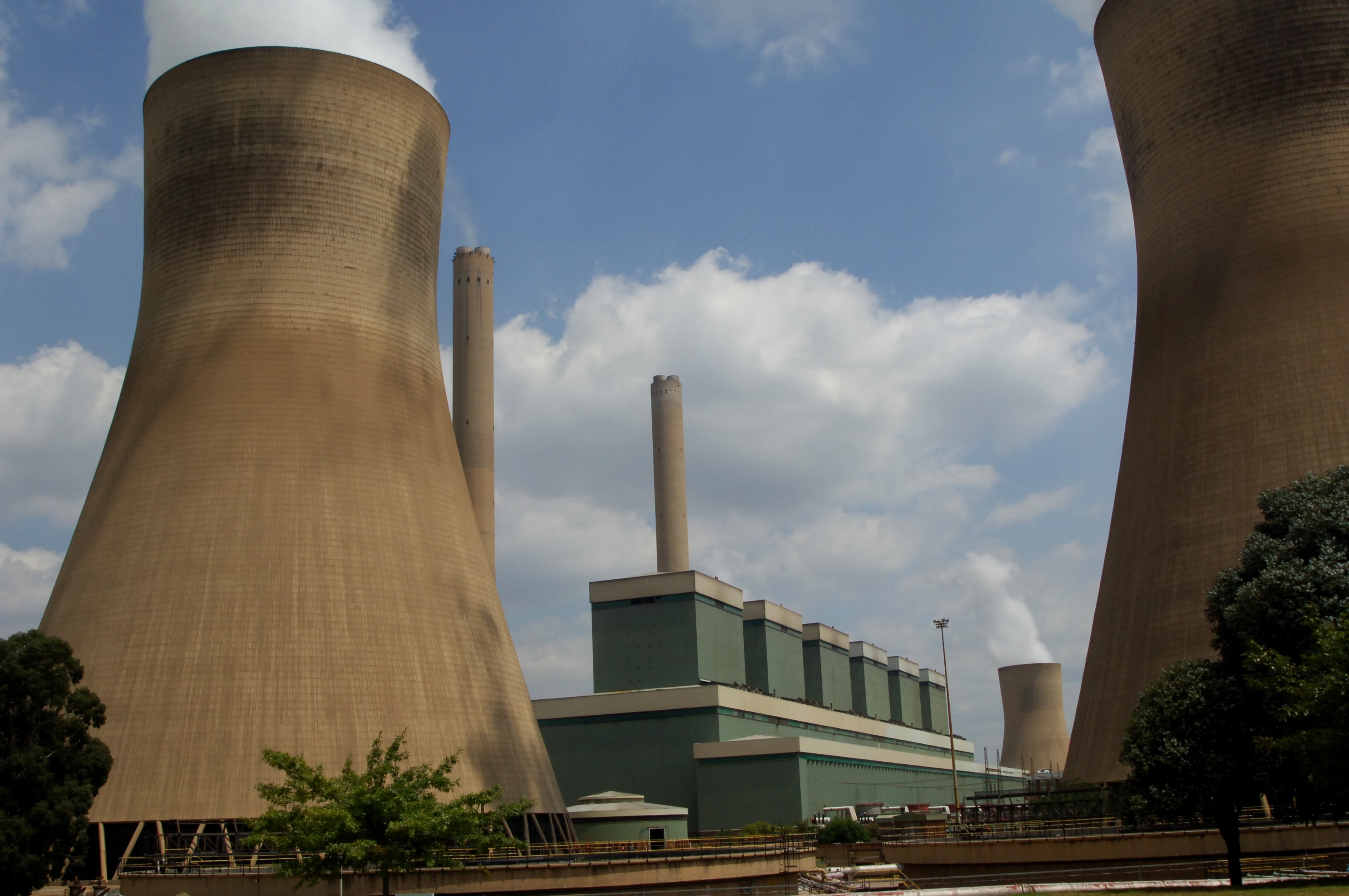 At best, Ramaphosa’s ANC is a case of back to Mbekism but under less favourable economic circumstances. Conservative economic policies such as austerity, privatisation and even the weakening of labour regulations will be widely applied. They will be presented as the only alternative to attract foreign investment and get the economy working again. Yet, the combativity of the working class and popular movement will resist and give rise to new social explosions that will pose the need for anti-capitalist alternatives.

On this, there is much to be learnt from the Amadiba Crisis Committee’s struggle against mining in Xolobeni. After 15 years of struggle, the Pretoria High Court confirmed that communities have the right to say no to mining and other projects that affect their enjoyment and control of their land. For this local community and hundreds of others, mining does not represent a livelihood strategy. They see mining as entailing the loss of land, cultural alienation, environmental destruction and a fulltime source of cheap casual labour. The jobs will be only for a few.

The need for a left alternative is illustrated so dramatically when we see Chairman Mantashe advance the interests of the corrupt mining lobby and the Australian corporation, MRC, at the expense of poor people. For him and his government, mining and extractivism (digging up our natural resources and exporting them) represent development. This flies in the face of all the evidence of its social and environmental impact.

Unfortunately, none of the components that constituted our anti-capitalist moment are prepared to contemplate an alternative. Amcu’s president, Joseph Mathunjwa came closest when, in an an oped for Daily Maverick, he wrote:

“AMCU is a trade union representing mine workers and construction workers. These workers are embedded in the very industrial processes that are at the centre of contributing to global warming and other environmental problems. It is inescapable that, if we are going to move decisively to a low carbon, less polluting economy, it is going to be at the cost of coal mining, coal-fired energy plants, coal to liquid gas, etc. Unless jobs are offered to our members in clean industries, they would never voluntarily agree to the shutting down of mining and energy industries. It would be like asking them to commit suicide.”

An alternative to extractivism and the Minerals Energy Complex is of course not just an economic and social imperative. It is an ecological necessity in the face of all the evidence on climate change, including the most recent special report of the Intergovernmental Panel on Climate Change (IPCC) Global warming of 1.5°C. There simply is no more time left to continue spewing out carbon into the atmosphere without dramatic and quite probably irreversible consequences. There are three articles in this issue which dig deeper into that.

The left, and not just environmentalists, needs to acknowledge that an extractivist strategy is simply incompatible with both our development needs and the imperative to repair the ecological damage of the legacy of racial patriarchal capitalism. The economic, social and political crisis that we experience in South Africa, almost 25 years after Apartheid, is that successive governments have tried to reproduce the MEC rather than implement a just transition to a wage led low carbon alternative.

We will need to put together a new political block drawn from organised labour and small and medium-sized enterprises with strong roots in the local economy, with community-based social movements, representing landless and mining affected communities, unemployed sectors of our society, enlightened and radical environmentalists and the potentially new organic intellectuals of the radicalising student movement. This will constitute a new anti-capitalist moment, hopefully drawing lessons from the previous cycle of struggle.

One comment on “Time to Rebuild, Time to Rethink”