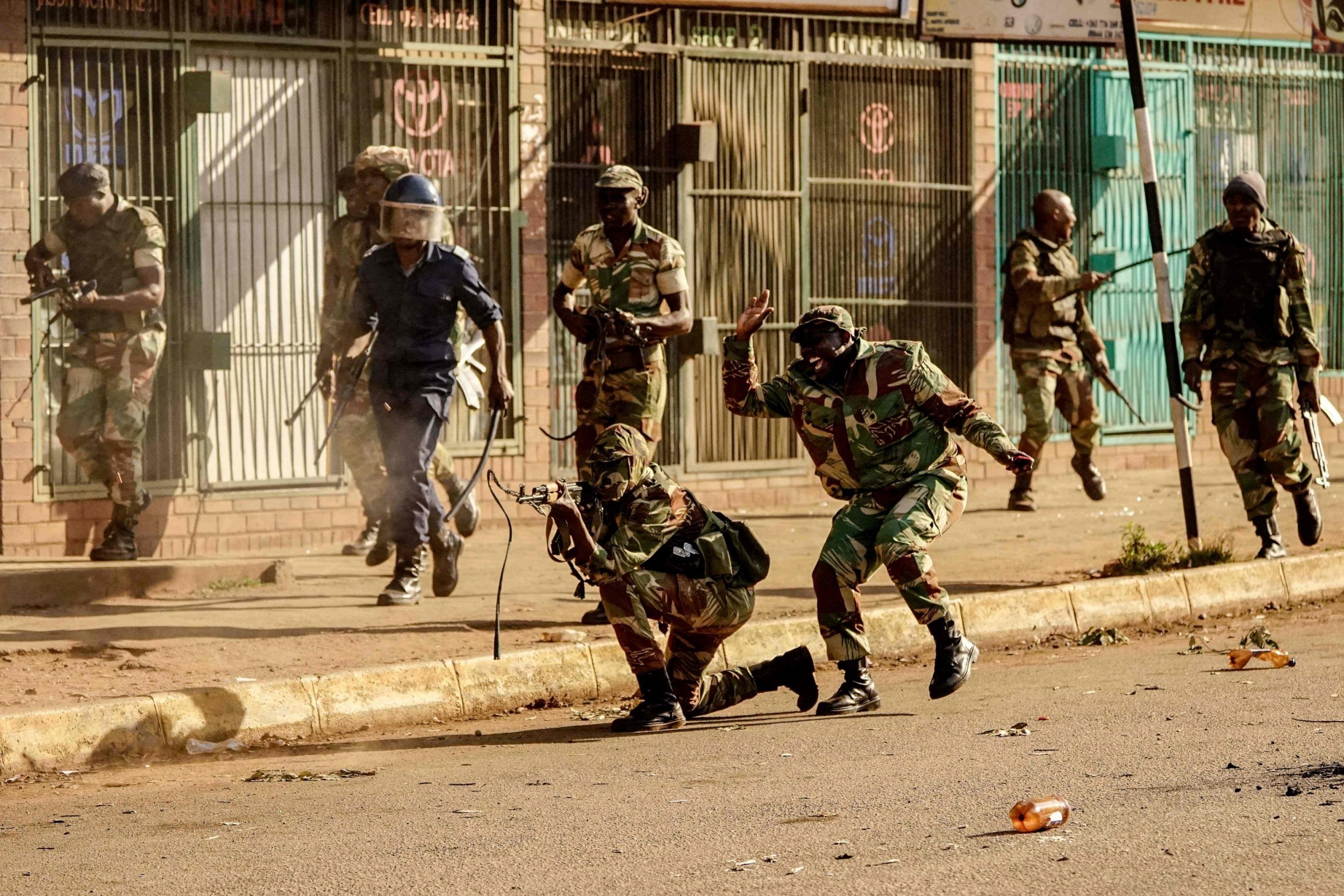 Zimbabwe held elections on 30 July 2018. This followed the ouster of President Mugabe after a faction of Zanu, backed by the military, staged a coup, effectively ending Mugabe’s 37 year reign. Since the coup, the military has been ever-present in all spheres of the state, including public spaces. This includes glaring interference with the day-to-day duties of other entities such as local authorities and police.

Despite the pre-election period being relatively calm and peaceful, with lesser incidents of violence, the post electoral period presents challenges for democratic development. The state has made a firm commitment to reform macro-economic performances by reviewing investment laws. But there is limited interest in reforming the political space.

Fundamentally, Zimbabwe’s political space risks democratic regression that will undermine the citizens’ spirit of 18 November 2017, when they marched against dictatorship as a governance system. The future of democracy is bleak. Since the election, the state has resorted to widespread intimidation and a systematic purge of civil society and opposition activists, leaders and ordinary citizens.

The post electoral period is as important as the elections themselves in strengthening democracy. Post electoral reprisals on political opponents dent the possibility of uniting a deeply divided society.

No reform after Mugabe

The post Mugabe administration has not demonstrated any commitment to reform the political space, pre and post elections:

1. Constitution and the Electoral Act: Zimbabwe held elections with an Electoral Act that was not fully compliant with the constitution, with limitations on the right to vote. This compromised the independence and transparency of the Zimbabwe Electoral Commission. Also, the Act is seriously defective in provisions for the resolution of electoral disputes. This is something to watch for as the opposition prepares to challenge the outcome of the presidential election.

2. Repressive Legislation: There were no attempts to either repeal or amend restrictive legislation that curtails human freedoms guaranteed in Chapter 4 of the Constitution. The Public Order and Security Act and the Access to Information and Protection of Privacy Act were used to undermine human rights before and after the July 30 election.

3. Party / State Conflation: The Mnangagwa administration has continued to perpetuate the conflation of the state and party and essentially campaigned using government programmes and resources.

4. Biased Media Reportage: State-owned media has continued to be largely partisan, with either cosmetic or biased coverage of political parties. Coverage was often tilted in favor of Zanu PF, while the opposition was demonised.

5. Mystery of the Voters’ Roll: The Electoral Court sat while the voters’ roll had not been made available. The Zimbabwe Electoral Commission failed to take corrective measures cited in the 2013 SADC Election Observer Mission Report on Elections in Zimbabwe.

The post electoral period has seen Zimbabwe degenerate into a fully-fledged military state. We remain worried that the incessant human rights violations have resurfaced, with the state prepared to shut down the little available democratic space. The cosmetic changes in the campaign environment were driven by Zanu PF’s convenient desire to portray the party as being on a reform path.

The dominant narrative was that former President, Robert Mugabe was the only “evil” that stalled democracy in both Zimbabwe and Zanu PF. It sought to undermine the picture of Zanu PF as an anti-democracy institution whose system of governance is based on dictatorship and suppression of fundamental human freedoms. Significantly, the military coup of November 15, 2017 took away civilian authority in politics and placed it in the hands of the military. They have emerged as the ultimate arbiter in electoral disputes.

• On 1 August, the army was deployed on Harare’s streets to crush opposition protests against alleged vote rigging. Six people died from bullet wounds.

• Police launched a manhunt for opposition leader Tendai Biti and surrounded his mother’s residence in Harare.

• There has been a protracted clampdown on opposition leaders and activists post the election, following accusations of either inciting or participating in public violence.

• The President has consistently failed to apologise for human rights abuses. He has also failed to acknowledge his role during Gukurahundi (the Matabeleland massacres of the 1980s) that claimed over 20,000 civilian lives. Recently he chose to blame the opposition for the death of the six people shot by military personnel.

There has also been a deliberate attempt by the state to alter post-mortem results of some of the deceased, with the ultimate aim of misrepresenting their deaths as coming from stab wounds.

• Media practitioners were intimidated and assaulted when covering an MDC Alliance press conference at Bronte Hotel in Harare. In addition, both local and international journalists have been assaulted by the army and police while carrying out their constitutionally guaranteed duties.

• The army has taken over the duties of the Harare City Council and gone on a rampage, destroying vendors’ wares around the Copa Cabana area in Harare. Thousands worth of goods were confiscated, burnt or destroyed.

• The army was deployed in Harare’s high density suburbs such as Kuwadzana, Mufakose, Glenview and neighboring Chitungwiza. Numerous reports have surfaced with allegations of military assaults on civilians at night in these areas. A number of victims of this abuse have been hospitalised and treated at Chitungwiza General Hospital.

• To further entrench the military presence in civilian life, the state has deployed police officers accompanied by armed soldiers (military police) to set up roadblocks across the country’s highways.

• Following the protests on August 1, the police arrested 26 employees and members of the MDC Alliance at the party’s headquarters in Harare. The 26 face charges of inciting public violence. 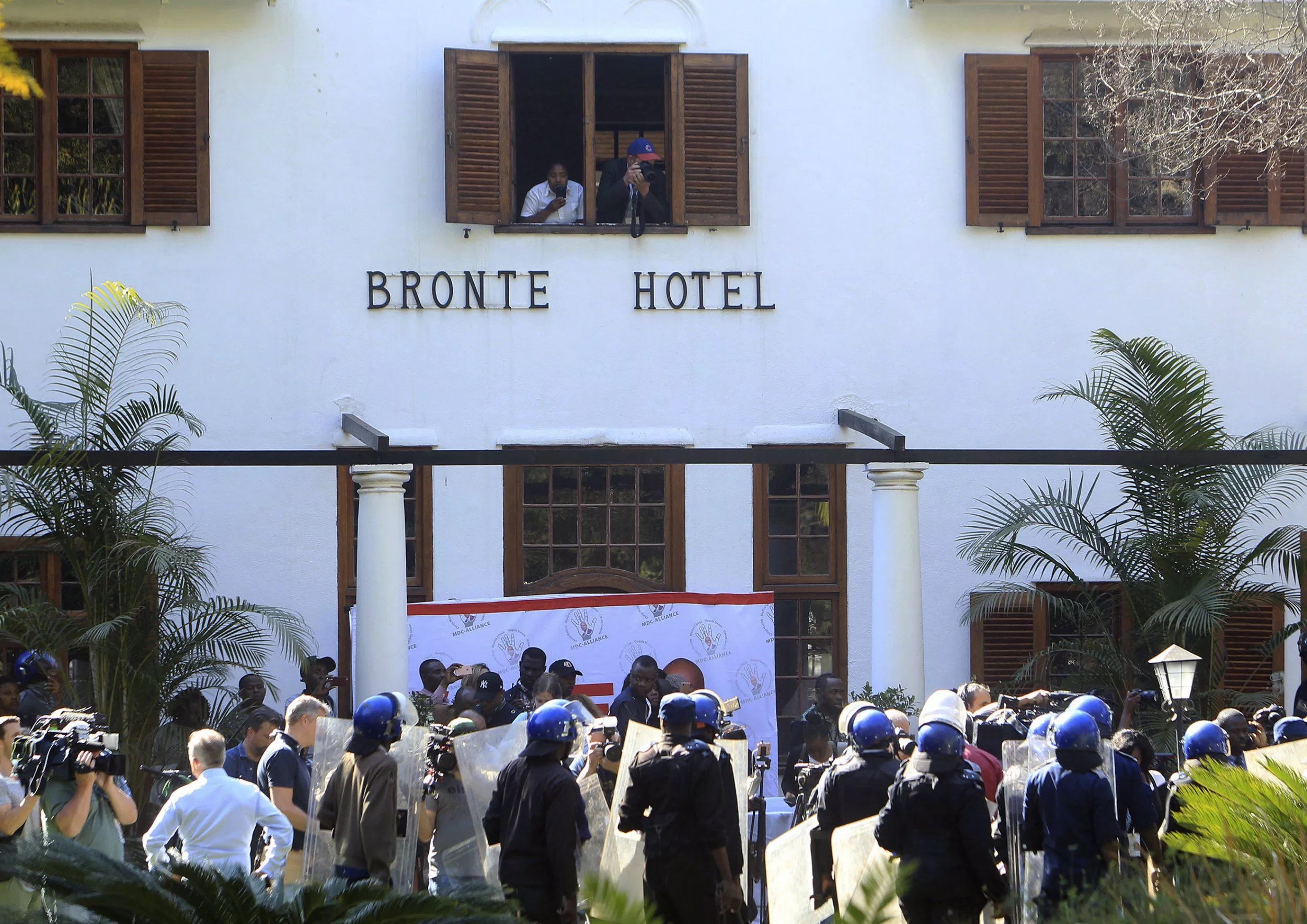 Haunted by the Ghost of the Past?

The post electoral period indicates the continuation of “competitive authoritarianism” in Zimbabwe, though with a more dominant and pronounced role of the military. The Mnangagwa administration is a hybrid regime – a political regime that combines elements of both democracy and authoritarianism/militarism.

In a book called “The Rise of Competitive Authoritarianism”, Steven Levitsky and Lucan Way note that in competitive authoritarian regimes, multiparty elections are held regularly and are hard-fought affairs. However, the “playing field” is uneven: control of the media, abuse of state resources, coercion, and/or limited fraud give incumbents an unfair advantage over the opposition. Because elections are not free and fair, these regimes are not democratic. Yet neither are they fully authoritarian. Although unfair, they are not totally meaningless.

In the long term the civil society space will continue to shrink and weaken as the “‘new” regime consolidates its power by maintaining poverty, a predominantly rural demographic bulge and a smaller middle class. In the interim, based on the evidence presented above, the following actions inform the Mnangagwa administration’s strategy in dealing with political dissent:

• Arrest and detention of political rivals

• The spread of propaganda and media bias

• Enforced disappearances and abduction of opposition activists and leaders

• Military command and control of all sectors of society

Reconstituting the political in competitive authoritarian regimes is always a complex process. It can unfold as a result of an implosion within the ruling elites, accompanied by mass action and overthrow by the masses (though this is a very unlikely scenario). Or there can be changes to the state architecture informed by a vibrant and strong civil society and opposition that works outside the electoral cycle.

The Zimbabwe Government and military contingent must make a firm commitment to return power to civilian rule, subject themselves to the constitution of Zimbabwe and immediately undertake the following:

1. Halt human rights abuses by the military on defenseless citizens and uphold the supremacy of Chapter 4 of the Constitution.

2. Immediately call off the deployment of military personnel in communities and on roads.

3. Carry out investigations into the Harare shootings and assaults by the military in communities and arrest military personnel and individuals who murdered six citizens and assaulted and injured hundreds of others.

4. Uphold the rights of media personnel and accord them unfettered access to do their work.

The SADC community, together with other global players, must discuss the situation in Zimbabwe, considering the issues/evidence raised above. Regional and international bodies and actors should also consider immediately facilitating dialogue with various actors on the political impasse in Zimbabwe. They should stress upon the Government of Zimbabwe the need to uphold the rule of law, respect human rights and guarantee the sanctity of life in terms of the constitution.

Thulani Mswelanto is Executive Director of The Crisis in Zimbabwe Coalition, a conglomeration of more than 80 civil society organizations which came together in 2001 to bring about democratic change in the country. Its membership comes from churches, women’s groups, social movements, residents associations, labour unions, human rights lawyers, teachers groups and health professionals.