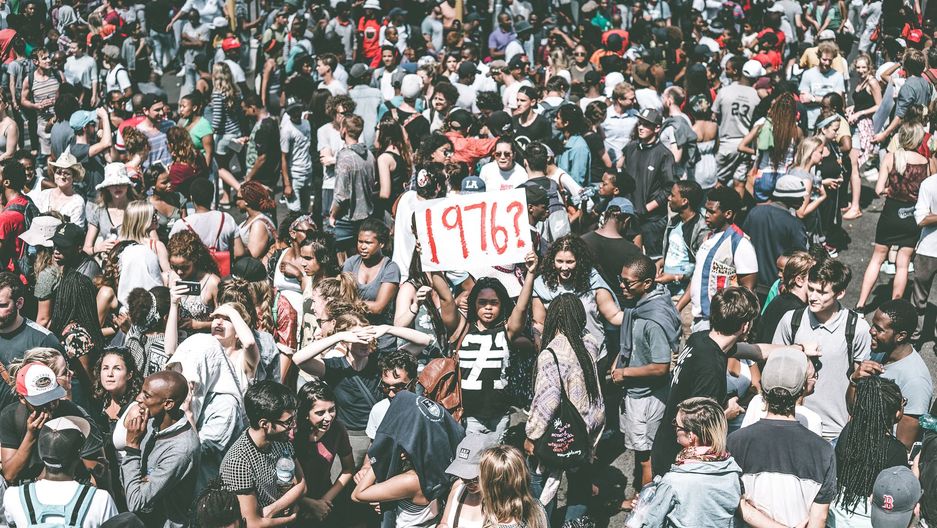 The sixth month of each year ever since the 1976 youth uprising is a constant reminder to the youth in South Africa of where we have come from and where we are going. Over the years June 16 has been very iconic because it symbolised the power that the youth have to radically transform the country. However, it can clearly be argued that while the struggle of 1976 contributed to the advancement of youth, it is in actual reality not yet “Uhuru”.

During the 1976 Soweto uprising, thousands of young black people took to the streets in a bid to fight against The Bantu Education Act, which legalized an oppressive education system that set the fate of black children in stone. In other words, it was an education system that was designed to undermine the black child . However, they did fight for a better education system and for that we are grateful but the question still remains whether it is still worth celebrating youth day for the youth of today?

In addition to the above stated, every young individual should ask himself whether the way in which inequality and apartheid have been dealt with on paper has actually changed the situation to the benefit of the “once” oppressed? It seems as if the youth are in a struggle that has no end, which would suggest that their future was stolen from them before they have even arrived at it. The youth are called the lost generation because they have no hope, no employment, no opportunities. We should ask the question of who should be responsible for this lost generation? Should they the youth be held accountable for the struggles that they are facing and if not them, should we hold the government responsible?

If the time was 1976, we would just take to the streets and hope for change but even then, transformation did not come immediately, because if there was any transformation, then the youth of today would not have started the fallist movements (#RhodesMustFall and #FeesMustFall). Although the youth of today have a space for contestation, they still face similar problems that the youth of 1976 faced. They still live in a classist, neo-apartheid, racist, sexist society. Struggles have lost power because they only achieve little, which makes the whole point of fighting not worthwhile.

The 1976 uprising was a spark that later fuelled more fires. Let’s start with the #RhodesMustFall movement.  This movement was started by university students across the country, demanding the fall of the Rhodes statue at the University of Cape Town. They argued that the statue was a constant reminder of institutional racism that was taking place in universities towards the black students.

The argument was about the history of the statue, which stood as a constant reminder of the violent, colonial history and past that white people could conveniently forget and black people were constantly forced to remember. The statue was a symbol of the practices taking place in universities where educational inequality was and still is the order of day evidenced through language policies that privileged white and middle-class people at the expense of most black and lower-class students. The demands of the #RhodesMustFall movement went well beyond the removal of the statue to include the decolonisation of university curricula, the improvement of labour conditions for workers at universities, the fight against patriarchy and gender-based violence at universities, the increased representation of Black students and staff at historically white universities so that the demographics of the university can reflect the demographics of the country.

As youth we should ask ourselves that, although the statue was removed, are we in a position to celebrate it as a victory or did it just meant nothing especially when the systems behind the statue still remained the same? Food for thought.

Although the statue fell, one cannot run away from the reality that the black child still struggles with the current education system, poverty and unemployment among other social ills that come along with the package.

Although black children are now in theory able to attend higher education, however, there are questions that we ought to be asking ourselves: how are they coping? Are they finishing their studies? Has the fate of their lives changed now, that they are getting educated? Why are suicide rates among black university students so high?

Sadly, the reality to the latter question is a no. Many youngsters begin at a higher education facility excited and full of dreams, optimistic about their future and how they will make use of education to escape some of the vicious cycles they have been exposed to growing up, such as poverty and unemployment. However, in most cases, many of their dreams are shattered before they even begin.

What exactly is meant by that? We have a wave of black students going for higher education but not coming from a wealthy family background and hence struggling to pay tuition fees and housing, which disqualifies them already during the early stages of the race. Grades are the entry point for a university acceptance , however  money is the determinant factor when it comes to actually attending university. Therefore, the dream of going to a higher education institution and breaking cycles is often shuttered because of non-affordability. Thus, the famous quote by Nelson Mandela that “education” is a powerful tool that can be used to change the world” becomes irrelevant for them, due to their financial constraints, which are a direct consequence of Apartheid.

The above stated saw the start of the #FeesMustFall movement, a struggle in which students demanded free higher education for all, because they knew that if everyone would be allowed access to education they will to a certain extent possess the power to change the fate of their future while shaping it to what they want to see.

The introduction of #FeesMustFall was not an end in itself because it carried the potential to unlock many doors for the disadvantaged particularly black children. What this implies is the moment higher education became “free” for students whose parents earn less than R350,000 a year, it was supposed to create equal opportunity for disadvantaged students to compete. 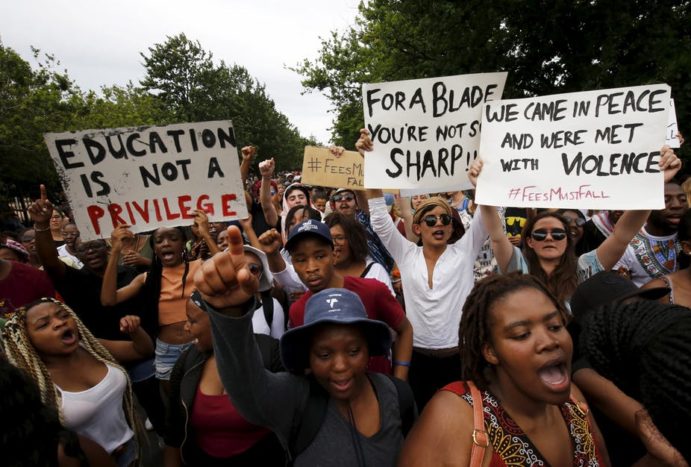 An opportunity to break cycles such as poverty and unemployment that they face. However, a number of issues must be noted with this supposed victory. Firstly, it creates a “missing middle” of those students who are too rich to qualify for free education benefits but too poor to afford tertiary education fees. Secondly, it creates a situation in which the university is dependent on rich students and will thus cater more to them. Lastly, unlike the models of funding for free higher education put forth by #FeesMustFall students, which suggest bringing in funds through increasing the corporate tax for instance, the government’s funding has come from reducing spending on primary education, which will hurt the poor black child to a much larger extent. Furthermore, it is yet to be seen how and whether this policy will actually be implemented. Which leaves us with a question: should we continue to celebrate youth day given the hardships that the youth face today at all stages of their lives?

We can struggle all we want, but if the struggles do not bring real change and the youth still face the same problems then we would have created a fallacy victory. It’s high time we revisit our lives as young people that although we took to the streets and unionized against the wrong and we experienced a real victory. If we compare the “victory” to our current lives and where they are going can we truly declare it a victory? Or maybe the future was simply stolen from us before we even arrived at it.

We need to be asking ourselves questions about our realities as youth and if we have achieved something. Because June 16 has to move from just being iconic to being a pusher for us to change and create the future we want. We are grateful for the struggles because they make us who we are, but it doesn’t end there. “A luta continua” until unemployment, educational inequality, poverty and the other issues that face our youth are  dealt with.

We are the future, and it is in our hands. We have the power and potential to shape it to what we want to see in it.