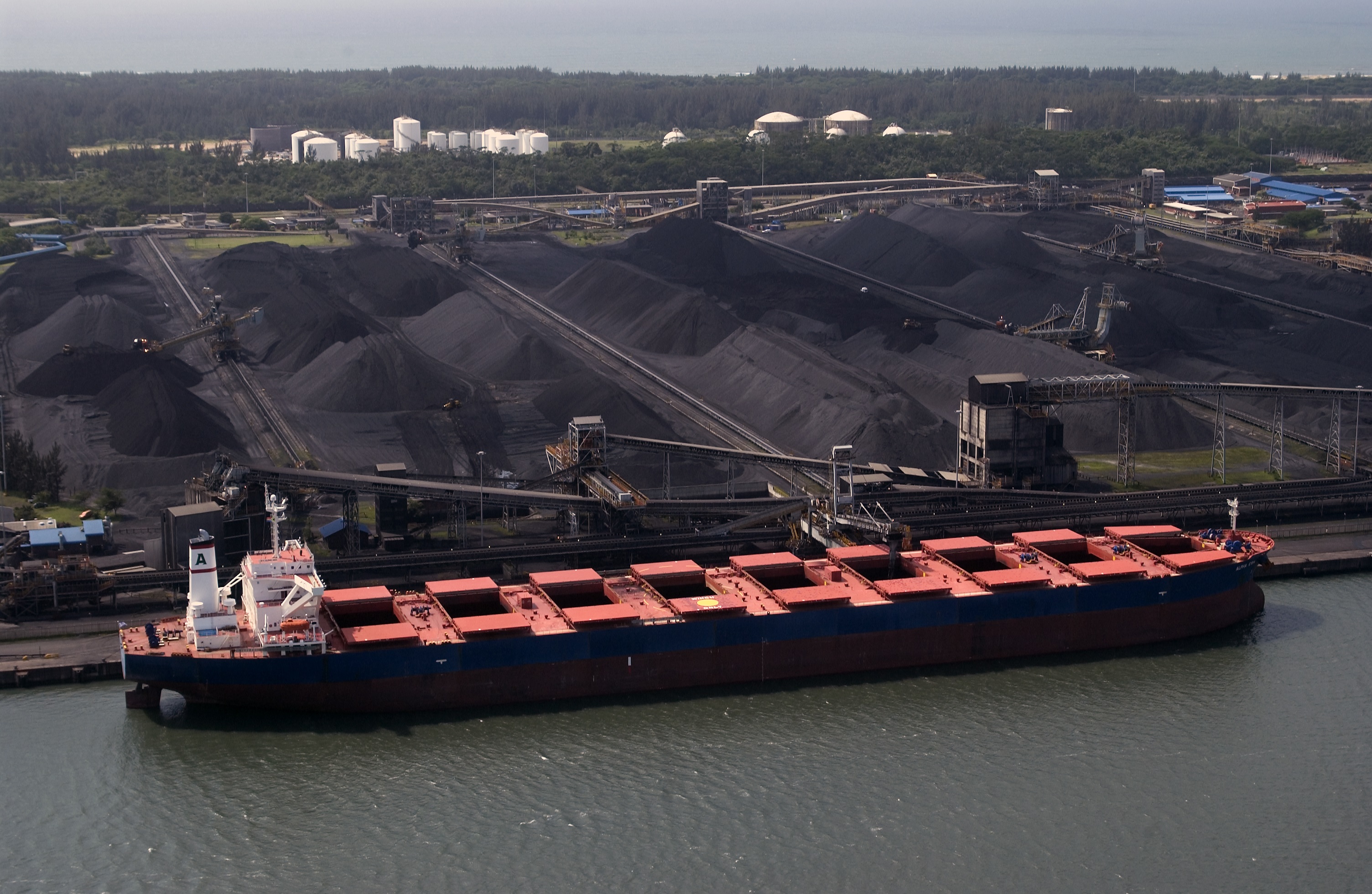 It is now widely accepted that South Africa’s economy is not just stagnant. It is in a crisis. The business-oriented media and policy makers recognise this from slow or declining economic growth., The majority of people know it because of the extreme hardship they suffer. More than 10 million people do not have work and income. Many of those who are employed are in such a poor position that they must carefully weigh up if the wage warrants the transport and other costs associated with getting to work.

Behind the crisis of the economy lies on the one hand an investment strike and on the other hand, a government frightened to take action lest it alienates international and domestic investors.

In September, Ramaphosa’s government was discussing how to get out of two quarters of shrinking production of goods and services (GDP – Gross Domestic Product). Statistics for the third quarter will not be significantly better.

The collapse of strategy

The government refuses to take any measures that would challenge the power of corporate and finance capital. It is haunted by low global growth, and even the threat of trade war. So it is now caught in the game of brinkmanship, increasingly trying to avoid a collapse.

The blatant failure of the National Development Plan (NDP) illustrates the problem. Increasingly, the government has no decisive strategic orientation. It ends up just taking a series of tactical decisions with no longer-term sense of direction.

They hailed the NDP and its employment, equality, poverty alleviation and social stability goals targeted for the year 2030. But these were built on an assumption of an average 5.8 percent growth of production per year. Analysts today speak of 0.6 percent growth in 2018. One reason is the investment strike going on in the country: corporate capital is hoarding about R1.5 trillion in bank accounts. They are waiting for better times, when mega investments will realise profit rates as high as 15 years ago, before commodity prices (raw materials including minerals) started to fall.

At the current 0.6 percent GDP growth, the population is simply growing faster than the production of goods and services. That means that in 2018, production per person in the country of South Africa will fall, as it did in 2017.

Money taken out of consumption

The measures the government takes to address the problem only makes things worse. Take for example, the April VAT increase. This took R23 billion away from all consumers annually: from the most affluent households in Sandton, down to the most impoverished township dwellers and farm workers. That is R23 billion less to spend. For the poor this not only represents a drop in income, fuelling their poverty. The businesses depending on that R23 billion will lay off workers to make up for their loss of income.

But we are in a vicious cycle: dysfunctional state enterprises and corruption and the failure to tax the ultra rich has led to a rising debt problem for the government. Very soon 15 percent of all tax revenue will go to pay just the interest costs on the state debt. Making things worse is that our currency, the Rand, is losing value against international currencies, making our imports more expensive. The rising cost of petrol is the result. To stabilise the situation, the South African Reserve Bank has started pushing up the interest rates (the cost of borrowing). This makes the financiers richer, leaving the rest of the population with less money to spend. Less spending leads to a shrinking economy, which in turn leads to less investment in the productive, employment-creating sectors of the economy.

All this is indicative of the structural nature of the economic problems we are facing. Only structural change will get us out of this downward spiral.

To the established financial system, what is scarier is that higher credit costs and price increases will lead more people to renege on their debts. The “Over Indebted Club” currently has 8 million members – South Africans more than three months behind on loan repayments, If the membership expands much more, then the banks and others with reckless lending in their books might start to fail.

This is what happened globally in 2008. In a couple of months, the financial meltdown and chain reaction led to over one million workers in South Africa losing their jobs.

Even more people than today’s one out of four will go hungry to bed, including children. Today one out of four children below the age of five has stunted growth as the result of malnutrition.

The capitalist system could not care less. Those children and their ten million parents don’t possess any profitable buying power or credit cards with banks. Their debt is to loan sharks. They atr part of society where unemployment rates are more than double the official 27-28 percent and where women and children are victims of men going mad.

More disorder in the wait

We should remember that when the economy was experiencing economic growth of 3 to 4 percent, between 2002 and 2008, the income was appropriated by the rich, and the ANC used some of it to fund the building of a black elite. During this time workers’ wages were frozen and inequality increased every year between 1998 and 2008. But shareholders dividends were not frozen. In fact, they increased spectacularly. So, whatever growth there will be in the SA economy, we should be clear: the old and new elites will hoard it for themselves. In these circumstances, inequality will increase and so will poverty.

The economic policy of the government comprises equal parts of waiting: waiting for the global demand for minerals to pick up (coal, chromium, platinum, gold …). And waiting for hundreds of billions of rand of investment on credit in mega projects designed to support the extraction of minerals. We have pipelines from Mpumalanga to the East Coast, petro-chemical and coal export harbour expansions, new cranes in Durban and Richards Bay, train and railway expansion and new highways to support the car industry and truck transporters. And around our whole coast, multinational companies like Shell and British Petroleum are exploring the sea bed for oil.

The planning and execution of the mega projects have no regard for climate change or for the conflict it causes everywhere where communities are displaced, the environment is damaged and livelihoods are threatened. They take place against a backdrop of increasing indebtedness and looting of the state and state owned enterprises (SOEs).

But it is not corruption as such that is the problem of the SOEs and the government. Corruption is more the outcome. Beside the refusal to expand taxation, deal with profit shifting and stop the outsourcing and tender frenzy, the mega fossil and other giant projects are an important part of the cause.

The prime example is Sanral. The state road agency has not yet been drawn into the Gupta Leaks or figured in major corruption scandals. Still, its continued financial existence is in questionE-tolling is collecting less than 10 percent of what was planned. The R8.5 billion N2 Wild Coast Toll Road is becoming another headache. A community blockade south of Port Edward in Eastern Cape is costing Sanral millions per day. Sanral’s existence as a “going concern” is therefore in question. This is not mainly because of corruption. It’s because of the government refusing to listen to the people.

Some projects are too big to be called development or provide local employment, but excellent for looting and for debt financing and for destroying the environment and good land that people are using to achieve food security.

No market for minerals

The government’s giant leap into an extractivist future is hitting the reality of the slow motion global capitalist crisis, which might soon create a financial blow out. There is weak demand for the minerals and commodities on which this economic policy is based. Corporate capital is on strike and only prepared to piggy back on tenders and inflated state contracts.

The second objective obstacle to real development is social. Investment in the social imperatives of housing, clinics, schools, water, sanitation and the labour intensive building of social infrastructure is now undermined by the pressure on government from the credit agencies and international investors to cut expenditure and the debt.

Getting out of the economic crisis will not be easy, given the global situation and the power of the elites. Such a policy change would need a socialist mind-set and will to gather full, informed consent and support from the people. Both those things are alien to the present government. In today’s global environment, its brinkmanship will end in the arms of even bigger creditors – IMF or China – with harsher and harsher terms and conditions attached.