We could summarize what Eric Hobsbawm called the short XX century (1917-1989) as the battle for taking over the State in order to fulfill completely different proposals: the never-completed communist project, the fascism and totalitarian State, and the neoliberal counterrevolution. The battle for the State has been one of the keys of politics during the short XX century, as well as the core of leftwing politics in order to take the reins of capital within a Keynesian-fordist regulation. After 1989 there’s a need to put some questions to ourselves: how can we go beyond the dispute over the control the state? What does it means seizing power within global neoliberalism? Which kind of constitutionalism and institutionalism do we need in order to confront global financialized capital? 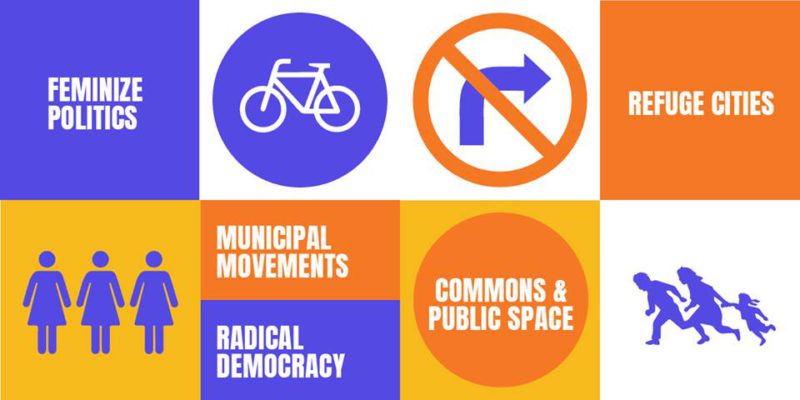 (1) The first experiments for reinventing constitutionalism after 1989 came from Latin America. Ecuador, Boliva, Venezuela or Brasil made a big effort to go one step beyond the republican and socialist constitutionalism and reshaping the relation between constituted and constituent power: power does not only have to be taken it must also be distributed. In order to understand this shift we must consider the singularity of Latin-American context, as well as the revolt against neoliberalism of its feminist, indigenous, class and ecologist movements. Raul Zibechi has talked about the differences between Global North and Global South movements. In the first case social movements are part of a State that doesn’t recognize the necessities and demands they express, yet they claim for recognition. In the second case social movements and communities have already produced a different institutionality than the official one. Yet they don’t claim to the State to recognize and incorporate their demands, but to produce a different kind of institutionalism which can only be plural and in a constant process of change. Here the importance of non-state based politics becomes crucial, and produces the emergence of the sphere of the commons as a new path for thinking political institutionalism, self-government, and public policy (a good example of this is the constitutionalization of Sumak Kawsay).

(2) The commons are central also within the feminist approach, as financialized capitalism entails a privatization of the reproductive sphere and drives to the ‘crisis of care’. Ecofeminism has brought our attention to what has been called the ‘global commons’: all the biosphere is today threatened by financialized capital, the reproduction of life itself is being jeopardized. But beyond that, the feminist movement can give us some key aspects for rethinking institutionalism itself. This aspects are: the politics of difference (to confront the univocity of historical constitutionalism), the politics of cooperation and non-competition (to confront hierarchical models), and openness (to confront closed processes). 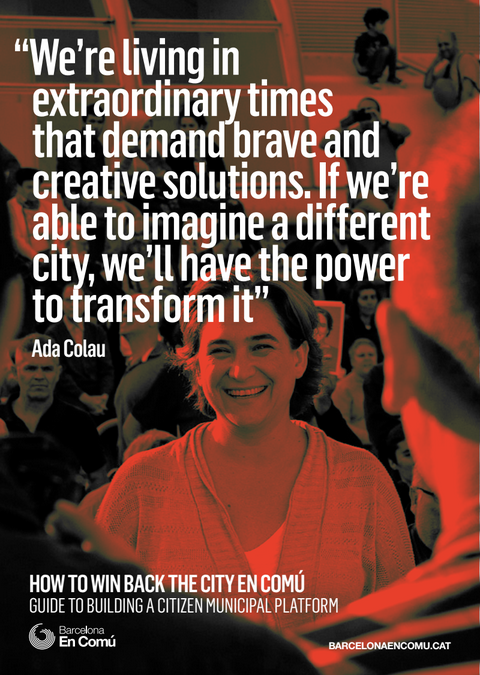 (3) The 3rd hypothesis for rethinking institutional power is municipalism. In the Spanish State it has a long tradition, coming from libertarian movements and the First (1873) and Second (1931) Republiques. The hypothesis of Barcelona En Comú and the other municipalist projects springs up from the ruins of the political regime that emerged after Franco’s death and the Constitution of 1978. This regime went into crisis due to the pacific insurrection of the 15M movement in 2011. In Barcelona we thought that taking back the city and its administration could be a starting point of a wider constituent process. Here we conceive constituent process in republican terms, not as the act of a government to produce a new constitution but as the act of a multitude to produce a new government. We were coming from grassroots movements and we thought that taking back the administration which is closest to citizens’ daily live could be crucial for reinforcing urban social movements, producing a new ethics of politics, and reshaping politics itself by bringing it closest. At the same time we considered the role that cities play within financial capitalism, as clusters of global accumulation, mostly for a bunch of big markets such as the financial, real estate, knowledge, touristic and logistical ones. We only have to take into account that the 60% of investments of the wealthiest global 1% are on real estate market, and how this market was the core of the Spanish economic model for over 20 years. These global and local conditions were the reason why we considered municipalism can gave us some political clues. Two years after taking office we can set two contradictory assumptions:

– We have more power than we thought: by showing that the political change is possible, we produce the possibility of change itself. During these two years we confronted banks and oligopolies in order to stop thousands of evictions, take back hundreds of empty flats owned by financial institutions, start a process to take back the control over water and electricity, we passed a plan to regulate touristic industry in the whole city, we brought feminism at the very core of the municipal agenda. These are just some of the key strategical changes but is only by doing so that we can reinforce the relation with social movements (from the city and abroad) and with other local progressive administrations such as the one of New York, Naples or Grenoble. Building these alliances is the only way to stretch our framework of possibilities and to keep on producing progressive changes within a local administration that is completely confined.

The institutional change lives in a contradiction: it can only unravel within a legal framework, but it produces a constant stretching of this framework.

What do we mean when we talk about municipalism? This is central point because it doesn’t only implies city based political experiences but any process of institutional seizure. There’s what we can call the type 1 of municipalism, which consist only in taking office, reaching as many seats as possible, and making progressive policies. But there’s another kind of municipalism which consists in taking office, reaching as many seats as possible, making progressive politics and transforming the institution itself and its mechanisms in order to distribute power. This second kind of municipalism entails producing alliances between the institution and social movements in order to build common counterpowers. At the same time it entails giving autonomy to the social movements and opening the institution in order to let them act as a counterbalance. Once you have distributed power you lose the monopoly of the strategy and the agenda, so this second type of municipalism entails losing part of the control of the political process, but enhancing the changing process. Following the Zapatista motto, it means “gobernar obedeciendo” (lead by obeying). So the question is not just how do we let the institutions be constantly produced by counterporwers or how we link the first ones with the second ones, but how to design a common strategy, which will need to be constantly negotiated, in order to produce a network of grassroots and institutional counterpowers. As the Mexican activist Raquel Gutierrez have said, the new dilemma is not about being inside or outside the institution but about de-statalizing the institution itself. This dilemma does not only concerns muncipalism but any institutional political project aiming to change social reality in a given context. The 15m movement in Spain sprung up with the yelling “They don’t represent us!”. If we are about to produce a political response to this claim from the institutions we will need to change the institutions themselves.

(2) Beyond nation-State framework: the need to produce sorts of transnational institutionalism.

The question today is not if we ever take the state or not, but how to knit a network of post-capitalist administrations and grassroots movements in order to increase competences over global capitalism. We will only be able to take back power and wealth from those who unlawfully hold them by playing in their own global arena. We still don’t have global democratic structures, a sort of what Vandana Shiva has called the G-7 billion. But we have a network of struggles and institutional counterpowers whose links need to be stretched: municipalism and progressive local administrations in Spain and abroad, the rebellious territories in the turkish kurdistan and Rojava, the Via Campesina and the Sem Terra movement in Brazil, the reemergence of the feminist movement in Argentina the USA and worldwide, the migrant and refugees struggles in Greece and eastern Europe, the No TAV, the fight against extractivism in Africa, China and Latin America, the revolts against corruption in Bulgaria or Russia, the eternal resistance in Palestine, the worker movement in Bangladesh and southeast Asia, the LGTBI struggles in Turkey, the peasant insurrections in China, the global hacker community for net neutrality, open data and the right of information, the organization against evictions in Spain (PAH), the emerging democratic forces in the Magreb and Mashreq, the indigenous struggles in Latin America…. These are mainly struggles fighting at the cores of global capitalist accumulation: the cities and the metropolis, the scenarios for the right to the city conflict. We don’t have a predefined model of how this new transnational and de-statalized institutionalism should be, but the starting point comes from below. The answers, as ever in history, always come from below.

One comment on ““Seizing power” during the short XX century”