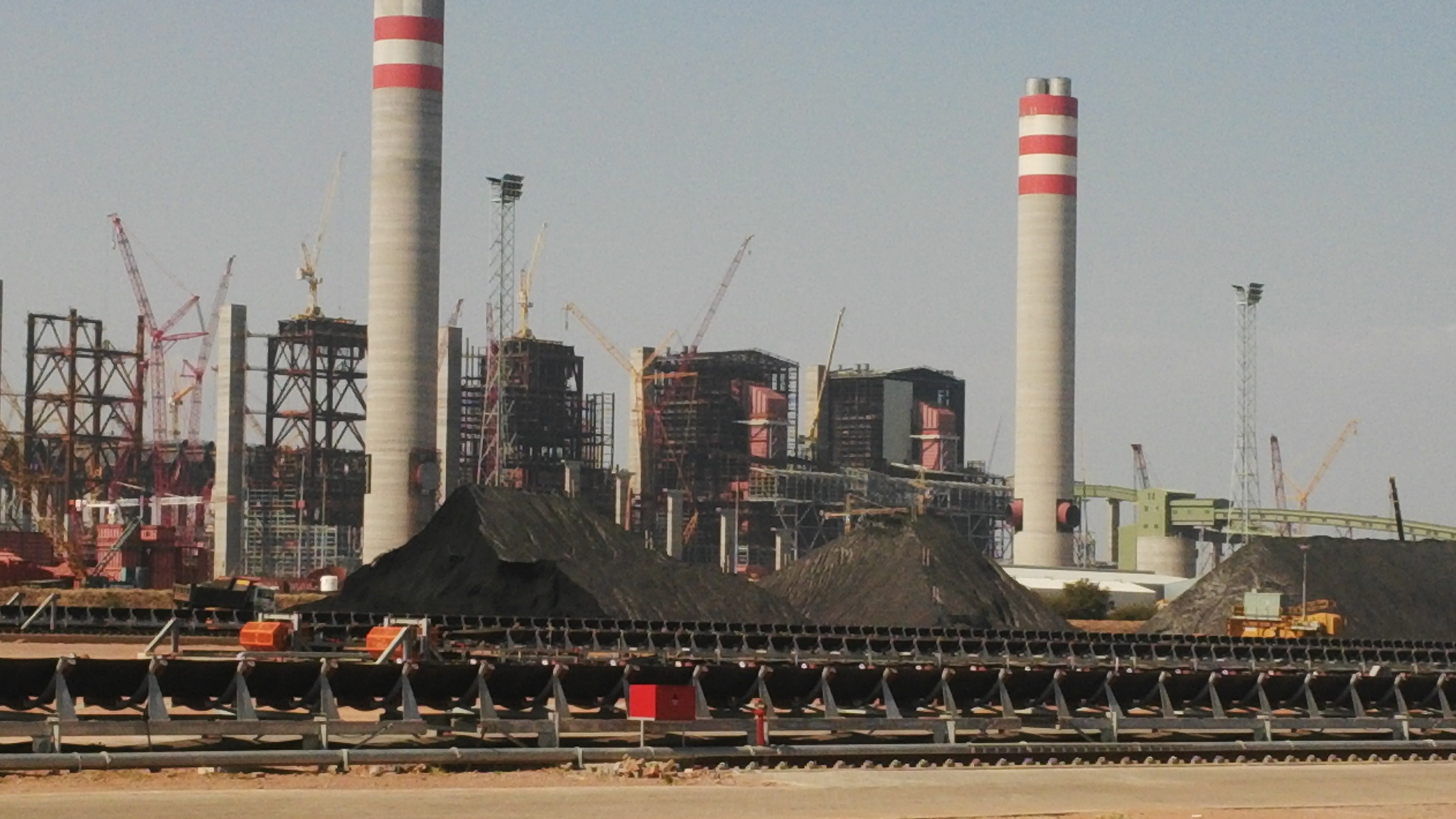 President Cyril Ramaphosa’s SONA address on 7th February 2019 made the briefest possible mention of the just (and necessary) transition from fossil fuels to renewable energy. He acknowledged that “The devastating effects of global warming on our climate are already being felt, with extreme weather conditions damaging livelihoods, communities and economies.” But he did not speak the phrase “climate change” out loud.

He used the term “just transition” in the context of the restructuring of Eskom:

“Security of energy supply is an absolute imperative. Eskom is in crisis and the risks it poses to South Africa are great. It could severely damage our economic and social development ambitions…We will lead a process with labour, Eskom and other stakeholders to work out the details of a just transition, and proper, credible and sustainable plans that will address the needs of all those who may be affected.”

Which transition was the President referring to? The transition away from the current form of Eskom to an “unbundled” Eskom, of course, with the separation of generation, transmission and distribution of energy. Far from an understanding of the need to transition away from fossil fuels, the President made a strong statement that the oil giant Total’s finding of offshore gas could be a “game changer” for the economy.

So on the one hand the labour left is struggling to come to terms with the need for a transition away from fossil fuel, in particular coal and oil. Its overriding concerns are unemployment and fear of job losses. On the other hand, the concern of the ruling ANC is to expand the current Minerals-Energy Complex domination of the economy. And they have the happy collusion and investment of the biggest fossil-fuel companies in the global capitalist world. 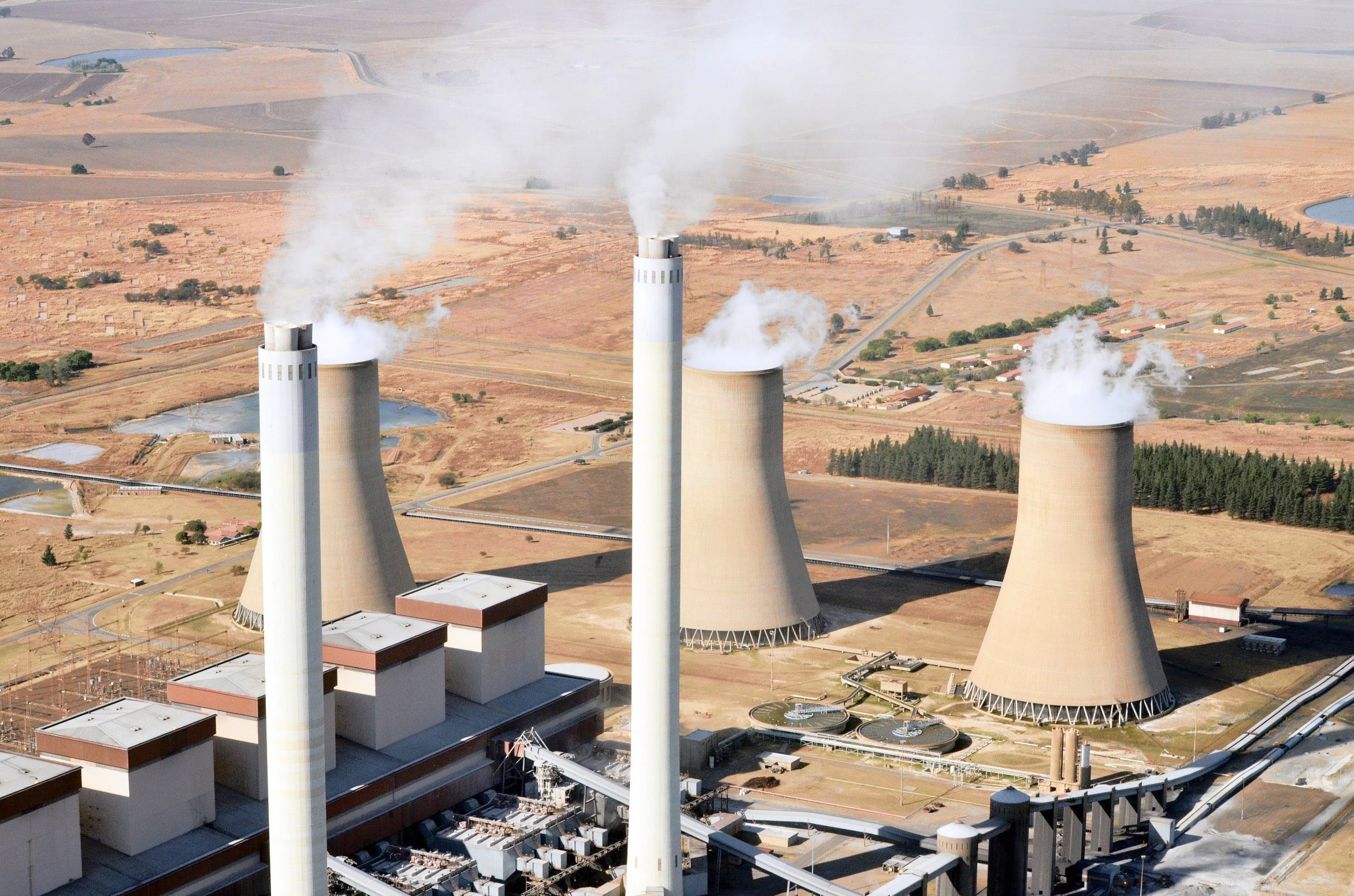 What does ANC offer on just transition?

Its manifesto emphasises job creation through “inclusive growth”. It does have some admirable emphasis on township and village economies, cooperatives, localisation and de-monopolisation. So it offers a commitment to:

But while it does acknowledge the need for a just transition, the danger is that its concept of just transition is limited to a tinkering with the existing Minerals-Energy Complex.

Is DA any better?

The DA, currently the largest opposition party, offers remarkably similar rhetoric in its commitment to policies which respond to climate threats. It seems to understand climate threats as a rural problem rather than a challenge to the entire economic system based on resource and labour exploitation. If in government, the DA intends to:

“Improve the quality of vital infrastructure and ensure rural and farming communities can adapt to the challenges of climate change by compiling a detailed resilience plan to respond to the most urgent impacts of climate change with a view to minimise the shocks and stressors experienced by the agricultural sector and rural communities.”

The emphasis on building resilience is not situated within an understanding of the structural link between climate change and global capitalism, nor of the need for a just transition. It does, however, have some innovative policies regarding IPPs and the building of local grids:

“A DA national government will:

This does indicate the potential to allow for Community Owned Renewable Energy initiatives. However, the DA’s economic policy is based on private enterprise and a free market, rather than worker, community or collective ownership of the means of (energy) production.

Who do we vote for?

So if we cannot rely on the ANC or its mainstream opponent, the liberal DA, to further the agenda of a just transition, which party can we look to when we cast our vote on 8th May?

Among the mainstream contenders, the best bet is the EFF. Its comprehensive election manifesto takes up the “climate jobs” refrain abandoned by the labour movement:

In addition, the manifesto commits an EFF government to:

The problem is that these clear and admirable climate-related goals are situated within the EFF’s dubious populist politics, with rhetoric on other issues clouding – and overriding, in the minds of voters – a straightforward focus on the just transition.

Can we look then to one of the smaller labour and/or green parties as a viable alternative? On the labour front, the main contender is the Socialist Revolutionary Workers Party, led by Numsa. It can be expected to articulate the Numsa position on just transition. While no election manifesto was available at the time of writing, Numsa positions taken in 2018 regarding IPPs and coal-fired power stations were widely understood as a reversal of the “million climate jobs” position taken at COP17 (Durban, December 2011) where Cosatu launched this ambitious commitment to the transition to renewable energy.

What about the greens?

On the environmental front, there is more than one active “green party” in South Africa. The Green Party of South Africa will contest the election with a view to promoting its agenda rather than winning a majority in parliament. Its manifesto takes the clearest position on the need for transition from fossil fuels: “An end to fossil fuel dependency – over a period of five years, with strong incentives for the development and adoption of alternative energy sources.”

A very similar agenda is put forward by the confusing “Green South Africa” party. But all they say about energy and the need for a transition is that “Energy production needs to be reformed”.

However, any green party that hopes to attract anything beyond a fringe of middle-class environmentalists would need to “speak” to concerns of the majority of poor and unemployed – to take a position which combines social justice with environmental priorities. In a phrase, a “just transition” party is needed.

The one explicitly ecosocialist party that was registered in South Africa was the Socialist Green Coalition, formed in 2009 under the leadership of seasoned left activist Trevor Ngwane. There is no indication to date that it will contest the 2019 election.

Lastly, Azapo, which has at times articulated a clear ecosocialist position (although it does not claim it as such), has not emphasised or referred to a just transition in its manifesto for 2019. Its limited focus on the environment notes that “An Azapo government will adopt clean production strategies, promote renewable energy and wean our economy off fossil fuels such as oil and coal”

Despite its explicit socialist orientation and some admirable policies such as a Basic Income Grant, Azapo is not likely to attract votes from more than a tiny section of the black working class.

Sadly, South Africans do not have a convincing alternative party to vote for on 8th May. The reasons for this lie in the class basis of the leadership of the dominant parties in South Africa, and their overriding economic interest. This combines with the structurally weak position of the working class and the failure of the left to clearly marry the solution to both the economic and environmental crises facing us. Those of us whose primary concern is a just transition will have to recognise that it is work and mobilisation on the ground, rather than elections, that will make the difference.