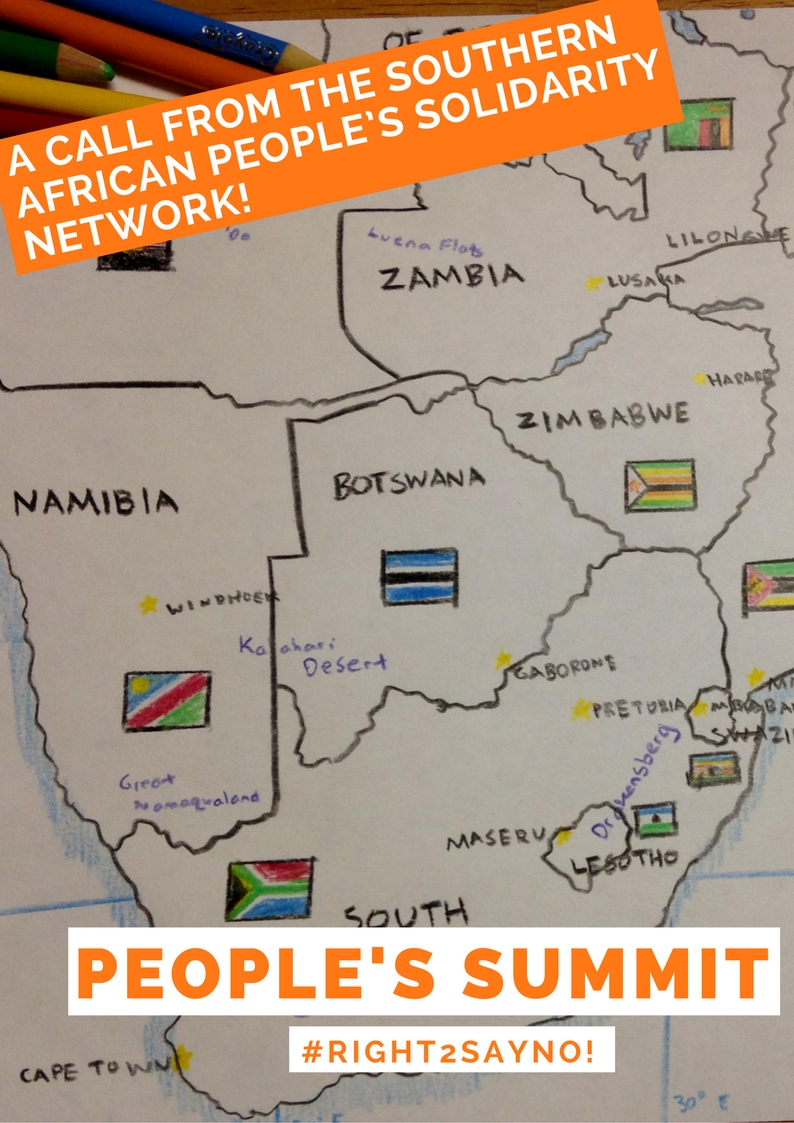 On the eve of the 37th SADC Summit we make a call for trade unions, the social movements of our region big and small, for activists, militants and radical intellectuals to converge in Johannesburg from 16 – 19 August at Constitutional Hill to begin the process of building a programme of resistance: resistance to the local elites, to patriarchal capitalism and its violence, to the imperialist corrupters and to warlords whose greed and cruelty are robbing our people of our present and future and in the process destroying the natural environment. Ours will not be a mindless resistance but a struggle guided by a vision of solidarity of poor and working people united for an eco-feminist and eco-socialist future.

We no longer have the aspiration of reclaiming SADC. It has been captured, drained of every progressive impulse and made impotent in reconstructing a future free of oppression, exploitation and extractivism.

Every journey starts with the first small and tentative steps. When we march on the Heads of State Summit on 18 August we will be making those steps. By demanding a Southern Africa which recognises the right for the free movement of its people as opposed to destructive capital, we will be striking a blow against xenophobia, misogyny, sexism, racism, homophobia and all forms of prejudice.