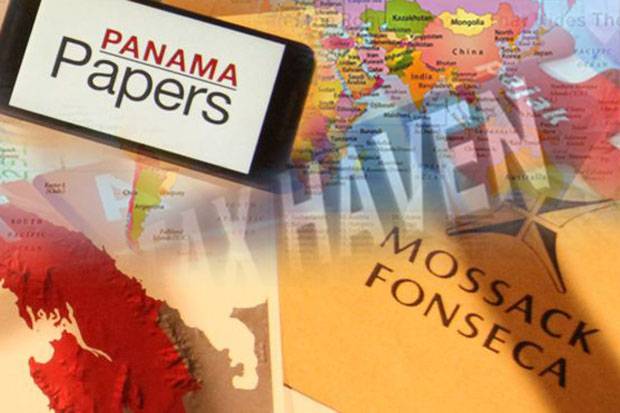 Investec’s claims that it has no ties to Panama-based law firm Mossack Fonseca are undermined by the mention of its name in 24,732 documents in the Panama Papers and existing trails of business connections in known tax havens, writes Barry Sergeant

In June 2016, banking and asset management group Investec released an emailed statement indicating that it was not active in so-called tax havens, having quit that business segment in 2013.

The denial arose following the release of the so-called Panama Papers, the largest data leak in history, from Panama-based law firm Mossack Fonseca. Investec was eager to distance itself from the practices of Mossack Fonseca’s client based and said: “Investec has sound anti-money laundering policies and processes in place and does not condone or support transactions or tax structures which have the intent of evading tax.”

While conceding its involvement in tax havens since at least 1998, Investec seems determined to create the impression that it had long ceased activities in such jurisdictions. “As part of the group’s objective to simplify its Specialist Banking activities, Investec undertook a strategic review of its trust operations in 2011 which ultimately led to the sale of all of its Trust businesses in 2013.”

This is, at best, a half-truth, and begs the question of why Investec is so determined to create an impression that simply cannot be backed up with evidence. Indeed, the evidence points in the opposite direction.

While Investec reconfigured its tax haven segment during 2013, the means and manner adopted suggest that one of the main objectives was to ensure that its activities on behalf of clients were moved into further obscurity. Since the turn of the century, there has been a global bid to tighten regulations applicable to tax havens; by now, only a few countries remain on the Financial Action Task Force (FATF) blacklist. Most have agreed to co-operate by sharing information about entities and individuals when criminal activities may be taking place.

The first (and far longer) blacklist was published in 2000, under the auspices of the Organisation for Economic Co-operation and Development. It instituted the FATF of Non-cooperative Countries or Territories, which were perceived as possibly being involved in money laundering and the financing of terrorist activities. This included practically all historical tax havens.

It’s publication was a signal to entities with heavy-duty tax haven business that regulations were tightening across the world. But Investec took a long time to react.

Tax havens are not always used for illicit purposes, of course. Sometimes a chain of tax havens is used to reduce an effective tax rate to as low an amount as possible.

In its 2013 business reconfiguration, Investec sold certain of its “trust” entities – presumably its generic term for tax haven entities – to the Salamanca Group.

According to a disclosure made by Investec to UK authorities, Investec sold (or liquidated) practically everything it owned in Jersey during that year.

The figures in the table below indicate the prevalence of mentions of individually-named entities in the Panama Papers database. Investec Trust (Jersey), for example, has its name on nearly 10,000 documents leaked from Mossack Fonseca. This indicates a considerable degree of activity, to say the least.

Investec recently rejected the notion that it had any relationship with Mossack Fonseca. Assuming this to be the case, there is evidence that there was a long period when Investec did conduct high volumes of business with the law firm.

In Guernsey, there are indications that none of a dozen or so entities were impacted by liquidation or sale. Investec Trust (Guernsey), which was mentioned over 6,000 times in the Panama Papers, has since changed its name to ITG Limited.

On 6 April 2010, the Guardian newspaper ran an article which indicated that Investec Trust (Guernsey) was preparing to walk away from a debt of about £150m owed by one of its offshore businesses.

Investec was up against the Tchenguiz brothers, Robert and Vincent, two extremely resourceful Iranian businessmen.

During the scandal, there were already indications that Investec was shifting business out of ITG, with speculations that the offshore subsidiary would be left as an empty shell.

*All numbers in the table indicate mentions in the Panama Papers

While Investec sold or liquidated most of its interests in Jersey, its bank there remains a group subsidiary. Investec’s corporate website also still advertises a plethora of services from its “business in the Channel Islands”. And on its list of “bespoke services” are common tax haven client profiles: “high net worth individuals, fiduciary companies, fund houses and the insurance sector” and “bespoke offshore banking for UK resident and non-domiciled individuals.”

During 2013, the Investec “trust” businesses sold to the Salamanca Group included only those in Jersey, Switzerland, Mauritius, and, curiously, Investec’s home of South Africa.

The relationship between Investec and Salamanca (possibly based in London) is distinctly murky. Early in 2014, Salamanca announced that the business it had acquired from Investec had, at that time, “over £4.5 billion in assets under administration, [that] will be run as a stand-alone Trust & Fiduciary business unit of Salamanca Group.” The entity employs around 100 people with over 20 different nationalities across offices in four countries.

While the Salamanca deal lessened Investec’s activities in traditional tax havens, was it enough to justify Investec’s recent statement that it was not aware of why it had been named in the Panama Papers and had no relationship with Mossack Fonseca?

For example, on 9 September 2015 the British Virgin Islands office of Mossack Fonseca certified documents under the name of Investec Bank (Mauritius).

Tax haven business is never simple. There are schemes, structures and transactions in which Investec has been, and remains, directly involved which continue to have a connection with Mossack Fonseca. To outright deny any dealings with the firm suggests that Investec is not telling the truth.

Investec’s disclosures indicate that it closed its only operating entity in Panama, RTC Nominees, during 2013. But Mossack Fonseca was still available to offer many of the services of an office in Panama.

* Number indicates mentions in the Panama Papers (source: not Investec)

Again, Investec’s own disclosures indicate that it exited much of its British Virgin Islands business during 2013, but retained Finistere Directors and GFT Directors, which both feature in the Panama Papers.

Investec’s direct involvement in the Cayman Islands appears to be limited to Investec Pallinghurst, representing its investment in the group founded by Brian Gilbertson, a former CEO of BHP Billiton. Pallinghurst is listed on the Johannesburg Stock Exchange, but its disclosure standards are poor.

All told, the name “Investec” appears in 24,732 documents in the Panama Papers. Investec’s reaction was that: “In respect to the number of references, Investec does not have access to the database and does not know the context or how many of these references are duplicates or how many in fact might relate historically in any way to the Investec Group.” There are certainly some duplicates, and certain references pertain to business done within or involving entities that have since been liquidated or sold by Investec.

Investec has further stated that: “We believe that any references to Investec in the Panama Papers might relate to Trust companies no longer owned by the group.” As a reminder, Investec has recently referred categorically to the “sale of all of its Trust businesses in 2013.”

Yet in its 2015 annual report, Investec mentions the Tchenguiz case as the only specific one mention under “legal proceedings”:

. . . a claim has been made in the Royal Court of Guernsey against ITG Limited (formerly Investec Trust (Guernsey) Limited), a subsidiary of Investec plc, for breach of equitable duty for skill and care with a related claim for liability for the debts of a client trust.

Questions have arisen over Investec’s role as the trustee in the case and in London, the Queen’s Bench Division of the High Court of Justice held on 31 July 2012 that:

It would have been very simple to have explained the arrangements made between RT [Robert Tchenguiz], TDT [the Tchenguiz Discretionary Trust] and the offshore companies, the role of Investec and how transactions were carried out … It is a matter of great regret that the Information adopted the tone it exhibited and did not clearly and properly explain the arrangements.

Based mainly on reports by audit, tax and advisory services company Grant Thornton, at one time the Serious Fraud Office (SFO) in the UK arrested Victor Tchenguiz. However Victor Tchenguiz was exonerated of all charges.

In the wake of the SFO abandoning its investigation, another advisory firm, Stephenson Harwood, noted on 31 August 2012:

Consideration of the SFO’s evidence and disclosure has shed further light on the genesis of these misrepresentations [against Victor Tchenguiz], and it has become clear that the SFO’s conduct was founded upon inaccurate, misleading and partial information supplied by Grant Thornton.

A number of Grant Thornton’s allegations proved to be false and there were also a significant number of material omissions, particularly the “conspicuous absence of reference to Investec from the SFO’s understanding of the case.”

Stephenson Harwood added that: “It is obvious from the SFO’s explanations in the judicial review process and, indeed, from its counsel’s submission in the Judicial Review hearing in May, that Investec’s central role was never properly understood … by excluding or marginalising the role played by Investec from the allegations placed before the SFO, Grant Thornton helped to create a highly misleading picture of what actually took place”.

Grant Thornton had a history which suggested a cordial relationship with Investec, and an understanding of its modus operandi. In one instance, Grant Thornton had, in its capacity as liquidator of the Oscatello Group (part of the Tchenguiz saga), paid proceeds from the sale of shares in Somerfield worth £137 million to Investec.

Investec’s willingness – and ability – to influence the law enforcement process has been exhaustively investigated in South Africa, in and around the Brett Kebble saga and its aftermath. This included the temporary capture by Investec of the National Prosecuting Authority (NPA) during 2006.

This story was produced by Noseweek, together with the African Network of Centers for Investigative Reporting and the International Consortium of Investigative Journalists.