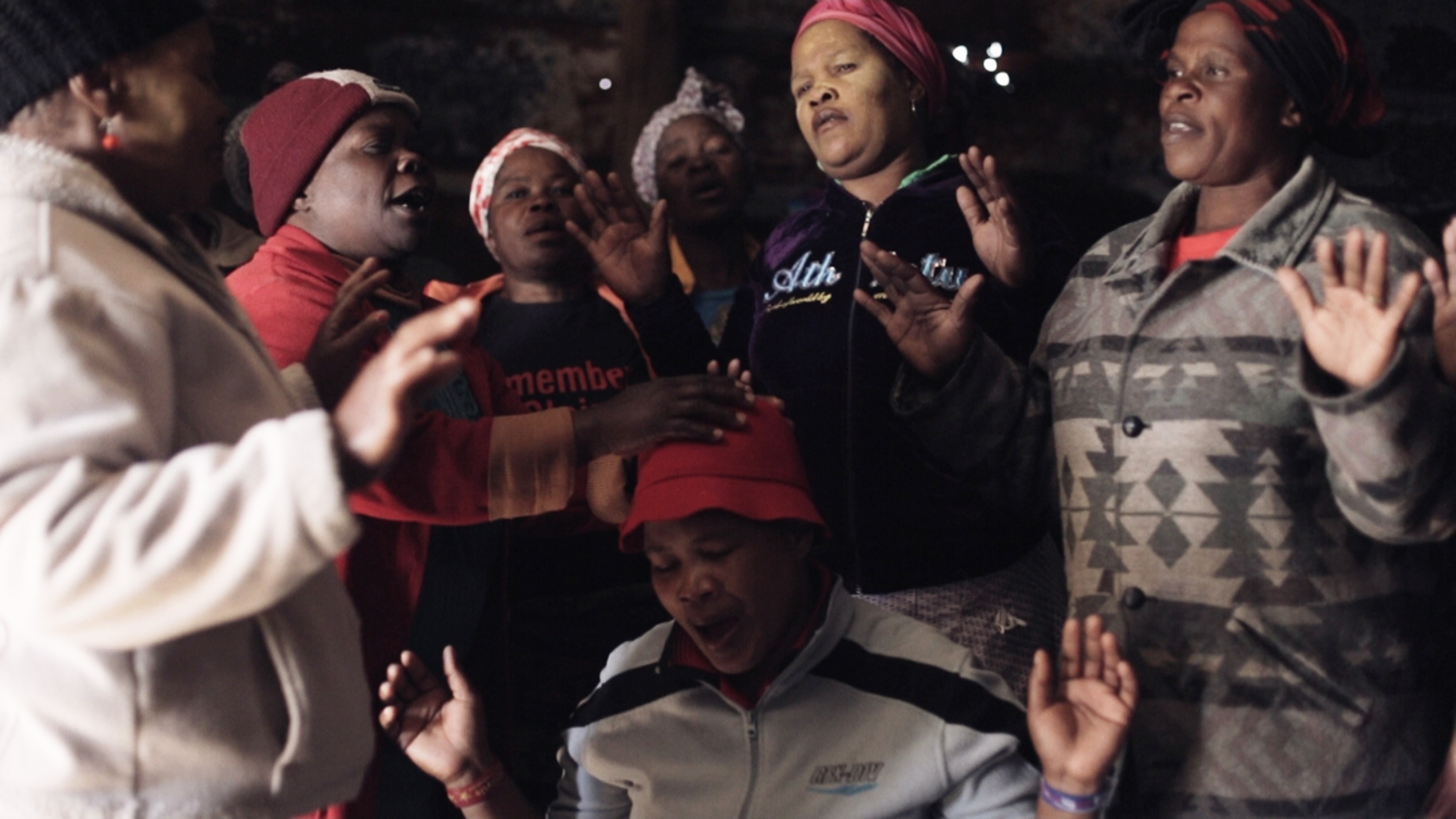 This years Encounters Festival showcased a number of new and interesting feature films. First time filmmaker and University of Cape Town student Aliki Saragas Strike a Rock was one of them. Saragas, first got the idea to make the film as a Masters student when she read an article about the women of Marikana in Amandla Magazine in 2013. Her website says “The ethos of my production company is to be a film company that champions women’s stories.”

The film is set, mostly, in Nkaneng shack settlement in Wonderkop, at the Lonmin mines in Marikana. Thumeka Maqongwana and Nomzekhelo Primose Sonti founded the women’s’ movement Sikhala Sonke (We cry together) during the 2012 Marikana Strikes. They are the main characters in a story that is ultimately as much about their friendship as it is about the politics of Marikana and the women’s movement.

The film unfolds as a story of how the two women’s friendship is tested when one of them Primrose Sonti becomes a parliamentary member of the newly formed Economic Freedom Fighters (EFF) and leaves Nkaneng for parliament. Thumeka remains in Marikana to lead Sikhala Sonke and to negotiate with Lonmin for housing and services, the key issues that the movement has come to champion. The film’s chronology and timeline follow the Marikana Commission of Inquiry and subsequent meetings with Lonmin. It demonstrates the discontents of a community and the anger they harbour still, while also raising important socio-economic questions about housing and services that should be the responsibility of Lonmin.

It gestures towards the political difficulties faced by community organisations or popular movements when they are drawn into the arena of party politics. And it shows the tensions between fighting for community based needs within an autonomous organisation and having to be a disciplined member of a larger organisational structure and a representative of a party. But the film does not explore this.

Strike a Rock is in some ways an answer to the male-centred narrative of Rehad Desai’s Miners Shot Down, which many critiqued for not engaging the politics of the women and the community. In that sense, it will be a welcomed addition to the growing body of archive on the Marikana Strikes and subsequent massacre. By focusing on the activism and the organisational capacity of the women of Marikana it explores a side of mining communities that is often forgotten and touches on important gender based issues like rape, having to take the places of the slain and injured and men underground after the massacre. The cinematography is good enough.,However one almost wishes there was another layer of editing that would provide a more politically crisp edge. Apart from that, it is an important film that should definitely be watched.

Since this review was written, Strike a Rock won the Backsberg-Encounters Audience Award for Best South African Documentary.