Renewable energy – benefits for all? 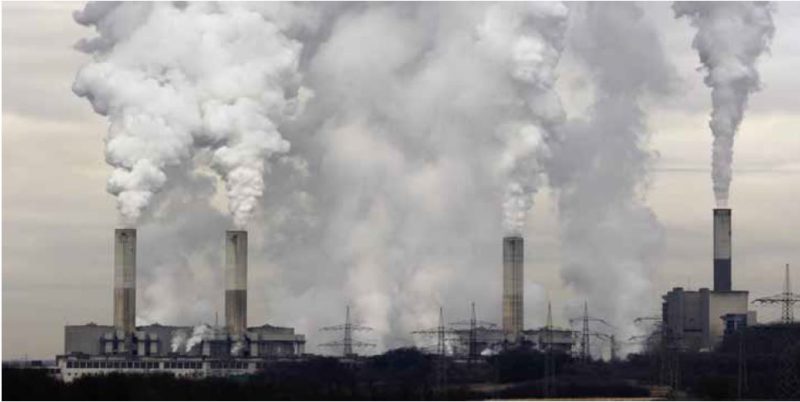 The South African government’s “Renewable Energy Independent Power Producers Procurement Programme” (REI4P), involves the private sector in the building and operating of 3725 MW renewable energy power plants. The programme has been hailed as a phenomenal success in its production of renewable generated electricity.

However, the REI4P is supp osed to do more than generate renewable electricity. It is supposed to deliver tangible benefits to communities, particularly communities within a 50 km radius of a renewable power plant.However, government has given up its responsibility for this to the private sector.

Massive public resources are being directed towards the roll out of false climate change solutions such as nuclear power plants (estimated R1 trillion). Meanwhile, renewable energy implementation is reliant on the private sector for delivery. Why is this? IPPs are skilled at generating electricity. They are not experienced or skilled in implementing service delivery or engaging local communities, and they should not be expected to take it on.

Social Labour Plans (SLPs) are a similar idea in the mining sector. They are supposed to provide for mining affected communities to receive benefits from the mine. However, research shows that the SLPs have failed to deliver the anticipated social benefits. Local affected communities lack the power to challenge the operations of foreign companies who are investing in the extractive industries in order to maximise profits. This has led to the failure to implement any social programmes or environment safeguards. Renewable resources do not carry the same environmental hazards as extractive industries. However, it is likely that local affected communities will also lack the power to challenge their operations, and affected communities will be similarly disempowered.

In essence, the structure and mandate of renewable energy companies is to minimise costs and maximise profit. Yet the REI4P expects them to carry out local government mandates of local community development, and service delivery. These are rightly the responsibility of the state. In our view, this model is ill conceived.

Within this context, the Electricity Governance Initiative of South Africa (EGISA ) conducted a review of the IPP programme. The EGISA is a a network of civil society organisations which promotes transparent, inclusive and accountable decision-making in the energy sector. This review is not a criticism of renewable energy, but rather a critique of the process of its implementation.

For the review, we did field work in areas in the Western, Eastern and Northern Cape provinces, where there are both operational IPPs, and future IPPs planned. The individuals we interviewed were all part of community leadership structures. The assumption was that they were best placed to be consulted about developmental decisions in their areas, either via ward committees, IDPs or other structures.

We found a number of serious flaws:
• The renewable energy projects provides for the local community to own a share of the project (2.5% to 5%). However, the financing model only allows the community to reap the benefits from the income generated by the renewable project, after most of the debt has been paid off. That will be some ten years into the future.
• The REI4P is also supposed to contribute an amount of between 0.6% and 1-1.5% of the project revenue into enterprise and social development for the communities surrounding the renewable energy projects. R40 million has already been spent and a number of projects are underway. But it is the role of local authorities to plan local economic development. Due to the flawed design of the REI4P, municipalities now find that there is a parallel development process taking place in their jurisdiction, over which they have little control.
• In many cases there had been, at best, only superficial engagement between the IPP developers and the municipality. In addition, local government has not been consulted or engaged with in any meaningful manner by the IPP office. The projects carried out by the IPPs are often unrelated to the IDP. In some cases, infrastructure projects are built but no operating resources are provided. Local government could be playing a more meaningful role in monitoring progress with of how the IPP carries out its social economic development and enterprise development. This would then enable the IPP office to monitor and cross check how the IPPs were fulfilling their socio-economic development obligations.
• All project developers initially communicate with the selected communities, promising jobs and community benefits. Most companies spent money on what could be called goodwill projects. The vast majority of stakeholders have no understanding of how those decisions were made. Interviews with decision makers on the trusts or company representatives revealed that decisions tend to be based on well-meaning individual interests rather than objective criteria.
The current system simply maintains current inequities in power relations between impacted communities and RE IPP developers and makes them worse. Our review recommends it should not be continued beyond the current commitments.

A key part of the just transition to renewable sustainable energy is that renewable energy should create jobs. Is this happening?

For ease of comparison, jobs are measured in job years. While this standardisation is welcome, it is still open to confusion. For example, if ten job years are created, it could mean ten people employed for one year, or one person employed for ten years.

The REI4p has constructed 92 power plants, and in that short time, 43,749 construction job years have been created. Construction jobs are only valid for the duration of the construction, in this case approximately two years. So 43,749 job years for 2 years means roughly 21,800 people employed for those two years. Operational jobs would be for the lifetime of the renewable energy plant, that is twenty years. However, today’s high tech engineering power plants do not generate many direct operational jobs. For the REI4P, 55,277 job years have been created to date.

If government prioritised the renewable industry, and lifted the cap on renewable energy, many more renewable power plants would be built. Wind and solar PV would generate the most affordable electricity, way below the cost of new coal-fired power stations. According to various academic studies, job creation is dependent on successful industrialisation as most jobs are created in the manufacturing side of the renewable energy sector.

But if government fails to commit to renewables, those jobs will be lost. A solar company recently closed, with 180 jobs lost. It cited the government’s lack of commitment to the REI programme. This was related to Eskom’s announcement that it would no longer sign agreements with renewable energy power plants.

Increasing demand for renewable energy leads to increased manufacturing. India has created 173,000 jobs in solar and wind power generation. In South Africa, there are some factories that have been set up to manufacture components for renewable energy plants. One company first created 50 new jobs and then doubled its workforce, while two solar companies employ 70 and 160 permanent employees. Another 900 jobs were on the cards in the East London Industrial Development Zone.

The REI4P has provided short term construction employment for local people and there have been some instances of technical training to enable locals to be employed during the operational life of the plant. While a local renewable manufacturing industry has potential to employ more people, growth in manufacturing is dependent on increasing the proportion of renewables in the energy supply plan.

It is also important that these jobs are decent jobs – jobs that provide healthy working conditions, offer social protection, security and fair wages, and meet the International Labour Organisation (ILO ) definition of “decent work”. As part of maximising the job creation potential of renewable energy, there needs to be more focus on skills development in order to ensure that local skills meet the needs of a renewable energy industry.

The REI4P review concluded that the REI4P needs to be fundamentally rethought, and urged the government to involve all stakeholders in such a process. Existing projects have a lifespan of at least20 years, and improvements should draw on best practice to ensure meaningful, democratic community involvement, and alignment with local government priorities in all cases.

A South African just energy transition needs to ensure that we not only transition from fossil and nuclear energy to sustainable renewables, but that we do so in a manner that truly empowers local communities. In addition, increased jobs and socio-economic benefits can be achieved if energy planning maximises the amount of renewable energy in the system.

Liz McDaid is an independent environmentalist and founder member of the Green Connection (http://thegreenconnection.org.za/).