The situation we face

First, let’s please just acknowledge there is a crisis.

I’m afraid any reasonably educated, rational, and unbiased adult (or younger) can understand what the climate science has been telling us now for two decades: the Earth is warming (so far by about 1 degree Celsius since 1800), slowly but surely, due to humans’ putting carbon dioxide and other “greenhouse gases” into the atmosphere, mainly through burning fossil fuels (gas, oil, and coal) and the byproducts of large-scale and animal-based agriculture. A good primer on this is Danny Chivers’ No-Nonsense Guide to Climate Change.

Second – and it only takes a bit of sociological thinking here – we see that this is having massive negative effects on people’s well-being: floods, droughts, superstorms, rising sea-levels, loss of biodiversity, polluted cities, rivers, and oceans. This means homes lost, famine, early deaths, poor health, social disruptions, and conflicts (think wars, civil wars, overthrows of governments, and the like).

Third, the governments and the economic elites of the world do not have this steadily worsening crisis under control. The Paris Agreement signed by 196 nations of the world in December 2015, offers no chance of containing global warming under the thresholds that science suggests must not be passed (above two degrees Celsius we can expect extremely dangerous disruption in all the living and social systems of the planet). We have already reached 1.4 degrees Celsius of inevitable warming (the extra .5 degree is guaranteed because there is a lag between the gases getting into the atmosphere and the warming that they cause). The Agreement is weak because it is not legally binding (each government made a “pledge” of what it would do in terms of reducing the emission of greenhouse gases, and there is no enforcement mechanism for failing to comply) and the pledges, even if all met, would still raise global temperatures in this century by around 3 degrees Celsius. A further devastating disappointment is the stinginess of the wealthy nations of the global North (historically responsible for most of the CO2 already in the atmosphere) in financing the renewable energy revolution that the under-resourced countries of the global South require (their emissions are growing, and China is the world leader now). 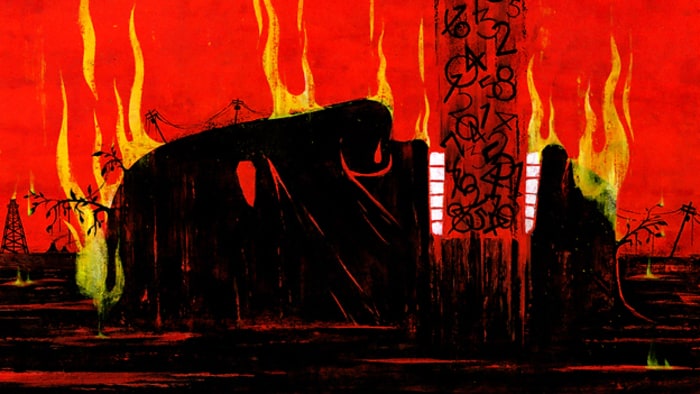 Meanwhile, the fossil fuel corporations, some of which are the biggest in the history of the world, and one of whose former chairmen, Rex Tillerson of ExxonMobil, is now U.S. secretary of state in the climate-denying Trump administration) have no plans to reduce their profits by keeping their assets in the ground. This spells catastrophe if they are not checked; what leading U.S. climate scientist James Hansen has called “Game over” for the planet. In 2012, U.S. climate activist Bill McKibben of the organization 350.org (350 parts per million being what scientists have established as the “safe” limit for controlling climate change – we are now at 405 and rising) calculated and others have since confirmed that the world’s carbon “budget” for staying under two degrees was about 565 gigatons of emissions, while the proven reserves of the fossil fuel companies and countries (some having nationalized their oil and gas as in the Middle East, Russia, and Venezuela, among others) were around 2,795 gigatons at that time. In other words, these corporations have a business model that entails burning more than five times the amount of fossil fuels that the Earth handle. Since we currently emit over 30 gigatons per year (this is the number that must be reduced to zero before 2050) one can see that we have less than 20 years of “business-as-usual” before we pass into extremely dangerous climate territory. In fact, if one wants to hold to a more stringent, safer limit of 1.5 degrees, and wants to have a better than 80 percent chance of staying under that, we have more like nine years left till our climate’s tipping points loom large.

So, given the inexorable and terrifying math of global warming, the incapacity of world governments to curtail it, and the determination of some of the richest economic entities on earth to bring it onto us, what are we to do?

The only way out

As a scholar of twentieth-century revolutions and twenty-first century movements for radical social change (understood as calling for far less inequality and far more democratic participation than at present) such as the Zapatistas in Mexico, Occupy, and the Arab Spring, my firm and considered conclusion is that the only chance that humanity has to come to grips with the biggest existential crisis of our century is for people to somehow form the biggest, broadest, most effective global social movement the world has ever seen. Our purpose should be to force governments and corporations to do what must be done. There is no other way that this is going to happen.

This movement already exists, though it is far from strong enough to have a chance of success at the moment. It is called the global climate justice movement and it is a very loose and diverse set of local organizations, national coalitions, and global networks of ordinary Earth citizens in every corner of the world. And it is growing in power (the most promising articles of the Paris Agreement were largely the product of climate activists’ decade-long pressure at the climate summits).

The next step must be to find ways to turn this movement power into political power, and to do so in an era of people’s lack of confidence in existing parties of all kinds. It seems likely that we are talking about some new kind of party that comes out of the social movements that will bring it to power and then is held accountable by them as it turns the ship around.

Daunting? Yes. Improbable? Probably. But do it we must, nevertheless, and quickly, if we are to come to grips with the crisis. As an observer and participant in this movement for the past eight years, I am hopeful and inspired, particularly by the youth, indigenous and other people of color, women, and the courageous defenders of the planet and humanity whom I encounter and see wherever I go. As the slogan goes, we need “System Change, not Climate Change.”

It’s important, it’s right, and it’s fun to change the world. Please join with us to make it happen.

John Foran is professor of sociology and environmental studies at the University of California, Santa Barbara. He is a co-founder of the Climate Justice Project [www.climatejusticeproject.org] and of the International Institute of Climate Action and Theory [www.iicat.org]. He is the author of Fragile Resistance: Social Transformation in Iran from 1500 to the Revolution (1993) and Taking Power: On the Origins of Third World Revolutions (2005). A member of System Change Not Climate Change, the Green Party of California, and 350.org, he now studies movements for radical social change in the 21st century, with special focus on the global climate justice movement.