In issue 45 of Amandla!, we opened the pages to the important debate on race and class. In this Article Motala clarifies the meaning of “race” as a social construct. He warns against the continued reference to apartheid racial categories, particularly by the ANC and the government, that undermines the struggle for national unity.

How we understand racism is extremely important for the struggle against it. A range of political and social organizations have developed strategies that seek to use racism as a political lever for mobilisation, without clarifying how they understand what racism means and how it is used. Here we will try to do so.

“Race” can help to explain and understand

Racism as a historical practice is deeply related to the idea of “race”. This means that we need to examine that concept carefully. The concept of “race” has come to be used in society over many decades, despite the great deal of evidence that no such thing as a “race” exists in any biological sense or as part of the evolution of human society. It has become, in other words, a social construct. This means that it is an idea or belief that has become acceptable in social thinking even though it is seriously problematic when it is examined critically.

Today “race” is often used in discussions about reclaiming and restoring the histories, identities and rights of black people who were victims of racist laws, practices and power. It is useful because it reminds us of  the processes of slavery, colonialism, exploitation and oppression, and the criminality of racist regimes. In that sense it has considerable value in explaining the historical effects of racism. It can help to reveal how racial naming and racist practices affect social relations and what those effects are on entire communities within and across nation states.

Most importantly, it is an explanation of the material reality that has arisen from the political economy of Southern Africa and colonisation more generally. Recognising the political and social effects of racism demands at the same time an acknowledgement of its impact on the lives of exploited and oppressed peoplethrough centuries of human existence. Asserting this is a deliberate act which negates the violence of enslavement, colonial and post-colonial rule, human exploitation in the development of capitalism and the brutality associated with the reconstitution of the lives of millions of human beings through this.

Today, “race” cann ot be separated from the role of corporate global capitalism in the perpetuation of racist and exploitative practices. It is these practices, and the forms of power they are associated with, that give continuity and life to racism. These practices serve the interests of global capitalism, both directly and indirectly, and it is governments associated with that capital that seek to advance its agenda.

Consequently, as a construct derived from racist practice, “race” remains critical for understanding the history and evolution of apartheid capitalism. Indeed, it is even more useful when understood together with other categories of oppressive social relations. Together, these provide explanations about how it evolved as a way of controlling the movement and freedom of the black working class and rural communities in South Africa.

Only this way of understanding the concept of “race” can demonstrate the character of a racist capitalist state associated with imperial interests. It is based on racist social norms and practices. These are fostered in order to achieve particular forms of socioeconomic and political domination and exclusion.

None of this justifies using apartheid terminology today

These explanatory uses provide absolutely no justification for using the racialised and racist biological categories of apartheid today. Nor do they justify accepting the uses of “race” which rely on biological hierarchies – the superiority of particular “races” and the inferiority of others. On the contrary they are a strident rejection of these.

“Race”, as a construct, is important

This way of understanding “race”, as a construct, has become important for several reasons:

• It analyses and explains the racist social philosophy of the colonial, capitalist and apartheid state.

• It analyses the impact of that state’s policies and practices for colonial dispossession and the exploitation of workers in Southern Africa.

• Today, it informs the complex task of redressing the historical injustices perpetrated by South Africa’s colonial and apartheid capitalist regimes.

Although these realities may be clear to some of us, a great deal of confusion continues to be manufactured mabout the meaning and purposes ofracism – largely by racists themselves and by the neo-liberal ideologues of global capital. This confusion needs to be unraveled, for the continuing struggle against racist prejudice and stereotyping which is inseparable from the struggle against exploitation and oppression.

We should be troubled by the usage of “race” in the vocabularies of politicians, bureaucrats, business leaders, in the public media and even by academics. Parliamentarians for example show little awareness of the important debates around the use of apartheid’s racialised descriptions when they refer to South Africans as “Coloured”, “Indian” “White” and “African” (Africans often have a further attachment of an ostensible “ethnic” or “tribal” affiliation).

Daily we hear of “racial minorities”and “nations” and other such terms used to describe the citizens of South Africa. Those who use these terms seem to do so without being conscious of how contentious and offensive they are. Either unconscious or indifferent, they show a complete disregard for the struggles to discredit this kind of usage in the quest for “nationhood” and unity. 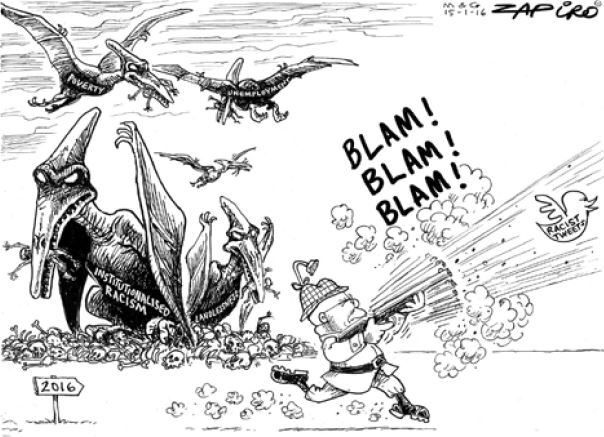 What does all this this mean?

Secondly, we must reject any interpretation of racism that seeks to conceal the connection between global corporate capitalism and racism. Such interpretations obscure the real nature of power. The attempt to hide the real nature of power in capitalist society has its origins in liberal interpretations of racism. They suggest that racism is largely about “race” exclusion – about the exclusion of some “races” or “groups” in society from democratic and constitutional rights. It fails to explore why that is so in the first place and what class, gender and other interests are served by it.

Thirdly, obscuring the real meaning of racism is at the same time a failure to understand that in societies like South Africa there is a very close relationship between the social construct of “race” and other forms of exploitation and oppression – such as social class, gender and geographic location.

Fourthly, political strategies which do not address the relationship between racism and the many forms of exploitation simply hide the real face of racism as the primary means of continuing the forms of power and social relations that characterised apartheid.

Fifth, and perhaps the most pervasive and damaging effect of racism today, is its global impact on millions (if not billions) of the most exploited and oppressed members of societies throughout the world. Rampant inequality and unemployment and a fantastic concentration of wealth and power thrive on the wretchedness of so many, and also on the destructive effects on the planetary environment.

The struggles against racism are therefore not only a rejection of the idea that there are many “races” in the world. These struggles require us to understand even more deeply how the idea of “race” has come to be used by those who seek to hide its real exploitative and oppressive effects in society. We must understand the close relationship between different factors: the growth of global inequality within and between countries, the wars and the penury unleashed on workers and the unemployed, and the destruction of the environment. It calls for us to think of a completely different society – a society that could overcome the oppression and exploitation of humanity in the interests of a super-privileged global and national elite.