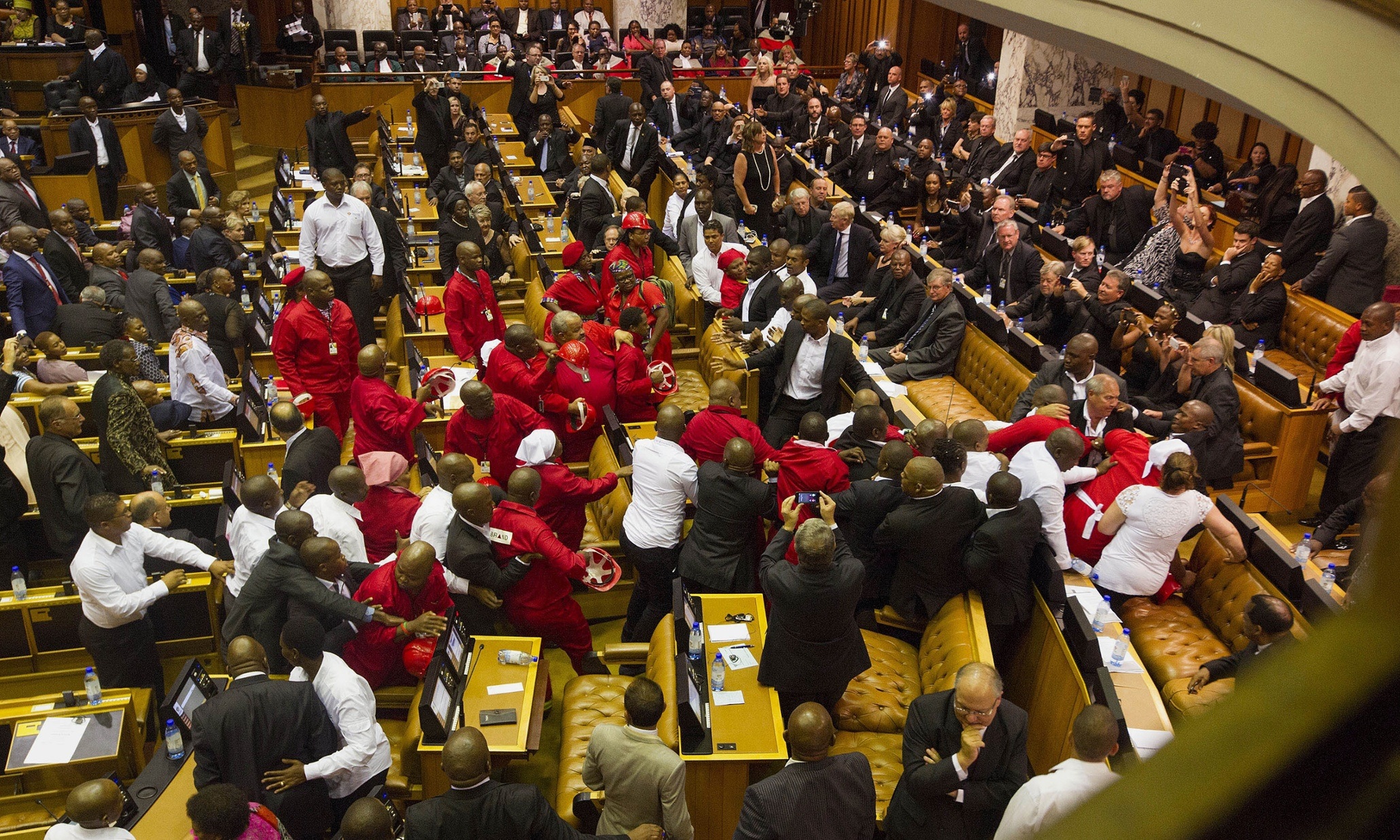 Events in recent weeks in our country clearly illustrate the determination of our people for decisive changes, and anger at government and ruling party’s failure to live up to the expectations arising from the elimination of apartheid rule.

• The extended rage in the North-West Province against the corruption of the Premier and his cronies, linked to failure of service delivery;

• The magnificent response in key cities to Saftu’s strike call, which filled the streets with multitudes of workers.

• The success of Abahlali baseMjondolo’s annual Unfreedom Day Rally in Durban. This counter to the country’s 24th anniversary celebrations saw a magnificent turn out.

These historic events are part of an ongoing and sustained struggle of our workers, the poor and marginalised communities. They illustrate – as the #FeesMustFall student revolt revealed – that opportune conditions exist for change and favour a marked turn to the left.

The road to socialism

Mindful of the bi-centenary of Karl Marx’s birth next week, it is opportune to remind ourselves of his and Engels’ predictions concerning the growing contradictions under capitalism between social production and monopoly ownership. And the rise of the working class as grave diggers of capitalism.

• Developing their theory, Lenin conceived of the vanguard party as the organiser, teacher and director of the proletarian revolution. Some in the social movements forego class analysis and believe that vanguardism stifles creativity and popular democracy. But the idea of vanguardism is the provision of leadership and of theory guiding action and both reinforcing one another – so that ideas become a concrete force for change once grasped by the masses. Lenin’s theory of revolutionary organisation was not, as some contend, simply a product of Russian conditions. It applies today as then, anywhere in the world.

A communist or socialist workers party has historically arisen in a variety of ways: from an amalgam of labour groups, from labour unions, from revolutionary intellectuals and students aligned with workers, from off-shoots of nationalist movements, from guerrilla movements. What they all have had in common is that they were the product of class and national struggles.

The Left gropes forward. It anticipates a protracted process. But it is one in which there can be sudden dramatic advances, where what would normally take decades of development concentrates in a short period of time. In these conditions, the work of a revolutionary socialist / communist formation must be to involve itself in educating, training, enlightening and mobilising the working class, rural poor, women, youth and students.

• There were expectations of Numsa helping to deliver the much-heralded United Front and Worker’s Party. The Left has been disappointed in those expectations.

• The Left outside the SACP has failed to unite. The SACP itself has called for a broad front but it is in the process of repeating the tragedy of 2007 and collapsing into Ramaphosa’s “new dawn.”

• The EFF has emerged as a radical nationalist movement with strong left inclinations. But it is increasingly shaped by parliamentary concerns.

The Left socialist project has serious weaknesses. In the first place there is still historical fragmentation of the small left formations seeking opportunities to come together. This is evidenced by the failure of the United Front, apart from the Johannesburg formation.

But there are gains

To understand where lack of progress exists is to acknowledge that it is no mean feat to wrest support away from the ruling party. It has huge resources for patronage politics. It has its historical support base among the poorest African masses who believe it is only the ANC that can deliver grants, houses, water and electricity.

Looked at this way, it is indeed impressive how the EFF has managed to upset the ANC apple-cart. The reason lies in its radical attraction to the youth who are desperate and frustrated with their lot and less inclined to bow to an older generation of freedom fighters.

Contradictions within the country are bound to deepen. Unless the ANC changes course in its economic policy there is no way it can resolve the mess the country is in. True, with Ramaphosa’s election there is the sense of a “honeymoon” period, but as Amandla! put in its last issue, “It won’t last.” 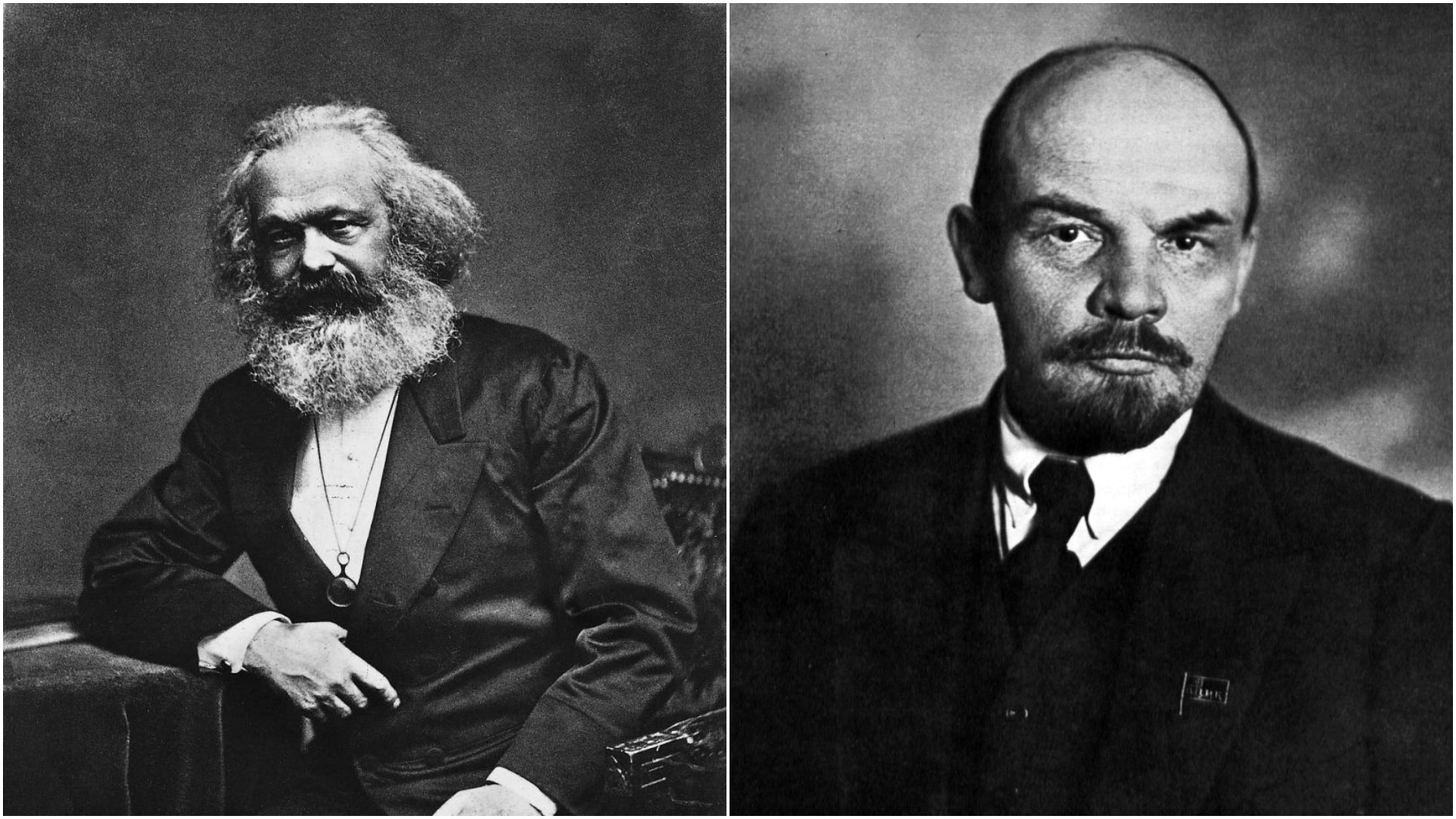 I believe this new Left can make headway as further opportunities for advance materialise. These are some of those opportunities:

• As a billionaire businessman, with that world view, Cyril Ramaphosa will not turn away from the neoliberal free market policies, despite some mild redistribution. It will be business as before, and the economic contradictions and labour resistance will mount;

• Support for the EFF will grow. They are shrewd and fast learners. They will court the ANC, hoping for radical land redistribution, but they will be disappointed at the ANC’s back-peddling on the issue.

• The SACP are pro-Cyril. They will justify remaining in support to keep the old Zuma cronies at bay. The SACP will not field independent candidates in the 2019 elections. This will create internal tension as many of its delegates at its 14th Congress, in July 2017, were demanding such a move owing to their criticism of the Party’s past protection of Zuma and its tailing behind the ANC. Whilst the Party remains faithful to its orthodox positions, it has shown an interest in developing ties with the broad left. The NDR concept leads them to inevitably believe progress must be linked to the ANC. They are likely to reach out to recognise Saftu.

• Trade unions must focus in the first place on trade union matters and conditions of their membership for whom they are responsible. Our struggle for socialism is fortunate that these big detachments of the working class are not narrowly economist or reformist but understand the need for a political party of the left. This represents the biggest hope for the future. The emergent Left must do everything to cement ties with these unions.

• The United Front should seek to reconstitute itself, take inspiration from the Johannesburg structure, and seek meetings with Numsa and Saftu on the way ahead.

• Leftist Groups and Civil Society formations have shown perseverance and creativity. They unceasingly criticise the government’s shortcomings and corrupt practices, and organise protests, rallies, marches, workshops, seminars, and education programs. Work at the grass roots level needs to be prioritised, following the sustained example of comrades who have been active for years: in the Cape farmlands and further afield; in the platinum belt and the solidarity work with the Marikana miners; among the shack dwellers and various communities. Many organisations have made a tremendous contribution in fighting for people’s rights and changing lives. They include NGOs such as TAC, the Right to Know, and Equal Education, Section 27, People’s Food Sovereignty advocacy and Anti-Corruption Watch etc. They need to be an integral part of the New Left project.

The battle of ideas

We have a key task in the battle of ideas against the hegemony of capitalism. The concept of socialism as the only alternative to capitalism needs to be raised against all the nay-sayers, including within the ANC and its leadership, who have come to preach and follow the TINA chorus. They constantly affirm the World Bank / IMF / Goldman Sachs / Rothschilds mantra: “There Is No Alternative” to the free market.

At every opportunity, in every speech and article we write, we must act as advocates of socialism. We must use all methods of communication, be creative and relate to the problems ordinary people face. We must raise interest and popularise the slogan: “Socialism is the only answer!” And we must teach that it can only be achieved by a workers party.

In conclusion, I reiterate my belief that there are favourable prospects developing all the time for the realignment of left forces. The country is in need of a new agent for change in favour of socialism. A revolutionary workers party is required, but one must not discount the SACP becoming a part of the solution, or for that matter the many members of the ANC. They may come to realise that a nationalist party aligned to neoliberalism cannot answer the needs of our people. The challenge requires hard dedicated work, the clarification of the tasks ahead, and the acid test after all the debates are over – whether we can draw the masses to our side.

Ronnie Kasrils served in MK from its inception in 1961, was in the ANC and SACP leadership for many years, and served in government from 1994-2008.

Posted in Amandla Tagged with: the left