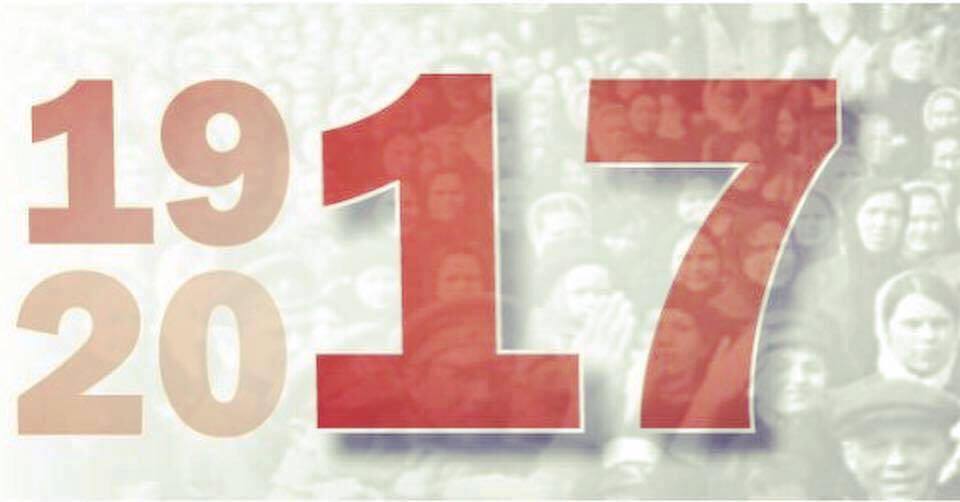 This year marks the 100th anniversary of the Russian Revolution (RR) and also the 150th anniversary of the publication of the first volume of Karl Marx’ Das Kapital. Combining the two historic dates may seem strange because Marx never wrote in detail about the revolution and communist society and, even if he had, it is unimaginable that what he might have written could bear any resemblance to what the Soviet Union (USSR) was, especially after Stalin took over the leadership of both the party and the State.

The truth is that many of the discussions raised by Marx’ book during the 20th century outside the USSR were an indirect way of discussing the merits and demerits of the RR. Now that revolutions started in the name of Marxism either came to an end or evolved into … capitalism, perhaps Marx and Marxism can finally be discussed as they deserve – as social theory. The truth is that Marx’s Capital, whose first one thousand copies took a whole five years to be sold before it came to be one of the most influential books of the 20th century, has recently become a bestseller again and, two decades after the fall of the Berlin Wall, was finally being read in countries that had been part of the USSR. What kind of appeal may such a dense book hold? How appealing can it be at a time when both public opinion and the overwhelming majority of intellectuals are convinced that capitalism will not end and that, if it eventually does, it will certainly not be followed by  socialism? Twenty-three years ago, I wrote a text about Marxism as social theory. In one of my next columns I will address what, in my view, has changed or not changed since and will try to answer these questions. Today I shall be focusing on the meaning of the Russian Revolution.

The debates on the Russian Revolution that will take place over the current year will most likely repeat everything that has already been said and discussed, to probably end with a final feeling that a consensus on whether the RR was a success or a failure is simply impossible. At first sight this seems somewhat strange, because whether the RR is considered to have reached its end when Stalin came to power (Trotsky, one of the leaders of the revolution, was of this opinion) or with Boris Yeltsin’s coup d’état in 1993, it seems obvious that it failed. And yet, this is not exactly evident, and the reason does not lie in the assessment of the past, but rather in the assessment of our present. The triumph of the RR lies in the fact that it raised all the problems that capitalist societies are still facing today. Its failure lies in the fact that it didn’t solve any of those problems. Except one. In my next columns, I will address some of the problems that the RR was not able to solve and which continue to haunt us. Today I wish to discuss the only problem that the RR did solve.

Can capitalism promote the well-being of the large majorities without the existence of a credible and unequivocal alternative to capitalism in the field of social struggle? This was the problem that the RR did solve, and the answer is No. The RR proved to the working classes all over the world, and especially the European ones, that capitalism was not an inevitability, that there was an alternative to poverty, to the insecurity caused by imminent unemployment, the prepotency of employers, to governments serving the  interests of powerful minorities while claiming to do the opposite. But the RR happened in one of the most backward countries in Europe, and Lenin was well aware of the fact that the success of the world socialist revolution and of the RR itself depended on its ability to extend into the most developed countries with their sound industrial base and their extensive working classes. At the time, one of these countries was Germany. The failure of the 1918-1919 German revolution resulted in the division of the workers’ movement and a significant part of it started to believe that it was possible to achieve the same goals by different means other than the Russian workers’. But the concept of an alternative society to capitalist society did remain intact. What was later to be termed reformism, the gradual and democratic process towards a socialist society that combined the social achievements of the RR with the western countries’ democratic political achievements, was thus consolidated. In the post-war period, reformism gave rise to European social democracy, a political system that combined high levels of productivity with high levels of social protection. For the first time in history, the working classes were able to make plans for their lives and the future of their children. Public education, health, and social security, among many other social and labor rights. It became clear that social democracy would never lead to a socialist society but it seemed to guarantee the irreversible end of ‘wild’ capitalism and its replacement by capitalism with a human face.

In the meanwhile, on the other side of the iron curtain, despite Stalin’s terror, or precisely because of it, the Soviet Republic (USSR) was showing a prodigious industrial vigor which, within the space of a few decades, did transform one of the most backward regions in Europe into an industrial power that could compete with western capitalism, and, most especially, with the United States, the country that had emerged from World War II as the most powerful nation in the world. This competition eventually translated into the Cold War, which dominated international politics in the following decades. It determined the relief of a good part of the huge debt that Western Germany had incurred during the two wars that the country had waged on Europe and which it had lost. It was necessary to provide Western German capitalism with the conditions to compete with the development of Eastern Germany, at the time the most developed of Soviet republics. The divisions among the parties that claimed to defend the workers’ interests (the socialist or social-democratic parties and the communist parties) were an important part of the Cold War, with the socialists attacking the communists on the ground that they were connivant with Stalin’s crimes and they defended the Soviet dictatorship, and the Communists attacking the socialists for having betrayed the socialist cause and for being right-wing parties often at the service of US imperialism. Little did they imagine at the time how much they had in common.

But the Berlin Wall fell in 1989, and the USSR collapsed soon after. It was the end of socialism, the end of a clear alternative to capitalism, unconditionally and incautiously celebrated by democrats throughout the world. However, to the surprise of many, neoliberalism, the most anti-social version of 20th century capitalism, was experiencing a global consolidation, progressively articulated (notably after Bill Clinton’s presidency) with the most predatorial version of capitalist accumulation: financial capital. The war against economic and social rights intensified, productivity gains became separated from wage growth, unemployment returned as the usual ghost, wealth concentration increased exponentially. It was the war against social democracy which in Europe was thereafter led by the European Commission under the leadership of Durão Barroso, as well as by the European Central Bank.

As recent years have shown, with the fall of the Berlin Wall, not only did socialism collapsed but social democracy has also collapsed. It has become clear that the achievements of the working classes in the previous decades had been possible because the USSR and the alternative to capitalism did exist. They represented a major threat to capitalism, which, mobilizing its survival instinct, had made the necessary concessions (taxation, social regulation) in order to guarantee its reproduction. When the alternative collapsed and was no longer a threat, capitalism ceased to fear its enemies and returned to its predatory, wealth-concentrating madness, trapped in its own urge to successively create and destroy massive wealth, including human wealth. Since the fall of the Berlin Wall, there have been some similarities with the period of the Holy Alliance which, from 1815, and after the defeat of Napoleon, sought to sweep away from the imagination of Europeans all the achievements of the French Revolution. Not by coincidence, and despite the differences (the achievements of the working classes that have not yet been eliminated through democratic means), capitalist accumulation is now extremely aggressive, being reminiscent of the pre-RR period. And all this suggests that until a credible alternative to capitalism emerges, the situation of workers, the poor, emigrants, pensioners, the always-on-the-verge-of-abruptly-falling-into-poverty middle classes will not be significantly improved. The alternative will obviously not be the kind of alternative that was created by the RR (neither would it be a good one if it were). But it will have to be a clear alternative. To have shown this was the great merit of the Russian Revolution.

1 By Russian Revolution I mean exclusively the October Revolution because that was the revolution that shook the world and impacted on the lives of about one third of the world’s population in the following decades. It was preceded by the February Revolution, in the year when the Tsar was deposed, and it lasted until October 26 (according to the Julian calendar used in Russia at the time), when the Bolsheviks, led by Lenin and Trotsky, seized power with the watchwords “Peace, Bread, and Land”, “All Power to the Soviets” i.e., the workers, peasants, and soldiers’ councils.

One comment on “The problem with the past is that it doesn’t pass: on the 100th anniversary of the Russian Revolution”