No to housing racism! [Amandla! Interview] 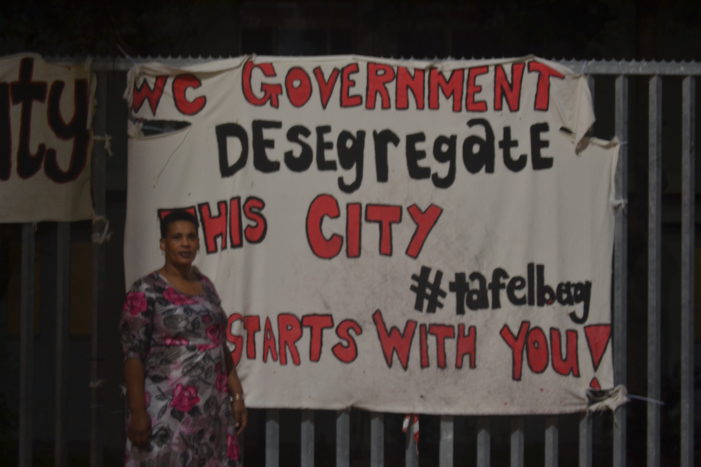 Amandla! interviews a Reclaim the City activist who reflects on how Cape Town remains to be one of the most segregated cities in South Africa and on the struggle against housing racism and the perpetuation of apartheid spatial planning.

The Reclaim the City movement wants to put an end to the exclusion of working class and poor people from the inner cities. The Ahmed Kathrada House occupants are resolute that they will continue to struggle until their demands are met.

Reclaim the City invites Premier Helen Zille to engage on the struggle against urban spatial inequality in Cape Town. The occupiers are appealing to Zille’s humanity. Will the Premier and the Western Cape Provincial government answer the call for adequate affordable housing in Cape Town and start to reverse the trend of gentrification that pushes working class and poor people to the outskirts of the city?