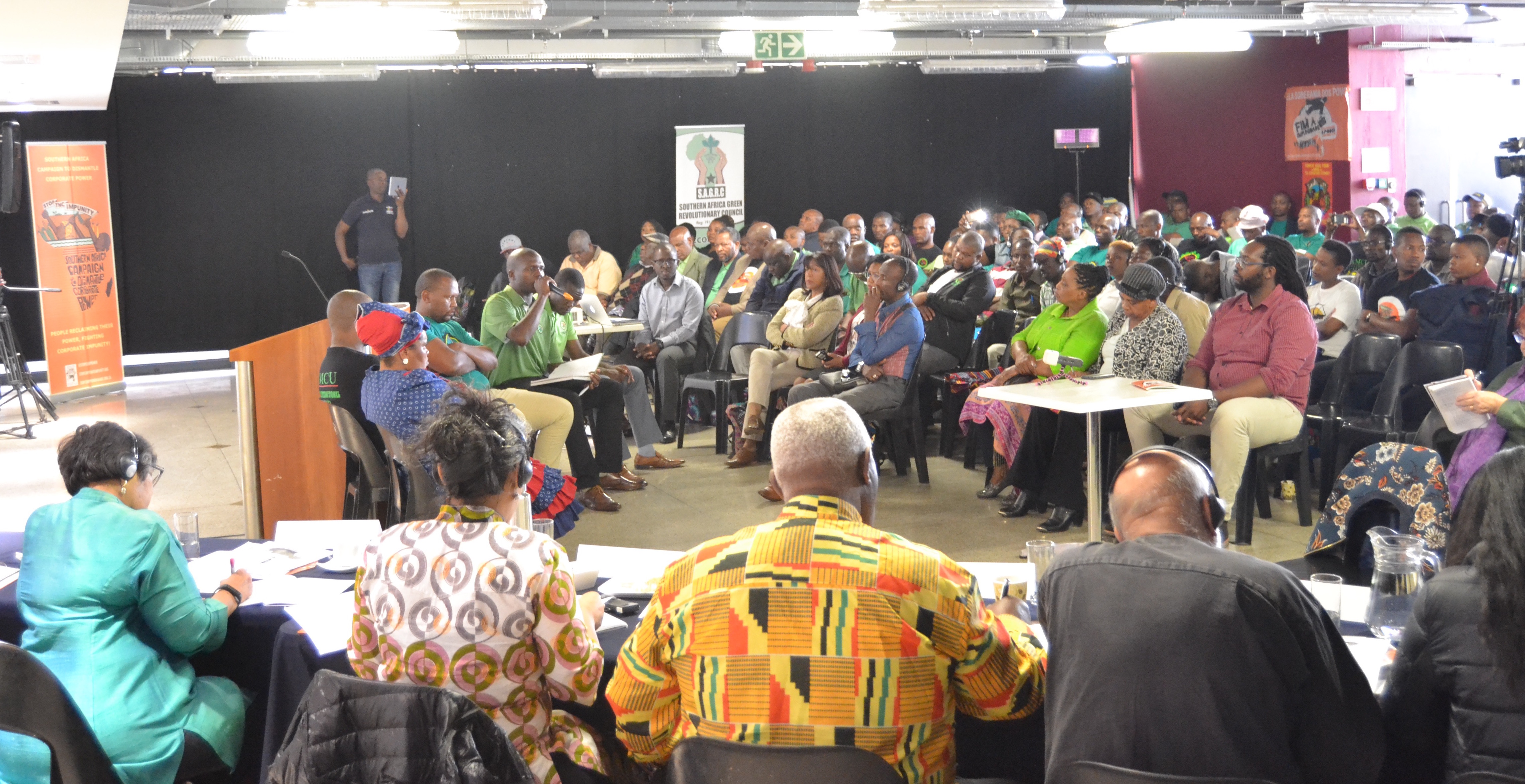 The Southern Africa Permanent Peoples Tribunal on Transnational Corporations (PPT) was organised by the Southern African Campaign to Dismantle Corporate Power, which is the regional leg to the Global Campaign to Reclaim Peoples Sovereignty, Dismantle Corporate Power and Stop Impunity .The Global Campaign is fighting to win a binding treaty on business and human rights. One of the main tenets of the Southern African campaign is to build solidarity with communities that are fighting against corporate power and forming strategic alliances. The tribunal process started in Manzini (Swaziland) in 2016 and has come to an powerful closing in November 2018 in Johannesburg.

The PPT brought to the fore the extent of TNCs’ ruthless practices of extraction, dispossession, displacement and brutality in search of profit in the Southern African region. It also exposed the frequent reliance of these corporations on collusion with the state, its actors and organisations. Consultation is avoided and there is a lack of dialogue with affected communities. Issues such as land appropriation, criminally low wages, unpaid reproductive work of women, large scale unemployment and casualization were highlighted and how they connect with extractive industries in particular (but also in agriculture and fisheries) was unpacked. Evidence was received from those directly affected by corporate power of dispossession, displacement and insecurity, combined with disruption of economic activities.

One comment on “Phansi nge Corporate Power! We demand the Right to Say No!”