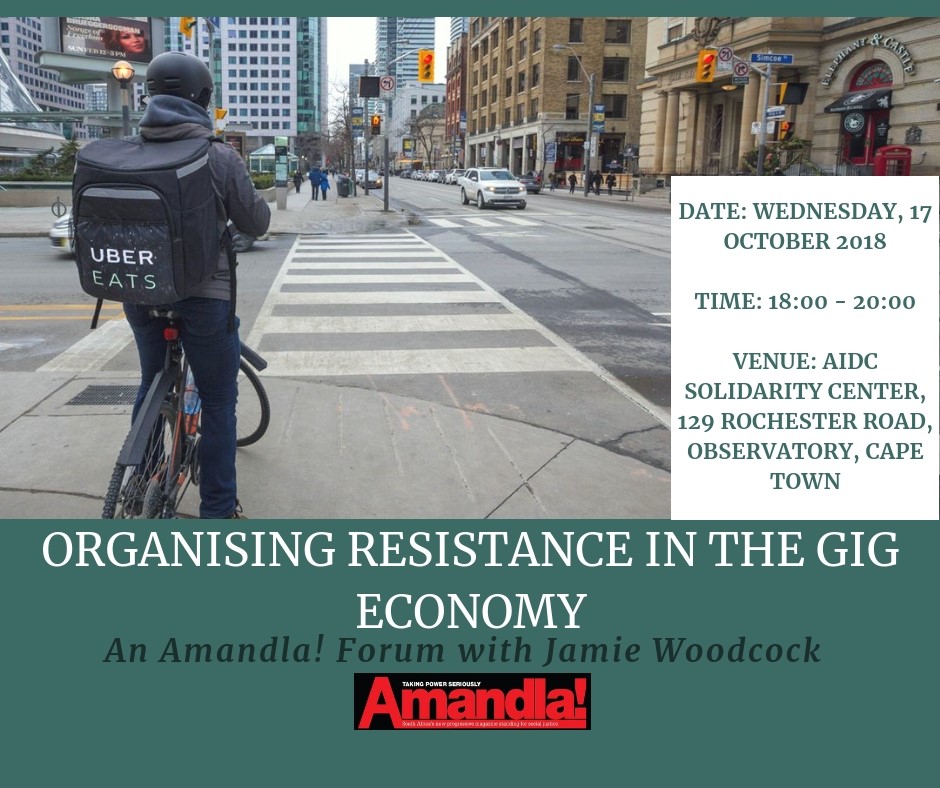 Join us on Wednesday, 17 October 2018, from 18h00 at AIDC (129 Rochester Road, Observatory) for a talk on Organising Resistance in the Gig Economy with Jamie Woodcock, union organiser and author Working the Phones: Control & Resistance in Call Centres.