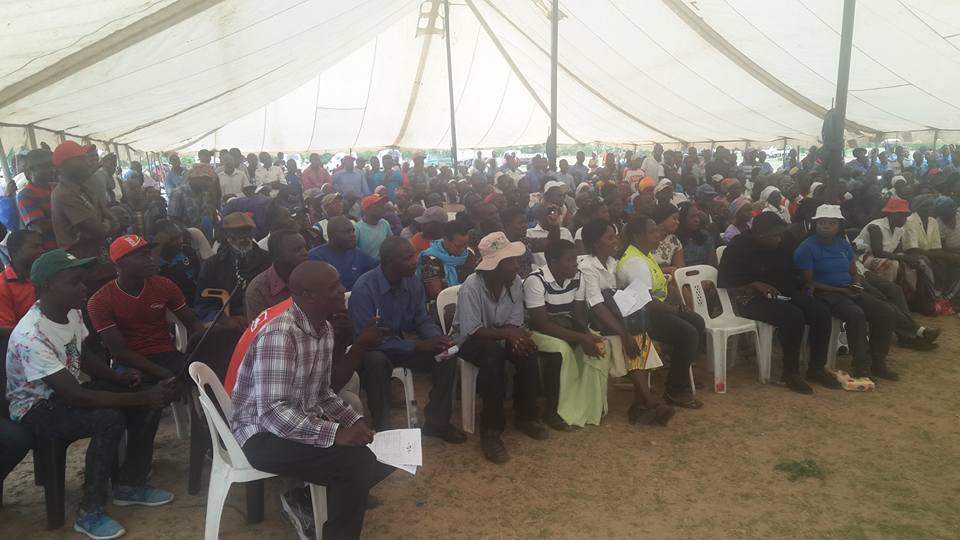 Operation Hakudzokwi Commemoration was held on the 10th of November in Mukwada ward, home to over 6000 people. The purpose of the commemoration is to honor and remember the hundreds of artisanal miners who were gunned down by Zimbabwe’s national army in November 2008. The violence against artisanal miners has continued to this day and has been escalating since the takeover of the diamond fields by the recently formed Zimbabwe Consolidated Diamond Company (ZCDC). Among the human rights violations committed in Marange is the forced displacement of 1300 families without compensation. The displaced families are experiencing new poverty as they don’t have enough land for crop cultivation

The convener, Bocha Community Diamond Trust had obtained Police clearance for the meeting. 21 members of the People’s Dialogue from 6 countries also attended the commemoration at the invitation of Centre for Natural Resource Governance. They all had entered the country legally. This is not the first time that foreigners had attended the same event at the invitation of CNRG. In 2016 foreign nationals also attended the event which was held at Bambazonke Business Centre and were gladly welcomed by the community.

The 2017 commemoration attracted over 2000 people. However, a few hours after the commemoration had commenced 3 immigration officials arrived at the venue in the company of police officers. It was later observed that heavily armed police in riot gear had been stationed at a nearby business center to provide backup in case of a riot.

Immigration officials tried to disrupt the gathering by trying to grab the mic from the master of ceremony but this was resisted. After a long stand-off the Brazilians handed themselves to the immigration officials who said they only wanted to verify whether their passports had been stamped. Later other delegates followed suit. They were then taken to the nearby Police Station at Bambazonke, about 10-15KM away. 2 CNRG officials immediately followed them to monitor the situation whilst I remained at the commemoration.

2 hours later, around 1500 hours I went to Bambazonke to make a follow up. I was informed they had been taken to Mutare Central Police Station. On my way to Mutare I was phoned by a CNRG official tipping me that Police had expressed interest in arresting me as well. On arrival at the Police Station I was arrested on sight and I joined the 21 foreign delegates and 2 local drivers. We were charged for entering a restricted / protected area without a permit.

We spent the night in 2 cells that are certainly not fit for human habitation. The conditions in those cells are deplorable. The lawyer advised us to plead guilty saying if we deny the charges we were likely going to stay longer in detention.

On Saturday 11 Nov we appeared in court and were represented by a team of lawyers from Zimbabwe lawyers for Human Rights. We were fined $100 each and released. Shortly after our release the lawyers were told the people from the President’s Office were pushing that we be re-arrested and this prompted the lawyers to order that everyone except we the locals be moved out of Mutare. An alternative bus was found which took the delegates to Harare Saturday night. The first hired bus had been taken by Police in Marange. 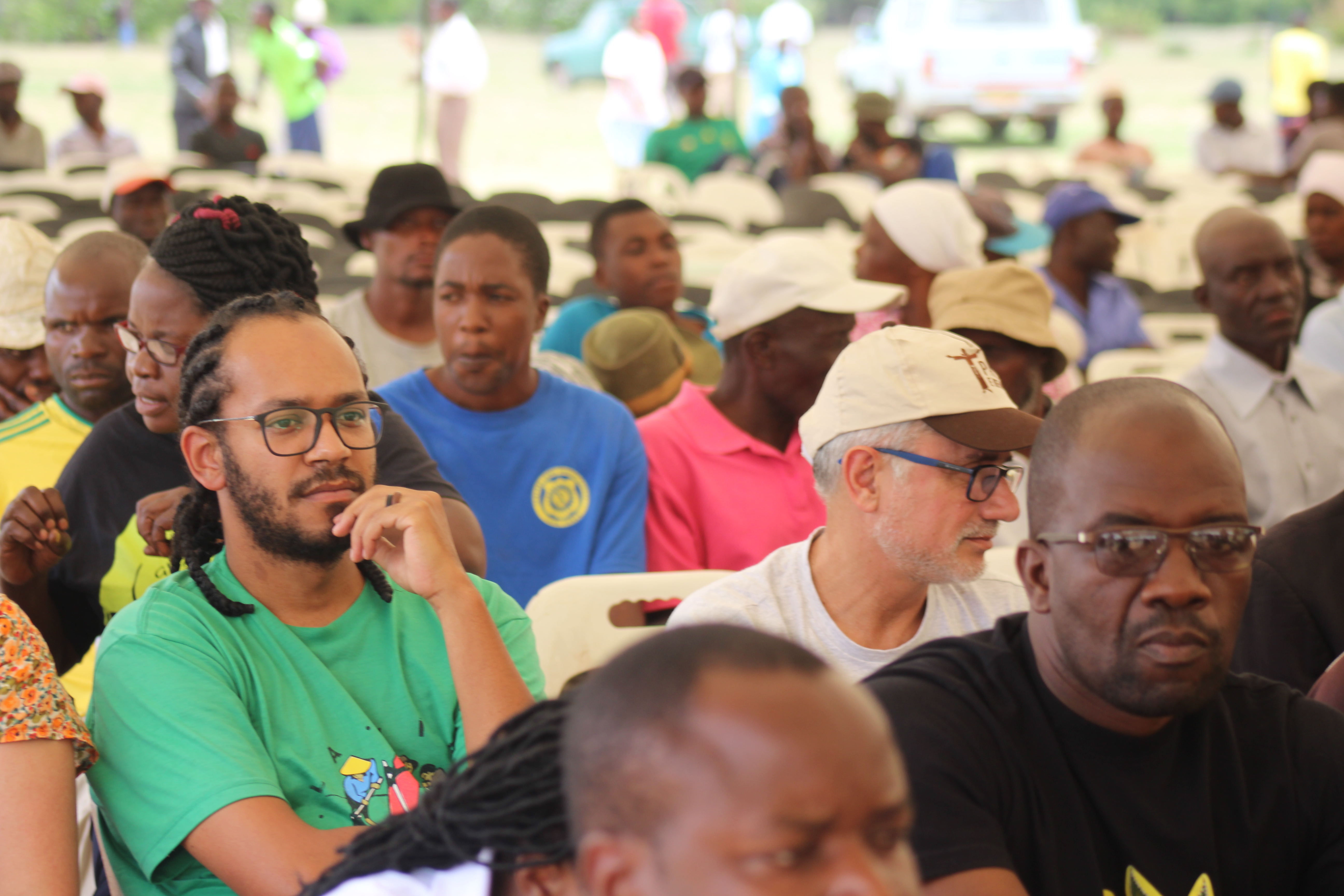 Declaring Marange communal lands a restricted area comes with many problems. First the area is inhabited by over 6 thousand people whose freedoms of movement, association and assembly are greatly curtailed by this restriction. The restriction is imposed on the community by people who don’t live in that community, thereby make Marange an imprisoned community that is cut off from the rest of the country. During the commemoration several community members narrated traumatizing stories of how they have been arrested and tortured whilst herding cattle or drinking with friends at the local shopping centre.

The second challenge with this restriction is the failure by government to put in place the necessary sign posts marking the entire restricted area and putting personnel to inform the public that they are now entering a restricted zone. There is only one small sign with a message on the said restriction. Government assumes that everyone knows that the area is restricted.

It is also not clearly who is restricted from entering the area since, as mentioned above, there are over 6 000 people in this ward.

Also its not clear which area exactly is restricted because the locals are also being tortured for trespassing within their communities.

The response of the community

The Marange community reacted with anger to the actions by Immigration and Police. Since our release from custody we have received hundreds of calls and messages from community members expressing their feelings – of gratitude to us for creating this platform, and of anger towards the government.

Yesterday the traditional leadership requested a meeting with CNRG this coming Wednesday to review the meeting and also for them to find ways to keep their community united in action.

Maguwu is from the Centre for Natural Resource Governance (CNRG)