When nothing goes right go left – changes to the local and international political–economic context: 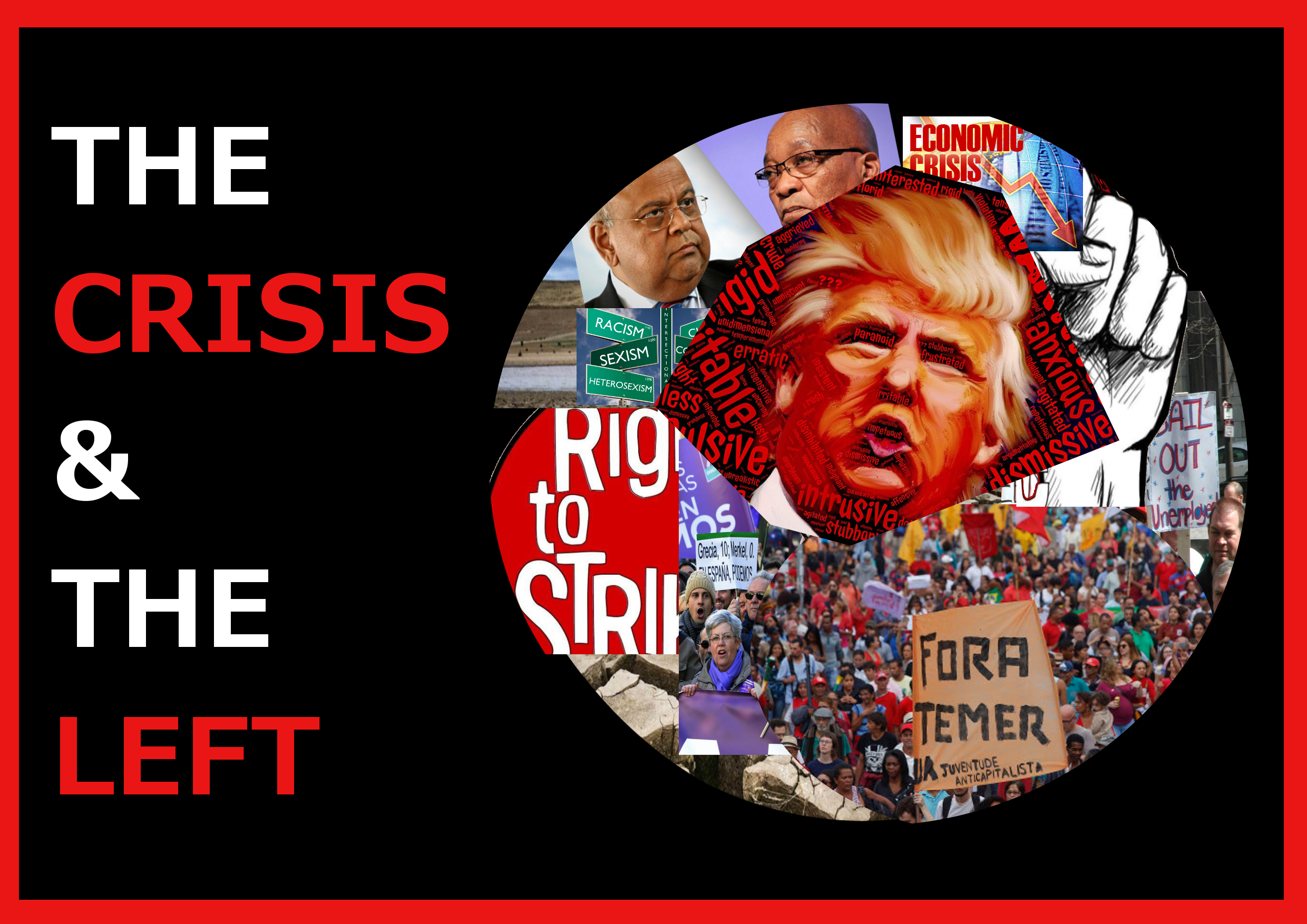 It is essential to understand the current crises in order to respond appropriately, to do this it is critical to consider changes to the context that must be taken into account. Upon reflection we find that many of the changes to the context and the issues arising are interconnected and reinforce each other in various ways, and we need to think about how we position ourselves in response to this constant dynamism.

We are witnessing a violent rise of the right. Brexit, or the recent vote by the UK to leave the European Union, the advent of Donald Trump’s administration in the United States, the impeachment of Dilma Rousseff in Brazil and subsequent appointment of right wing President Michel Temer, are a few examples of how this rise is manifesting itself.

The election of Trump, a climate change denialist, is one of the more concerning of these recent developments and the implications it will have for climate change. It is expected that Trump will immediately rid his policies of the Paris Climate Agreement made at COP 21 and that we will see the perpetuation of the mineral-energy finance complex. This is disastrous for the imperative transition from fossil fuels to renewable energy, as we face the anthropological crisis.

Trump’s election also means an intensification of patriarchy, and a war on women. Not a new phenomenon, it is useful to keep in mind that the demands of the unemployment crisis, and how this crisis and violation of women’s rights are tightly interlinked.

The election of Trump into the US Presidential office will likely have major implications on global trade agreements.

We fear that Trump will build alliances with other right wing regimes across the world such as Turkey, and strengthen its already close alliances with Israel and the UK. This may bolden and strengthen other right-wing regimes across Europe, such as the Alternative for Development Party (AFD) in Germany and the National Front Party led by Marie Le Pen in France, and across the globe.

The election of Trump and all of the aforementioned developments requires us to introspect and reflect upon the inability for left to capture working class people’s imaginations in response to the various crises that have created the conditions for the right to rise.

Therefore, the rise of the right cannot be spoken about without mentioning the weakness of the left both intellectually and in terms of being able to build and organise mass movements that can challenge the dominance of a rising right-wing narative. There are exceptions; Podemos and Syriza are perhaps glimpses of this. Some may argue that the rise of Bernie Sanders in the US and Jeremy Corbyn in the UK signals a resurgence of the left in these countries but this is highly debatable considering that they were recently trumped by right-wing forces – as mentioned above. Thus, a rough overview of the balance of forces suggests that the left is in retreat.

Some of the weakness of building popular organisations can possibly be attributed to the changing context within which we are trying to build movements. Rising unemployment and inequality, the serious issue of crime that has scourged through many working class communities, the violence against women, high rates of alcohol and drug abuse as well as a deep de-politicisation are all factors that makes building popular organisations very challenging.

It seems that the left has become complacent in the crisis of unemployment. Gangsterism, crime, violence are all symptomatic of severe unemployment, in turn, a failure to implement a wage-led, low carbon, sustainable an equitable development path.

The ruling elite also continues to distract and confuse people in various ways. For example the way race – think white monopoly capital- is used to forward the interests of a black elite, in order to divert attention away from them. Or how the exposing of Absa and their illegal involvement it had with the apartheid government is being used to divert attention away from the issues of the Guptas and State capture. These are examples of what we can refer to as the politics of confusion. The rise of the ‘politics of confusion’ exacerbates the challenges faced in building popular organisations. This also comes at a time when south Africa is threatening to pull out of the Rome Statute, which will mean its leaders have impunity to be held accountable for crimes at the International Criminal Court. Whether this is a positive or negative action is under debate, it is still a statement that these leaders are making without democratic consultation or due process.

The desperate need for strong mass popular organisations cannot be overstated, especially considering that we can see a deepening of the global economic crisis with little optimism about short-term prospects. The costs of the crisis will continue to be socialised. The prospects are no better for us in South Africa, with low growth bundled together with high inflation rates, high interest rates, extremely high unemployment rates and growing inequality.

The ANC government will not be able to reverse the effects felt as a result of the deep economic downturn experienced. Furthermore, the ANC is experiencing internal divisions seen in the formation of two camps, the Zuma-Gupta faction and the Ramaphosa-Gordhan faction. The Zuma camp are big advocates of the ideology of the new black capitalist class, who aims to benefit from BEE deals arising from legislation like the stopping of granting of mining rights to foreign countries. In fact, the information now exposed about ABSA is strategically timeous, to divert attention from the activities of the Guptas.

The battle and divisions for the ANC and for resources is unfolding and will culminate at the ANC conference at the end of this year. Zuma is attempting to win the battle by turning to populist propaganda in the hope to win the support   of the rank and file like he did leading up to the Polokwane Conferene in 2007. This is not without consequence, whether the rank and file buys into Zuma’s lies or not will definitely influence the outcome of the ANC conference at the end of the year – which of course will have major implications for people in South Africa. It will be essential that Zuma’s empty promises and lies are exposed and that we lament the failure of the 1994 project.

These are not the only important changes to the context that must be kept in mind as we move into 2017. In South Africa the right to strike is under further threat. This will have negative consequences on the labour movement and could result in the deepening of the crisis in organised labour. It will be increasingly difficult for workers to contest poor working conditions and poverty wages. This repression on working class peoples political and civil rights is of much concern and needs special attention.

Generally speaking it will be essential for progressives and those on the left, to defend so-called liberal democratic rights like the Constitution and rule of law that is under attack by a corrupt comprador elite, that rues the very notion of having to relinquish political or economic power.

At this time, however, we need to look at the opportunities presented to us by the rise of the right. We have been presented with an opportunity to build global support and solidarity. Moreover, it creates a space for discussion and planning where we, as progressive forces, can not only anticipate the coming acts of war that will be inflicted by the right, but also be ready to fight them.