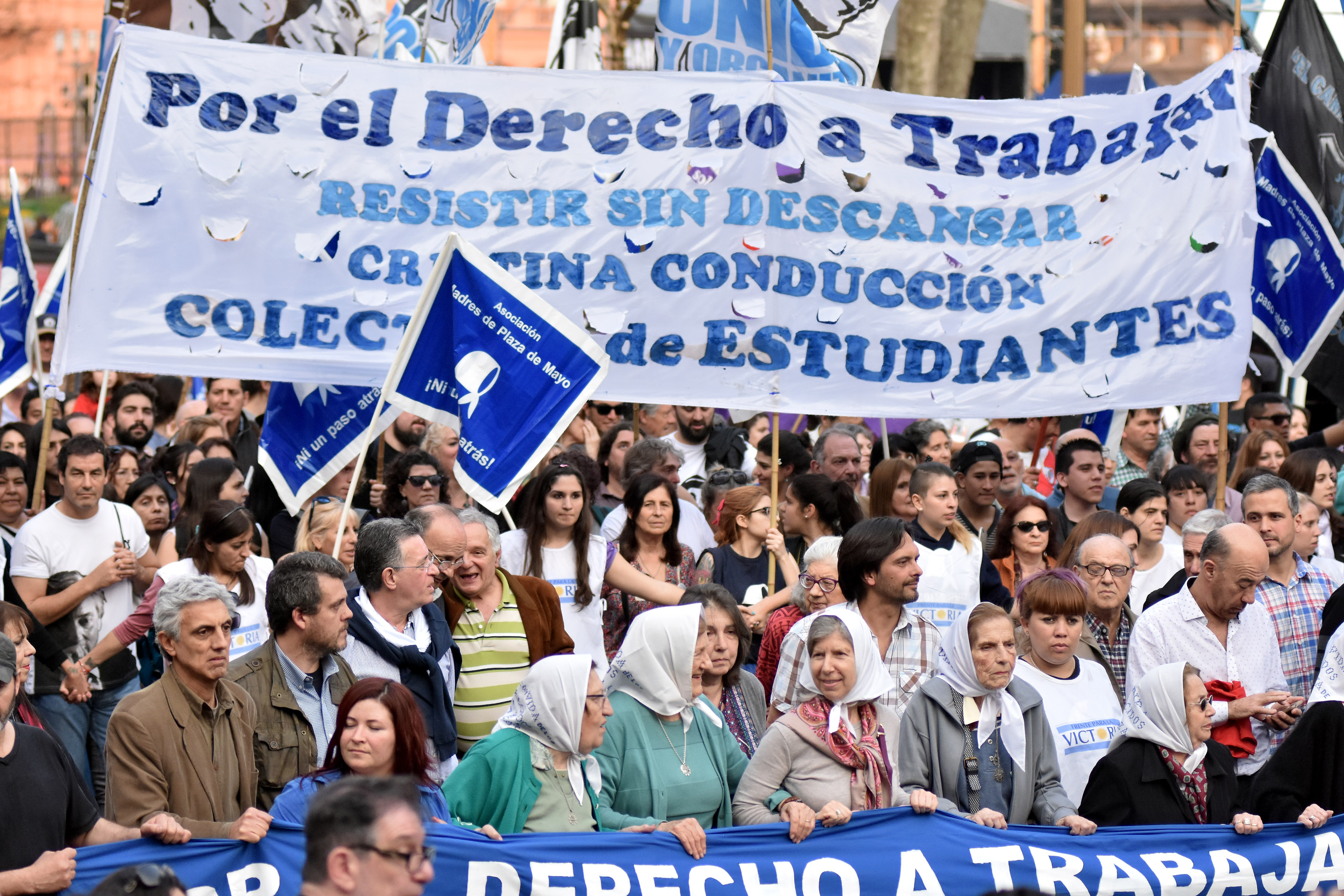 In Argentina, the beginning of 2017 was marked  by an increase in social conflict and protest action by the marginalised  in a  context marked by the sustained deterioration of the living conditions of the working  and middle classes. This situation results from the implementation of the neoliberal shock policy of the government of President Mauricio Macri since the beginning of his administration, sixteen months ago. The  official socioeconomic policy seeks to consolidate a cycle of capital accumulation based on financial speculation, tightening the wages of the working classes, de-industrialization, and the increasing  privatization of natural commons in favor of large transnational capital.

A brief reference to the recent evolution of the social unrest cannot ignore the impact of labour conflicts at the start of wage salary negotiations. There were serious  trade union conflicts in the first months of 2017, linked to a great extent to the rejection by numerous trade unions to the government’s goal of fixing a limit of 18% to wage increases , way below the  inflation rate (which is standing at between 30 and 35% for the current year, according to different sources). The ongoing trade union conflict in both the private and public sectors( the long strike by public education workers for wage increases started on March 6th), was combined with important actions and demands  by different land movements, women’s and human rights movements, amongst others. These are in turn an expression of the spread of discontent of broad social sectors. Much of the recent and ongoing popular demands and struggles express more solidarity  and convergence of movements than was seen in the stage of the social protest during the first year of the new regime. The rejection of the socio-economic policies of the government and the resulting impoverishment show a qualitative leap forward from the dynamics of the protest action of 2016.

Among the most noteworthy facts of the social protest we can mention the start of the strike of trade unions representing  both  public and private educators  that began on March 6th and 7th. This was accompanied by a huge march (March 6 with 70 000 people) in the City of Buenos Aires. The next day an important demonstration of the CGT (national trade union)[1]   also took place in Buenos Aires in front of the Ministry of Trade and Industry during which competing sections of the  trade unions  pressured the central leadership of the union  to set the date for  a general strike call.

On March 8, the first international women’s strike took place in Argentina, with the participation of trade unions, popular movements, human rights movements  and students. This action culminated in  a gigantic march in Buenos Aires, with similar protests  in other cities of the country in which the slogan #NiUnaMenos (not one less)  against  femicides was combined with the rejection of  the social policy of the government. On March 15  the National Day of Protest spread nationwide with roadblocks and soup kitchens, picketing organizations[2] and popular movements  driven by the CCC (with a communist ideology) [3], the Confederation of Workers of  Popular Economics (CTEP) and Barrios de Pie (a social movement for the unemployed)[4], which were joined by more than 40 social organizations throughout the country. 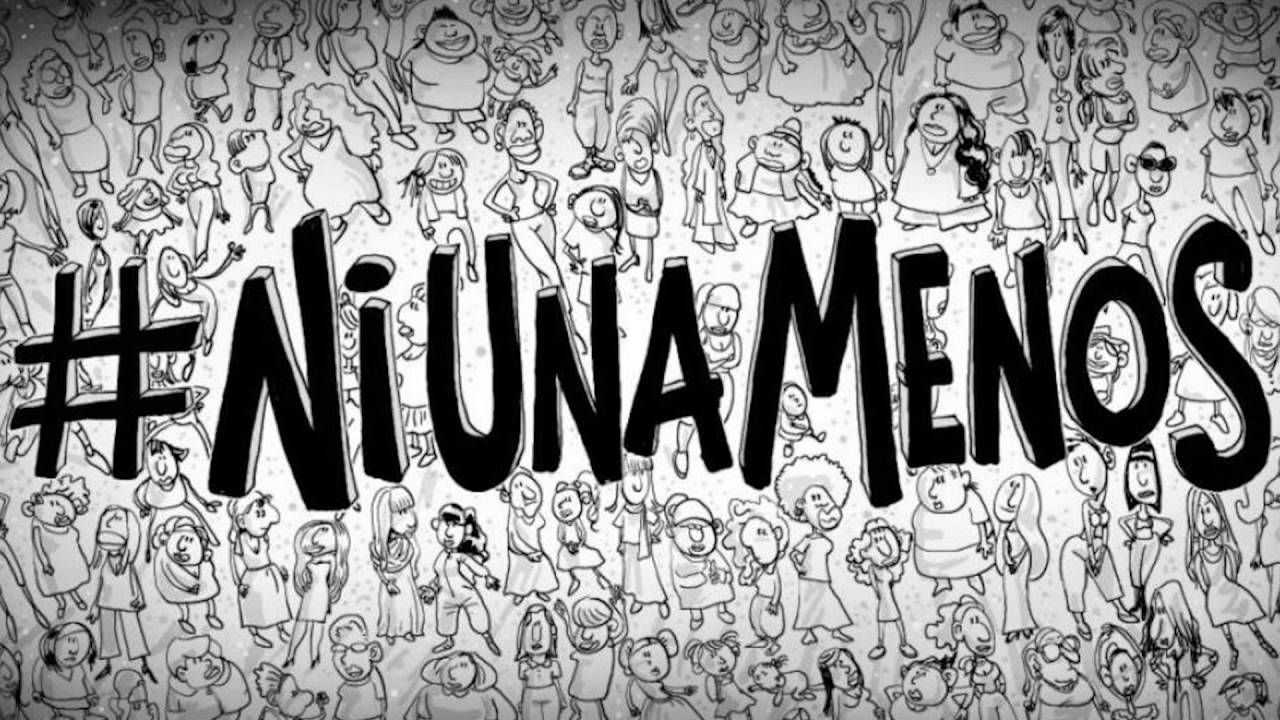 With these actions the land reform organizations demanded the effective implementation of the approved Social Emergency Law and rejected neoliberal economic policy. The next day other left wing social organizations marched to the Ministry of Social Development, demanding genuine increases and the expansion and nationalization of cooperative programs. Under the extended educational conflict  an Educational Federal March was called on the 21 March in support of  a new national 48 hour strike.  Organized by the major teacher  unions marches took place nationwide and from the south, center and north of the country they converged in an enormous protest in Plaza de Mayo (Central square)[5]. On March 24, the massive march convened by human rights organizations commemorated the 41st anniversary of the 1976 coup d’état that brought together 200,000 people in a demand for memory, truth and justice, and in solidarity with the ongoing struggles. On March 30, the national strike promoted by the two sides of the Central de Trabajadores Argentinos (argentine workers central) (CTA, which is in a process of unification) took place, culminating in a huge  march and protest in demand of a change of economic policy and Social security.

These events constituted the “street prelude” of the CGT’s first general strike against the Macri government that took place on April 6, accompanied by pickets and roadblocks promoted by anti-bureaucratic and combative unions and leftist parties. The great concern around unemployment, which also had the support of some representative organizations of small and medium enterprises, was a strong expression of social unrest. Debates and internal disputes also arose in the CGT between the sectors wanting to call  for dialogue with the government and those calling for direct confrontation with the official socio-economic policies.. In the immediate future, these tensions are likely to have an impact on potential union regrouping in the face of the growing questioning of neoliberal policies.

Apart from the aforementioned quantitative  increase  in the  number of protests, it is also important to consider the increase in the qualitative aspect of the conflicts which contrasts with the fragementation of the many protest actions of 2016.  There is a greater capacity of the different movements and groups to join together in joint street actions, based both on the growing questioning of the social economic policies of the Macri government and also as a result of the official tendency to repress and criminalise the social movements, in a general context which is still characterized by defensive actions.

Government officials who are trying  to transform the legal framework in an increasingly punitive manner to deal with the so-called “social question”. This worrying focus on “security” and repressive turn of official policies is combined with the dissemination of media discourses that encourage the criminalization of poverty and the legitimacy of “social fascist” processes. This strategy seems to be gaining ground in the electoral strategy of the ruling party leading up to the legislative elections of October of this year. On the other hand, this reality reveals to  the social organizations  the urgent challenge of consolidating the processes of convergence and unity of action of the popular struggles and of solidarity between the organizations that lead a new cycle of resistance to neoliberalism in Argentina.

We end up by referring to the hardening of the repressive politics of the government opposing the increasing social unrest and the persistence of a recessive economic scenario that contradicts the enthusiastic official promises of economic recovery . This expresses itself in the profusion of official speeches tending to stigmatize and delegitimize  the popular claims and the trade union activity (particularly visible in the educational conflict), in the criminalization and the judicialization of the protest, in the increase of repressive actions and in the official initiatives that try to transform into an increasingly  punitive focus  the current juridical frames in the treatment of the “social question”.

[2] piquetero  comes from piquete (in English, “picket”), that is, its specific meaning as a standing or walking demonstration of protest in a significant spot.

[4] Barrios de pie organizes food kitchens, vegetable gardens etc for the unemployed. Literally  the name means the neighbourhoods of those who travel by foot.

[5] The square is a political hub, financial and administrative center and throughout history has been a symbol of disaster, rebellion and hope. Workers families gather here on particularly on May 1st, (Workers’ Day), and on May 25 (May Revolution Day).

0 comments on “New cycle of resistance to neoliberalism in Argentina”