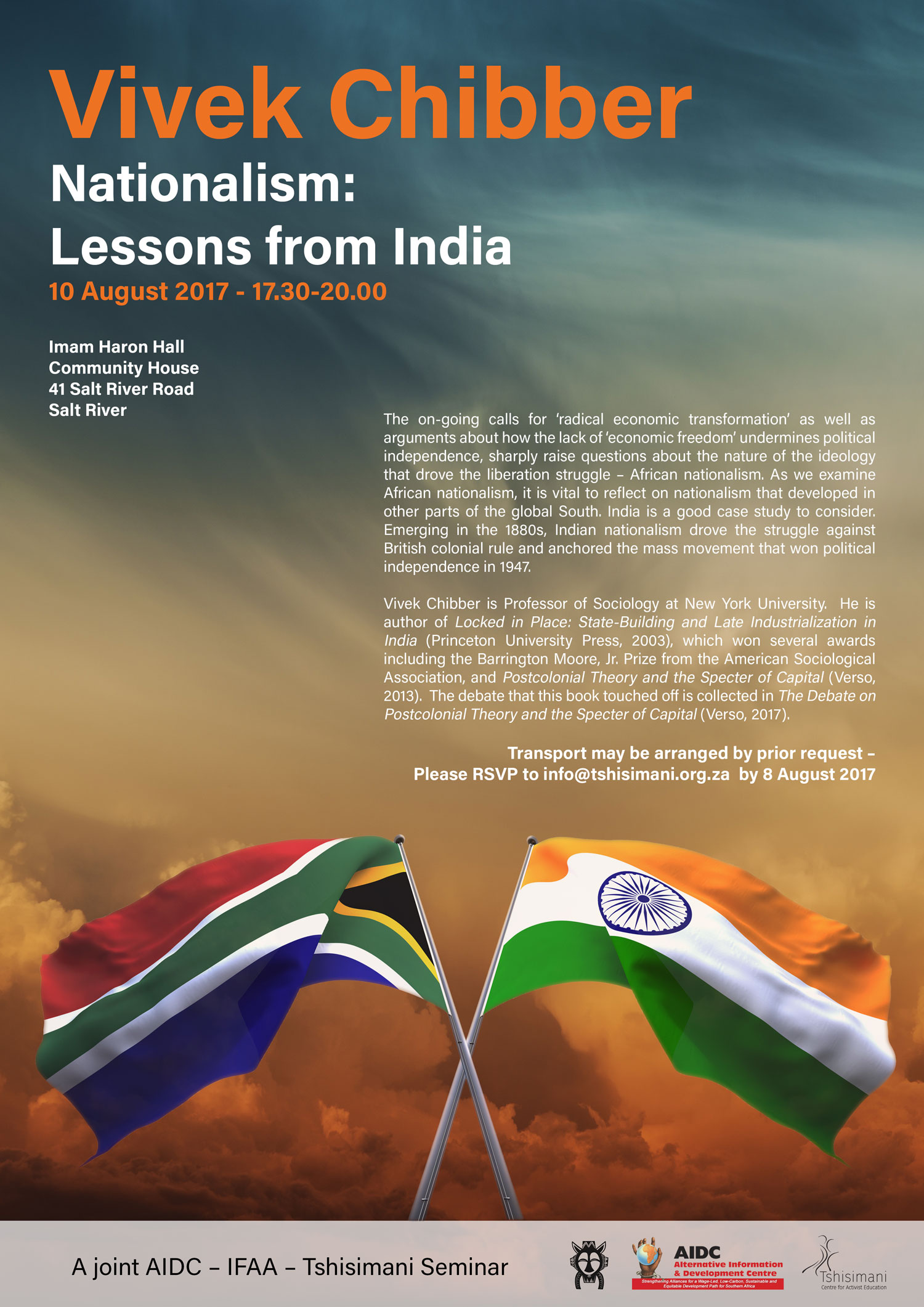 The on-going calls for ‘radical economic transformation’ as well as arguments about how lack of ‘economic freedom’ undermines political independence, sharply raise questions about the nature of the ideology that drove the liberation struggle, African nationalism. As we examine African nationalism, it is vital to reflect on nationalism that developed in other parts of the global South. India is good case study to consider. Emerging in the 1880s, Indian nationalism drove the struggle against British colonial rule and anchored the mass movement that won political independence in 1947.

Vivek Chibber will present a lecture on Indian nationalism from the days of the Bombay Plan, which advocated strong economic planning measures, to the turn to neoliberalism. Chibber will also touch on contemporary right-wing and ethnic nationalism in India.

Chibber is an American-based academic, Marxist theorist and Professor of Sociology at New York University. He is the author of Locked in Place: State-Building and Late Industrialization in India (2003) and Postcolonial Theory and the Specter of Capital (2013).