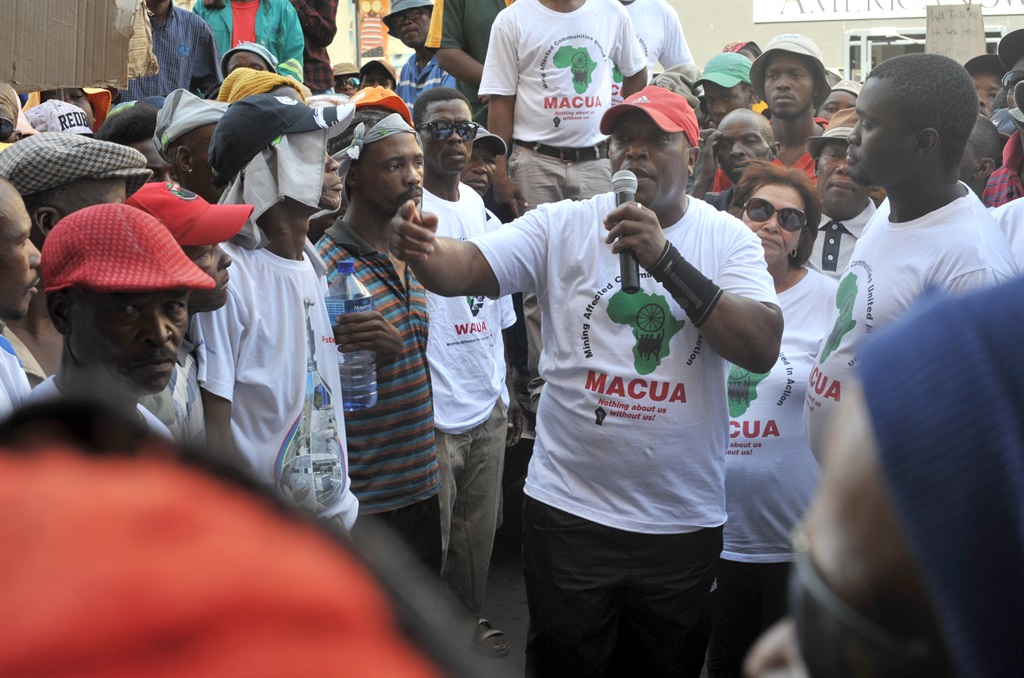 The largest network of communities affected by mining in SA has rejected the draft Mining Charter ahead of a summit this weekend.

The Mining Affected Communities United in Action (Macua) said it would go back to court if substantive issues were not addressed soon.

The Minerals Council SA, which represents most mining companies, and labour organisations have acknowledged the redrafted charter as an improvement but said that it was still flawed.

The mining industry lauded the charter for retaining the once empowered always empowered principle inherited from the previous charter. The then Chamber of Mines challenged a proposed amendment in earlier charters, which would have required a perpetual state of empowerment.

Macua, which represents about 200 communities in all provinces, said it had not been consulted during the drafting process. It then took the Department of Mineral Resources to court and won an order compelling it to consult them.

This week, community organisations “overwhelmingly” rejected the subsequent consultation process as “rubber stamping” and the proposed charter in its entirety.

Christopher Rutledge, the natural resources manager at Action Aid SA (one of the civil society organisations supporting the communities), said Macua and affiliated organisations were in consultation with their legal team. “There is a strong likelihood we will challenge the charter in court for its lack of consultation, and other substantive issues.”

Yet another legal challenge is likely to delay the long-awaited charter. Continued policy uncertainty in the sector is believed to be one of the biggest deterrents to investment.

The rejection of the charter on Wednesday followed two days of deliberation among community representatives in Benoni this week.

Over the past five years Macua and the Women Affected by Mining United in Action (Wamua) have consulted more than 150 affected communities across nine provinces in the drafting of its alternative policy, the People’s Mining Charter.

But Macua’s national convener, Meshack Mbangula, said community concerns had in no way been addressed in the latest draft policy, even though the concerns had been presented to the minister.

The communities are calling for the charter to provide a clear outline for the management of community trusts, pay more attention to environmental rehabilitation and for the full economic empowerment portion to be awarded to workers and communities and “not be used to benefit and enrich politically connected individuals”.

Nester Ndebele, the national convener for Wamua, said the charter had to be scrapped and the process restarted with communities included.

“We are not doing this for ourselves, we are doing it for future generations,” she said.

Rutledge said a range of letters set out why the consultation had been inadequate.

For example, notice of consultation was inadequate for representatives of affected communities to arrange and fund travel to the metro centres where many of the meetings were held.

The letters were sent through attorneys to the minister and the department, but “all have been ignored”, he said.

Mbangula said a handful of representatives had been invited to the summit this weekend.

The representatives would wait to see what transpired before taking a decision on their next action.
A representative for the department said that the organisations had been represented at consultations.

Last week, director-general Thabo Mokoena met Macua and its legal team, and they would have the opportunity to make their case.