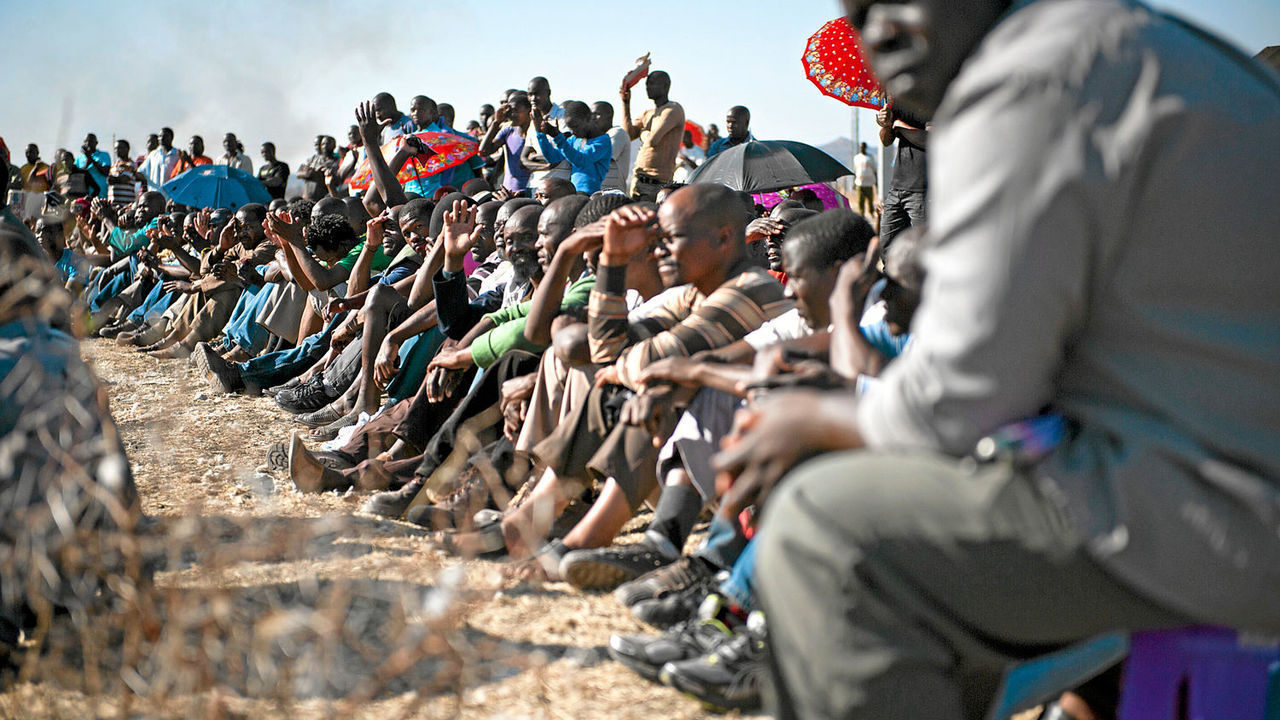 The Marikana massacre and unrest on South Africa’s mines in 2012 elicited a flurry of analysis, much of it superficial and too hastily produced to be of any real use. One of the more authoritative accounts, however, came from former trade unionist Gavin Hartford, now an industry consultant.In a paper entitled The Mining Industry Strike Wave: What are the Causes and What are the Solutions?, Hartford offered a novel, lucid and hugely influential explanation of the structural causes of the unrest and the breakdown of industrial relations on the mines.
What is particularly interesting is the importance Hartford sees in the demise of the hostels and the role this had in bringing about a ‘crisis of migrancy’. During apartheid NUM campaigned aggressively for an end to the system of single-sex hostels and in the wake of apartheid the union’s campaigns started to bear fruit. Though the migrant labour system remains in place as a fundamental feature of the mine labour regime – a powerful legacy of the country’s racialised industrial expansion – the hostels no longer exist as barrack-like institutions of total control. Instead, they have been converted into family accommodation reserved for a select few. In compensation for arranging their own accommodation, most migrants are given modest ‘living out’ allowances, which they use to rent small rooms in the burgeoning shack lands surrounding the mines. No longer encapsulated in the hostels, migrants are now exposed to a host of new wage pressures associated with maintaining an urban life.
Typically, according to Hartford, they have entered into relationships with ‘town women’and taken on all the trappings of a new urban home, such as ‘the bed, the stove, the fridge, the ablutions and the new transport costs’, all the while maintaining a family in the countryside.
Hartford’s widely-cited interpretation of the unrest has been received quite uncritically thus far, despite the urban bias that runs through it. We have heard remarkably little about developments on the rural side of migrant labour. It is to that part of the equation that we now turn.
All of the workers killed on 16 August 2012 were migrants, mostly from the impoverished hinterlands of Pondoland in the former Transkei, a historical labour reservoir for the mines. Mpondo migrants were late entrants to the world of mining but as the country’s industrial revolution gathered steam the mines of the Rand sucked in ever larger numbers of young men. By the middle of the 20th Century migrancy had become an indispensable part of rural livelihoods. It was incorporated into the rhythms of rural life, becoming something of a rite of passage for young dependent men seeking to accumulate the resources needed to start homesteads and families of their own.

Migrancy, then, was a means to a rural end. For the duration of their short-term contracts migrants would, for the most part, put up with the dangerous work and the bleak, dehumanising conditions of compound life, precisely because they were not invested in urban lives. Migrants insulated themselves from the influences of urban ‘white’ South Africa, and associations of ‘homeboys’ made sure that their fellows were not led astray and ‘lost’ to the towns. They toiled on the mines with a singleness of purpose: to build a productive homestead and an independent future for themselves in the rural areas.
A great deal of change separates the lives of contemporary Eastern Cape migrants from those of earlier generations. Apartheid social engineering devastated rural agriculture, while the labour regime on the mines has been restructured over the years. Migrants, for instance, are permanent workers now, no longer serving irregular short-term contracts. They are more proletarian than ever before, yet they remain attached to rural homes that are less productive than in the past. The bulk of their wages and the easily accessible credit they get from loan sharks are channelled home to the rural Eastern Cape.

Migrants on the platinum mines tend to live frugally in the urban areas, using less than half their living out allowances to rent tiny one-roomed shacks. ‘We are only here for money,’ one migrant told me. ‘We have to save [money] and build a house back home. We do not want to stay here.’ It is a sentiment that one hears often. And, like those who went before them, migrants are wary of committing to urban relationships. Hartford’s claim that migrants ‘typically’ commit to relationships with town women seems farfetched: some avoid extramarital relations altogether, some bring their wives to stay with them, and we should not forget that more casual transactional relationships and prostitution are commonplace. 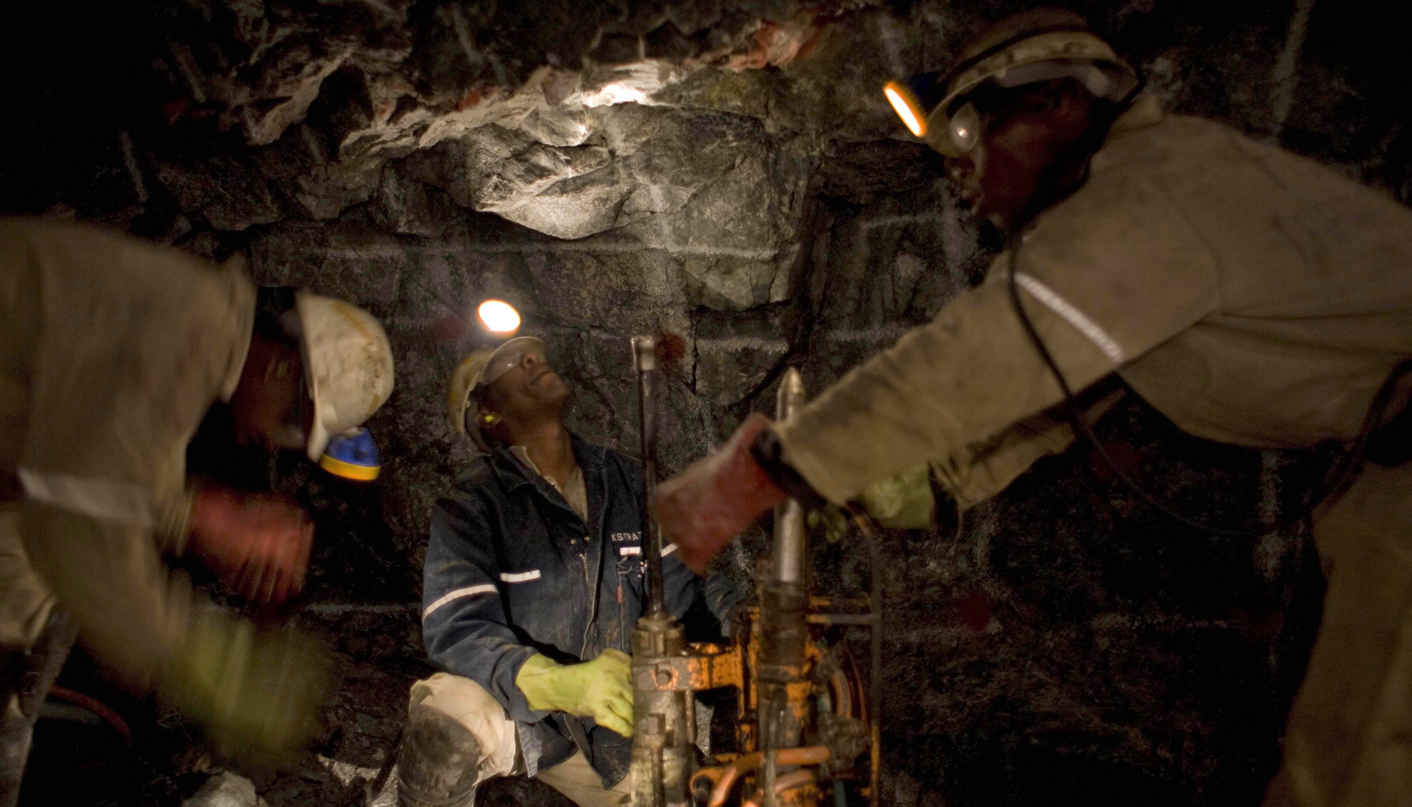 Underground at E & F shaft at Impala Platunum mine, near Rustenburg, April 2008. The rock drillers at Implats and at neighbouring Lonmin are mostly Pondo or Xhosa, unusual in a sub sect of the industry dominated by men from Lesotho. The Bafokeng nation – said to be the richest tribe on earth – gets most of its royalties from platiunum, and they have diversified into other investments under the guidance of their king. Photo Greg Marinovich.

In an unpredictable job market where the mines employ far fewer people than a few decades ago and where redundancies and outsourcing are ever-present traits, maintaining a home in the rural areas offers migrants a form of long-term insurance, a precious safety net. Land is free and, despite the downturn in small-scale agriculture, garden plots and livestock offer a small but valuable contribution to people’s livelihoods. A pension or welfare grant, on which most poor families in Pondoland rely, will stretch a lot further in the rural Eastern Cape than in the platinum towns of the North West, where the cost of living prohibits many from making the transition to a fully urbanised life. And so migrants pump most of what they earn into their rural homes. But although raising a family in the communal areas is less costly than in the urban areas, life in the countryside is nonetheless more expensive and more commercialised than ever before.
For a variety of reasons much of the usable land lies fallow and migrants must dig deep into their pockets to pay for hefty grocery bills. Part of the reason for agricultural decline is because of the expansion in education. Schooling has displaced traditional forms of youth socialisation and disrupted agricultural practices that in the past relied heavily on family labour. Putting dependents through school soaks up a large portion of migrant remittances, as parents hope against all odds that their children will one day secure better jobs than they themselves have.
Nowadays many migrants also invest considerable sums in modern brick and mortar houses, which mark one’s escape from poverty. Though they remain attached to the countryside, migrants’ aspirations and consumer habits are a far cry from those of earlier generations, the more conservative of whom chose to eschew western clothes, bottled beer, and other symbols of a hostile, ‘white’ world. As Vuyo, a rock drill operator on the platinum mines put it: ‘Now people go to school and finish their studies and build nicer homes. In the olden days people didn’t even buy fridges or beds or wardrobes and they didn’t even have electricity. But the younger generations have changed things, and instead of sitting on animal skins people now sit on fancy sofas.’
There is enormous pressure on migrants to provide for their desperately poor communities. In the areas of employment they are economically marginalised men, but in the rural Eastern Cape they are men of importance; they are moneyed men. Typically, when mineworkers return home, large numbers of dependents – it is not uncommon to hear of migrants having to fend for a dozen or so – are quick to stake claim to their earnings.
Migrants’ wages are also redistributed in all manner of indirect ways.
Take, for instance, the case of the funeral of Alton Joja, the sangoma who was alleged to have performed rituals on the Marikana strikers. As a man of standing, Joja’s funeral was a suitably large and costly affair, held under a large marquee next to the house in Bizana where he was murdered by unknown assailants. Everyone from the surrounding villages was invited and all those who attended were catered for. A large chunk of the bill was footed by the migrants I accompanied, and in this way their wages were, quite literally, carved up and apportioned out to the unemployed masses in the form of meat. The whole occasion – and large funerals are held with alarming frequency in rural Pondoland – highlighted just how important migrant wage earners are to rural communities. For those who have what is so elusive to so many – permanent wage employment – the burdens they have to shoulder are immense.
Though wages paid to mineworkers have risen exponentially since the 1970s (albeit from a very low base) the costs of maintaining rural homes and a dignified existence for themselves and their families has risen steeply. This is the other, often overlooked side of the crisis of migrancy. And this, in turn, has been brought about by a much larger crisis: one of structural unemployment, agricultural decline and inadequate wages.
Micah Reddy is a freelance journalist based in Cairo.