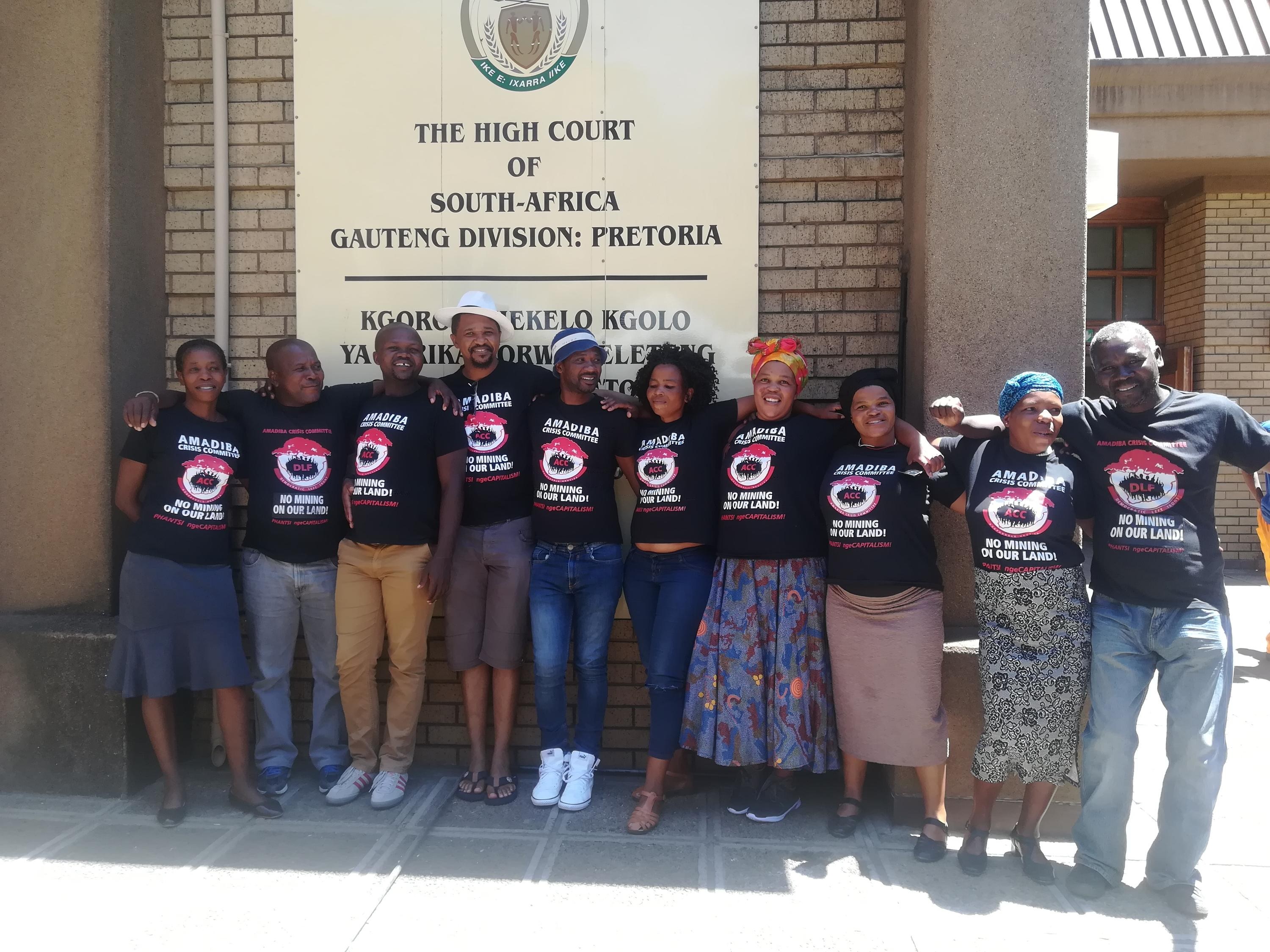 The community of Umgungundlovu, known as “Xolobeni” and organised in the Amadiba Crisis Committee (ACC), won a landmark victory in the Pretoria High Court on 22 November.

The court hearing was in April. The wait was long. Finally, Judge AC Basson handed down a judgement that recognised the community’s Right to Say No to mining. The DMR and Mining Minister Gwede Mantashe have threatened to appeal the judgement. It is however well argued, and the government will lose in the Constitutional Court, say the lawyers of ACC to Amandla!

No “new dawn for mining”

The political importance of this judgement cannot be overestimated. Abused communities can now refer to it and it will be used internationally. In November, 400 delegates from Africa, Latin America and Asia, gathered in Johannesburg at a conference against the power of transnational companies, decided to start a worldwide campaign for the Right to Say No.

The judgement might have dire consequences for Ramaphosa’s “New Dawn for Mining”. Just consider that the DMR isn’t regulating mining in the country, but promoting it and rubber-stamping applications. The economic policy of the government is glued to extraction of minerals, export of minerals and corrupt relations with companies, big and small, financially and environmentally.

Indeed, there must always be mining, “whether you like it or not”, said the government’s candidate to be a king of AmaMpondo, Zanozuko , on 23 September. This was when DMR clashed with ACC in Xolobeni. ANC bused in people from the whole region. ACC lawyer Richard Spoor was arrested, ACC spokesperson Nonhle Mbuthuma was teargassed. Over 200 community members were driven out from Mantashe’s meeting.

Three weeks before the Xolobeni judgement, the Lesetlheng community won the right not to be relocated without agreement with the mining company on compensation. No mining could start without such an agreement.

The Cabinet “welcomed” that judgement. It said that the Interim Protection of Informal Land Rights Act (IPILRA) must be read together with the Mineral and Petroleum Resources Development Act (MPRDA). But in the Xolobeni case DMR argued that IPILRA should not be read together with MPRDA. This issue is explained below.

After the Xolobeni judgement, however, it is unlawful for the Mining Minister to issue a license without the community being fully informed and having approved in accordance with customary law. What will Ramaphosa’s Cabinet say now?

After the Xolobeni judgment on 22 November, a troubled Gwede Mantashe implicitly admitted that few communities want mining. According to Mantashe, the judgement is a threat to mining in South Africa and “if we say we don’t want to mine anymore then we must just stop mining.” Indeed. Or at least mine much less. 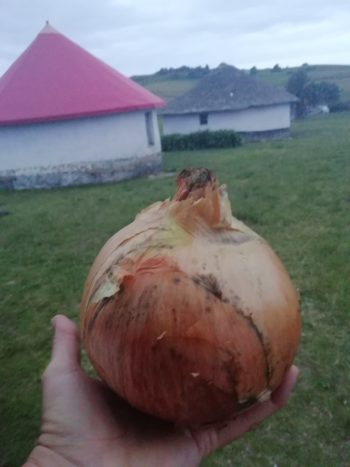 The strength of ACC

Judge Basson called the ACC “an association”. She was right. It was a smaller committee back in 2007 when it was formed at Komkhulu. The late Headman had been captured. Even members of his council saw the need of an independent structure. Today it is a “committee” only in name. ACC is a mass organisation along the Amadiba coastline. Many of the leaders are women, both young and old. This also reflects the standing of women in Mpondo culture.

This victory in court builds on a strong organisation and a leadership elected in five villages. There have been numerous information meetings, separately but also in collaboration with the elders in the traditional council. This was important after the Amadiba chief Lunga Baleni became a mining director. Dedicated human rights lawyers, prepared to be led by the community, and not working for money was also absolutely crucial.

ACC is clearly no friend of the rising Black bourgeoisie. In 2007, they were advised by people on the mining company payroll to kick out Richard Spoor, “because he is white” and replace him with Advocate Sandile Nogxina. Then they found out Nogxina was the DG of DMR.

Today, ACC simply teaches that mining is bad for Xolobeni, no matter who is mining. Earlier this year ACC slammed “Black Boers” in public and the corrupt DMR. On 22nd November, ACC wrote that it is “defending our ancestral land against the greed of the elite and capitalist ‘development’ for short term gain and profit to the few, whether they are White or Black”.

“We come a long way”, said ACC’s media release. “Our fallen heroes gave their lives to defend our ancestral land. Madoda Ndovela, Scorpion Dimane and ‘Balasheleni’ Mthwa and several others”.

Mr Ndovela was shot by hitmen in 2002, after speaking out against local businessmen recruited by the Australian company.. Scorpion Dimane died from poisoning in 2008, two weeks after reporting back to the community on the true situation in Richards Bay. Brilliant orator Balasheleni Mthwa’s kidneys collapsed hours before the “independent environmental specialist” visited Komkhulu on 6 April 2015.

At the end of that meeting, the Umgungundlovu traditional authority – which means the community assembled to a meeting at the Great Place – decided not to allow any “Environmental Impact Assessment” (EIA). This decision led to one violent incident after another, as the mining lobby tried to break the community blockade. It culminated with the murder of Bazooka on 22nd March 2016.

Because of the blockade, TEM, a subsidiary of MRC, doesn’t have any EIA even today. This would be enough reason not to grant a mining license. But a missing EIA is a fact that Mantashe has forgotten.

More than 15 years, and not yet over…

The court case concerned a conflict between the mining law (MPRDA) and a provisional law from 1996 that the parliament renews every year called IPILRA. Under the MPRDA, rural communities only have the right to “consultation”. So it doesn’t matter if the community opposes mining. But IPILRA says that a community oppressed by colonialism and apartheid must agree to what happens on its land and have the right to full consent.

The Xolobeni judgement states clearly that this consent must be according to the procedures of customary laws in an affected community. In Amadiba this means a very high degree of consent in the community. You cannot vote over the land to get “a majority”. You must respect the land rights of every household and you should not cause division and conflict.

It remains therefore to be seen if Gwede Mantashe will proceed with his plans for “a survey” or “a vote” over mining in Xolobeni. The fact that a community, according to IPILRA, has the right to define itself, should make that impossible: The unemployed in the town of Bizana, 70km away, cannot vote about land use on the coast. The judgement even states that the 126 local applicants in the court case (68 representing households within the planned mining area), must give their consent.

Mantashe started to talk about a “survey” in June. ACC responded that “we don’t vote about land in Pondoland”, pointing to the 1959-61 Pondo Revolt. The apartheid government tried precisely that: to organise a referendum over plans to pack communities into ‘Trusts’ or not. That is how the rebellion started. It started, say the elders, in Amadiba… 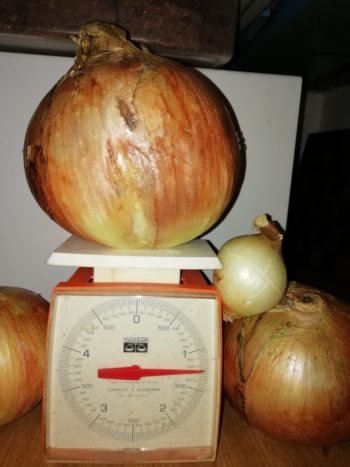 “ACC was right all along…”

The next big court case of the Xolobeni community is against Sanral’s megaproject: N2 Wild Coast Toll Road. It starts on 3 December.

ACC wants “to stop the N2 toll road from splitting our land and destroying our livelihood, and asks for a better and cheaper detour of N2 that is of the same distance……. but depriving the speeding cars from enjoying the picture post card beauty of the Wild Coast and shoreline’,  as quoted in SANRAL’s annual report of 2018”.

The Right to Say No judgement will form part of the atmosphere of the N2 case. So will the fact that the R1.5 billion giant Mtentu bridge has been blocked by the community in inland Amadiba since 22 October.

In June, the Jama village in inland Amadiba blocked the works for a week. This was broken up by Sanral with the help of security firm Zero Tolerance from Durban and new sweet talking. In October, the community got help of “Amadela Ngokubona”. This is the armed taxi industry in Durban, and everything stopped. When accused by Sanral of having weapons in the community, leaders answer “You did it first”.

It took two years for the bitter truth to mature at community meetings that “we are giving away our land for nothing”. There are very few jobs for the local community, in exchange for the 80m wide and fenced N2 through their land, as a result of false promises.

Those who laughed and said that people on the coast are stupid now say “The Amadiba Crisis Committee was right all along.”