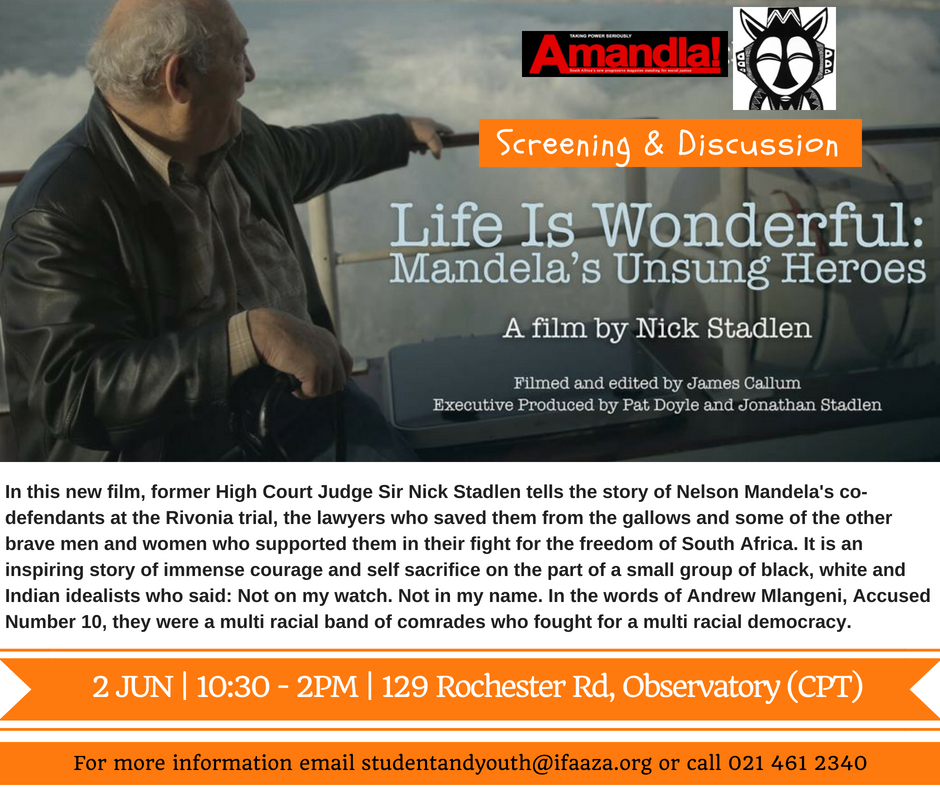 On Saturday, 2 June, Amandla Forum and the Institute For African Alternatives (IFAA) will be screening “Life Is Wonderful: Mandela’s Unsung Heroes”. In this new film, former High Court Judge Sir Nick Stadlen tells the story of Nelson Mandela’s co-defendants at the Rivonia trial, the lawyers who saved them from the gallows and some of the other brave men and women who supported them in their fight for the freedom of South Africa. It is an inspiring story of immense courage and self sacrifice on the part of a small group of black, white and Indian idealists who said: Not on my watch. Not in my name. In the words of Andrew Mlangeni, Accused Number 10, they were a multi racial band of comrades who fought for a multi racial democracy.
Quote from review in Screen Africa:
“Through ground-breaking and never–before-seen interviews, the former English High Court Judge Sir Nicholas Stadlen throws light onto the extraordinary people involved in the Rivonia Trial – the court case that changed South Africa. Their stories and the stories of the anti-apartheid struggle show the power of people’s ideals to enable them to create the world as it should be, not accepting the world as it is.”
Post Views: 1,176