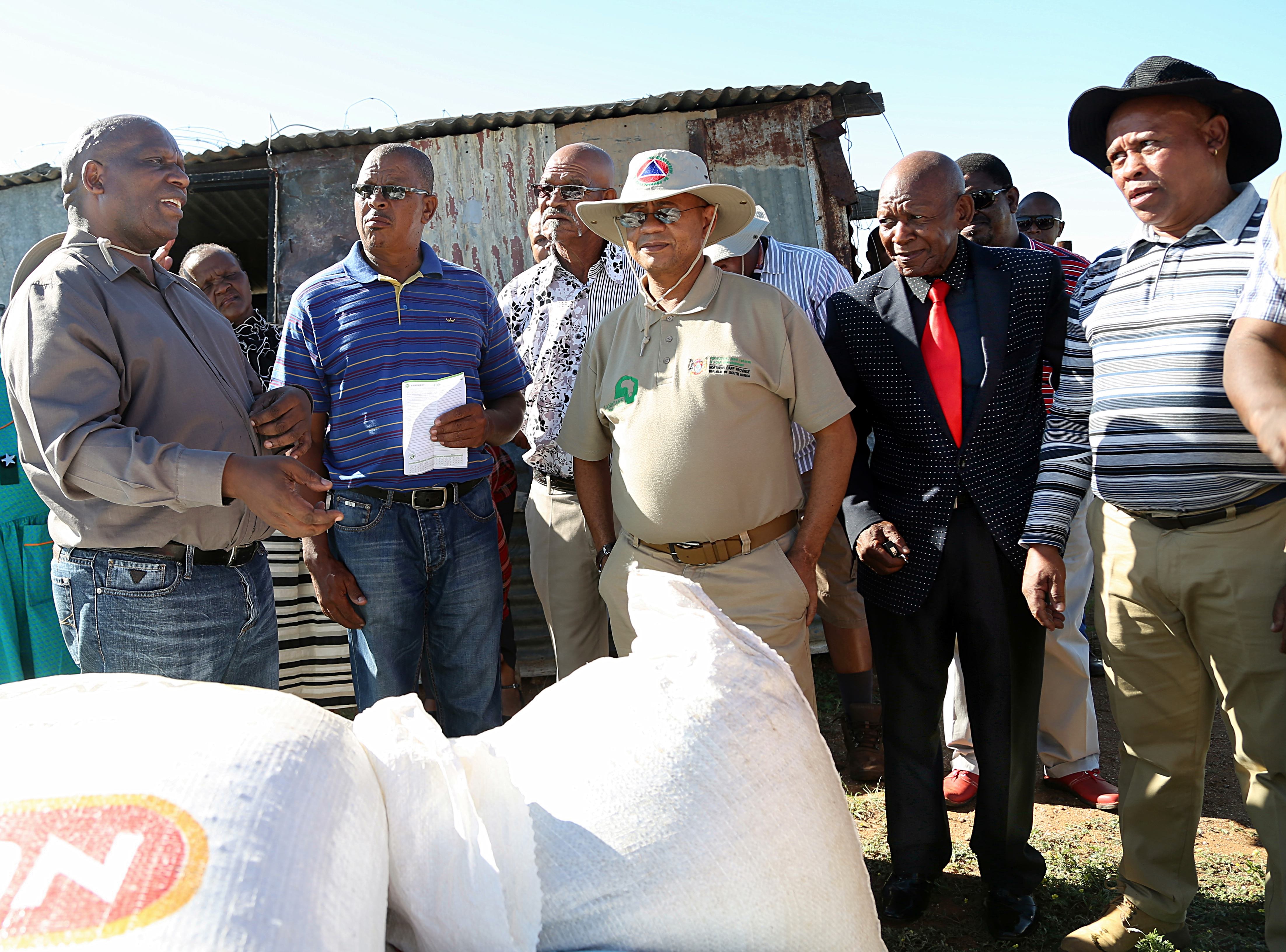 I really appreciate that Amandla! Magazine has wisely invited me to write this piece. One of the most astonishing things about the land debate today is that it is held without putting women first. One would think that if you design a policy, the first thing you would do is invite the people who are most affected by it. But this is not happening. As producers, women are the majority of farm-workers, especially part-time and seasonal labour. In communal areas women continue to farm land they do not own, without even the dignity of getting paid for their work. As consumers, women bear the brunt of trying to put nutritious food on the table for their families at an affordable price. They accomplish this miracle each day, every day, and we all have fond memories of our mothers making a way out of no way so we could grow up to be healthy, strong activists.

As a Black woman farmer I am a minority of a minority. Apparently less than 8% of the agricultural land is Black owned and less than 30% of those are women. So I must be pretty good at what I do simply to be here. Yet when debates about land and agriculture are being held, women’s voices are not at the forefront. Men are doing all the talking. So the short answer in relation to land policy, no matter what the content, is that it is going to fail because it is made in the absence of the majority of the workers. The ones who possess the in-depth practical knowledge about how to farm are being silenced in the debate.

My struggle for land

Since the first step to a viable agricultural system is acquiring land, I want to share some of my recent experiences in trying to buy land. I personally hope that I am the last generation of Black women to have to pay for the land of my ancestors, but it was necessary. I have developed a one-hectare experimental laboratory in organic permaculture, specialising in the re-domestication of indigenous economic plants. After twelve years of this, I am ready to start teaching other people how to do it, so that as people acquire land the knowledge is already there.

But my partner wanted out and I had to buy half the farm from her. My half was already paid for. The experience made me happy that up to now I have never had a single cent in government subsidies. I approached the Land Bank for a bond. The man there said to me “we don’t give loans for farms under 30 hectares”. This is the most absurd thing I have ever heard! When the official policy of the government is “One Hectare, One Household”, it makes no sense to refuse to give bonds for one-hectare farms. It would be insane for me at this point to give up my farm and go start over again on 30 hectares. But they did not care. They had only their rules and regulations.

I wrote to Department of Agriculture Western Cape and complained, pointing out that their official policy says that they must support Black women farmers. They said “we only give post-settlement support.” So it is not their problem how you acquire the land! The fact that the system is not working for Black women does not seem to be an issue.

After that experience I gave up on government. I then approached a commercial bank for a loan. They said “even though half the farm is already paid for and the land itself is security, we can only lend you 70% of the bond you need.” What was I going to do with that? Again, another fight about rules and regulations. Personally, I think it was Black-lining but no matter. 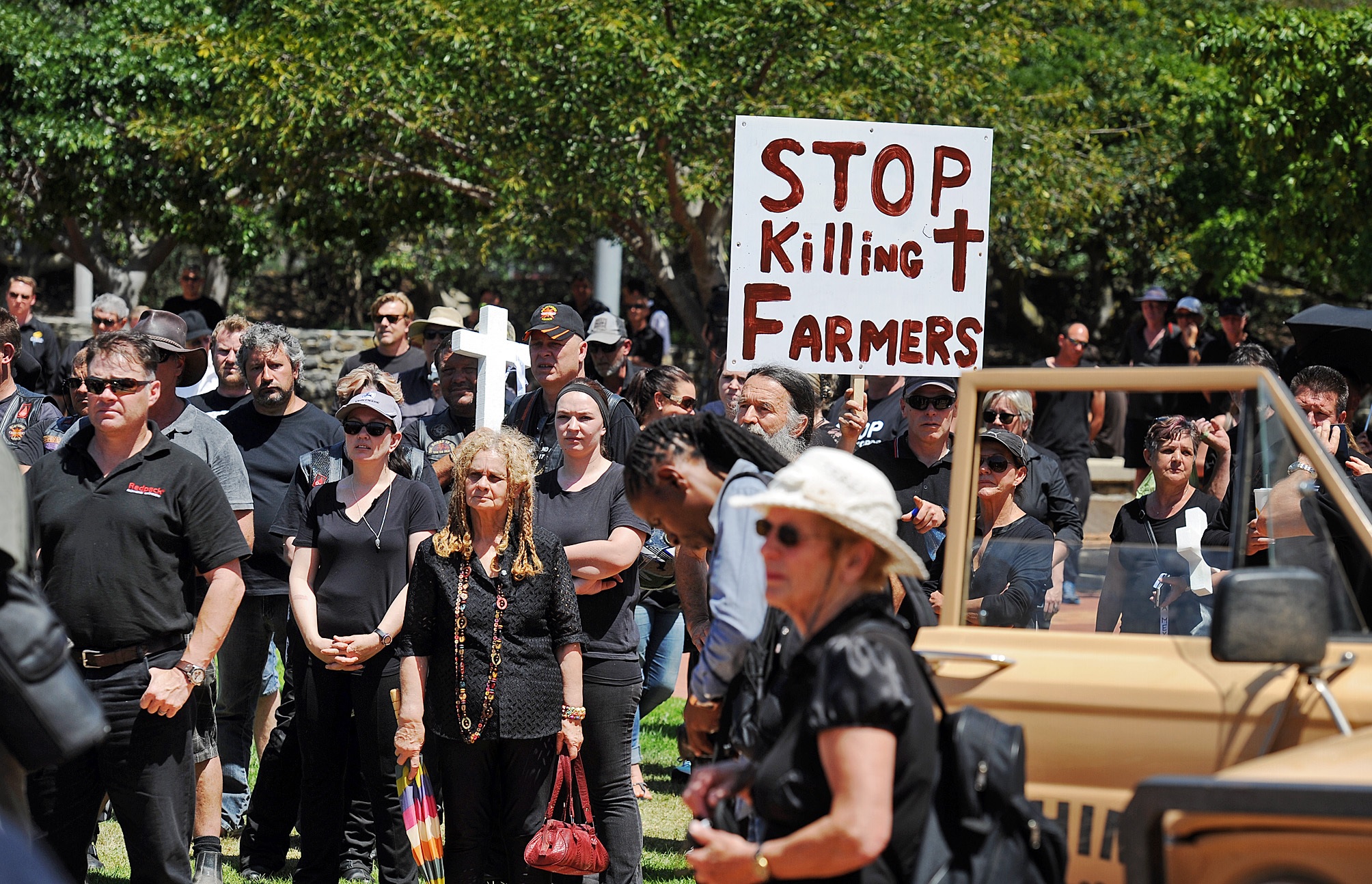 A system to make Blacks poor

I finally managed to get funding through a comrade. I am just warning all of you who are thinking of farming to not waste time on trying to do so through the state or capitalist banks. They are designed to exclude you and all you will achieve is wasting your own time. This makes perfect sense when we remember that, since the discovery of mining in this country, agricultural policy has had three aims:

1. Get Blacks off the land so labour can be cheap.

3. Provide a material base for poor whites so they do not burden the state.

In other words, the system has been designed precisely to prevent Black women from owning land. It is not just about white farmers being rich. The system is also specifically designed to make Blacks poor, so they will work for the mines and cities at a cheap wage. It is not there to help us get land or to farm it. In my 12 years of farming I have found that my most expensive investment has been my time. To spend time off the land is depriving my land of the careful attention it needs to build an ecosystem. You don’t know what you don’t know. The thing that cost me the most was making mistakes and learning from them, as I restore the land from the damage of 350 years of commercial farming. 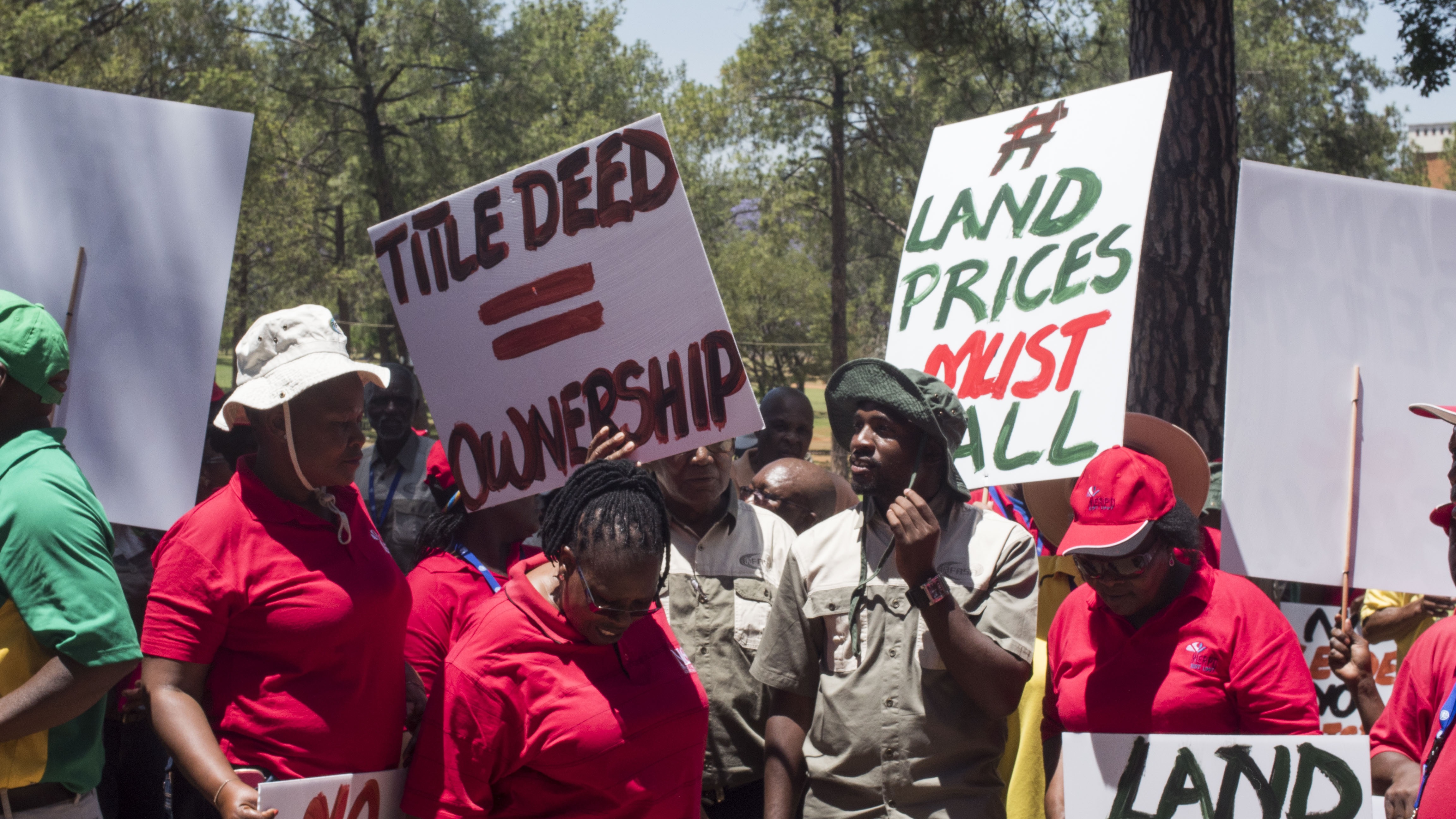 In terms of going forward, and assuming that we somehow manage to center women in the debate about land acquisition and do the job right, the most important thing that needs to happen is to introduce lots of small farmers. It has been demonstrated in the literature that small farmers are more productive per hectare than big ones. This conclusion has been well researched in many different countries over many decades. If we want to increase food production, the best thing we can do is actually to promote small farmers rather than excluding them from the system. Holding on to land surrounding the urban areas without farming it, with the intention of selling it for development at a later stage, should be outlawed. Use it or lose it.
In addition, most commercial farmers have areas of land which they don’t use. When you have lots of it you don’t value every hectare. Each one could give away 10% of it without finding themselves poorer. But they would have to understand that the centuries old policy of getting Blacks off the land except as cheap labour really is over. I am not sure commercial farmers are there yet.

The second thing which would have to be done is to cease planting crops from Europe. This land does not have enough water to irrigate them, while the chemicals they need to stay healthy (because they are not adapted to this place) are bad for the people who must consume the toxic food, but most of all for the farmworkers who are exposed. I am sure if a study were to be made of farmworkers you would find that rates of cancer are much higher than in the general population. Because they are the ones who have to spray the poisons.

Because of climate change it is becoming increasingly insane to be growing grapes in order to produce wine for Europe. Grapes, like peaches, apples, pears and cherries, need irrigation, but with a 30% drop in rainfall predicted over the coming decades and drought expected more frequently, this is simply not a sustainable system. Farming cannot grab all the water which is needed for the urban poor. Our other main crop, winter wheat, might not need water but it gets sprayed at least 11 times with toxic chemicals in order to produce a harvest, and the land is left bare and exposed over our hot summers. 350 years of doing this has left the land exhausted and infertile.

Commercial farmers respond to a situation created by bad farming by pouring more and more chemical fertilizers on the land, which drives up the price of food. Farmers need to change over to more climate-friendly crops like olives or indigenous fruits, which can happily weather a drought. My own farm is testimony to the fact that organic farming tends to out-produce chemical farming in a drought. This year I harvested pumpkins, olives, almonds and roses, as well as all the indigenous herbs I needed to run a small agro-processing business. Sustainability is important because it is not about how well you do in a good year, but how you survive a bad year. Small scale organic farming is the only way to provide climate justice and a sustainable food supply.

Yvette Abrahams is an economic historian, organic farmer and soapmaker who commits to testing theory in practice until she gets it right.

Posted in One Million Climate Jobs Tagged with: Land