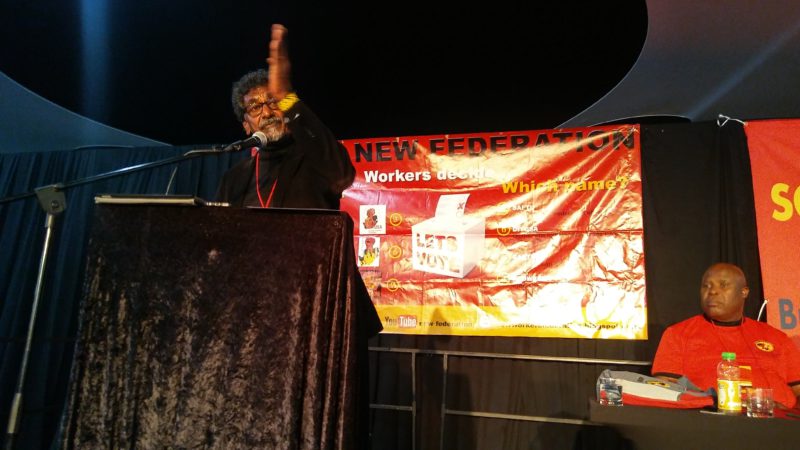 In 2017, as the standard of living of poor and working class people in South Africa continues to decline, we have a new challenge and responsibility to the generations who came before us, as well as to the generations to come. Todays challenge extends beyond more than just building a federation, it requires the building of a mass based movement.

Thirty years ago, COSATU was formed as an attempt to build worker unity. They have not been able to fulfill their historical task and mission. SAFTU must learn the lessons and know that to be strong is to build a united federation.

SAFTU is launching in a different context in comparison to COSATU more than three decades ago. When COSATU formed it had no money, no office, no one employed and it was launched during the height of apartheid.

Capitalism is in crisis but it is not dying; the new still has to be created. In creating the new we will develop the response to the question, what will replace capitalism. The crises we face is not only economic and social, but ecological. It is essential that the new federation responds to the seriousness of the ecological crisis – because a dead planet has no jobs.