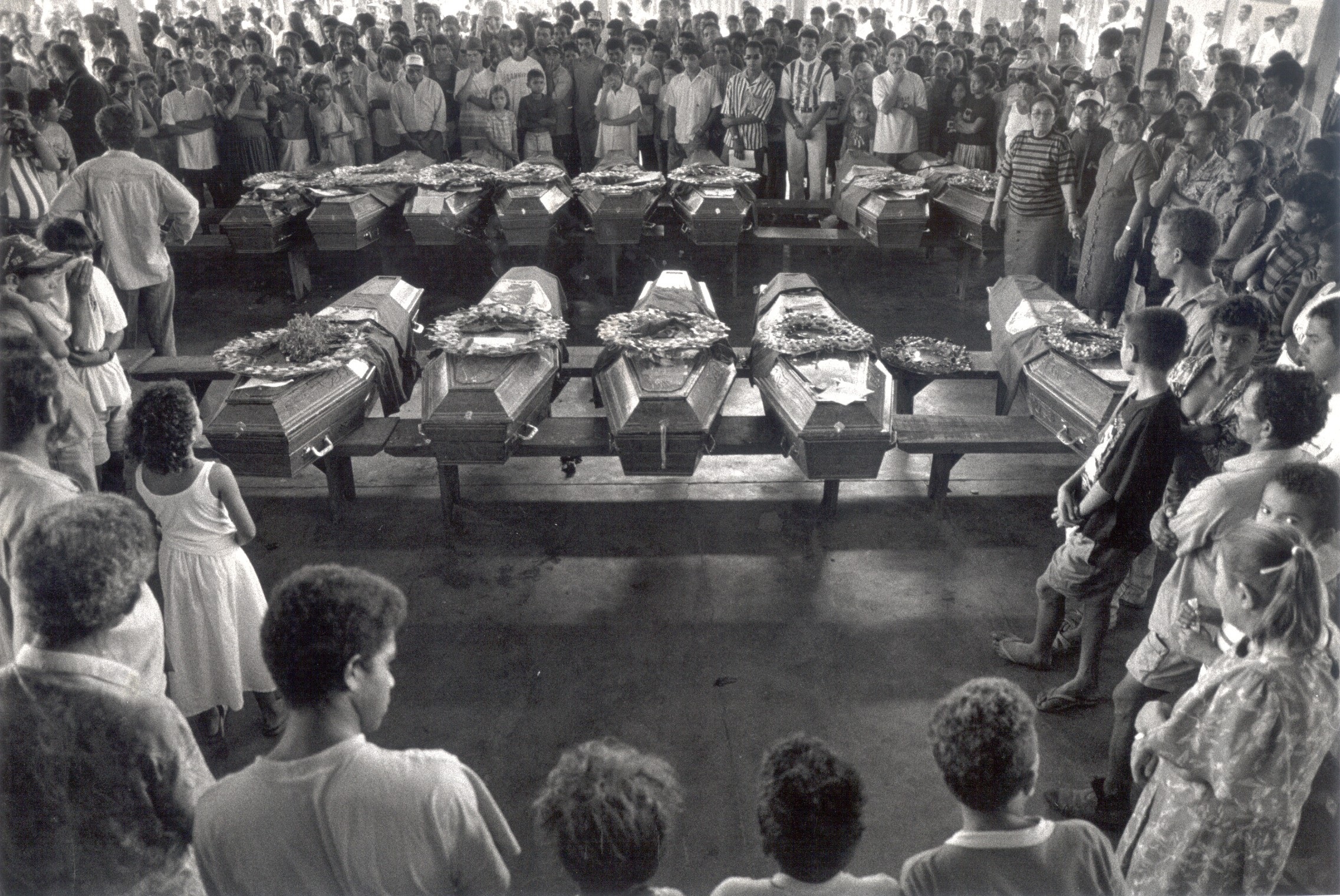 1.    Can you give South African readers some background to the formation of the MTST and how you have become so successful in growing this movement to become one of the strongest social movements in Brazil today?

The MTST emerged in 1997 to organise the struggle for housing in the urban peripheries of Brazil. It came from the MST Movimento_dos_Trabalhadores_Rurais_Sem_Terra – Landless Workers Movement. The first occupation took place in the city of Campinas, in São Paolo state. It was named Parque Oziel, in honour of a young man killed in the massacre of Eldorado dos Carajás.

Campinas, as well as several other large cities in the country, had high unemployment and increasing speculation in real estate. All of this, together with the lack of public policies related to housing, led to thousands of families being made homeless. Following this, the movement emerged in the Metropolitan Region of São Paulo, the most important in the country. There was a cycle of successive occupations, some bringing together more than 10,000 people.

Real estate speculation tends to push workers out to areas further and further away from urban centres, to the peripheries. It was in that space that the movement focused its work. It has been 20 years of hard work and standing in the mud, building forms of popular power, organising occupations and community nuclei. This process made the MTST one of the main social movements in the country, with national roots and mobilisation capacity.

2.    Occupation has been a characteristic of the MTST, as well as of the MST. We have also seen the strategy of occupation as crucial to the development of the new left in Spain. How do you see the strategic meaning of the occupations beyond that of responding to a real need of working people for housing?

The question of land has always been and continues to be something central to capital. The reproduction of capital is reflected in the organisation of the territory, especially urban territory. On one side, there is an enormous concentration of resources. As far as cities are concerned, this means infrastructure and services. On the other side, the almost a total absence of these resources.

Social segregation materialises in the territory and expresses itself through the expansion of real estate capital. Occupations are a direct confrontation to this logic, a symbol of popular resistance. The majority of the land that the MTST occupies are large, urban, empty spaces. They are mostly linked to building companies and powerful players in the real estate sector. They abandon that land for years, purely to increase its value and without fulfilling any social function.

So, to occupy those spaces is to challenge the logic of a city. This same reasoning can be used to think of rural occupations that challenge agro-business and also the occupations of public spaces, as in Spain. 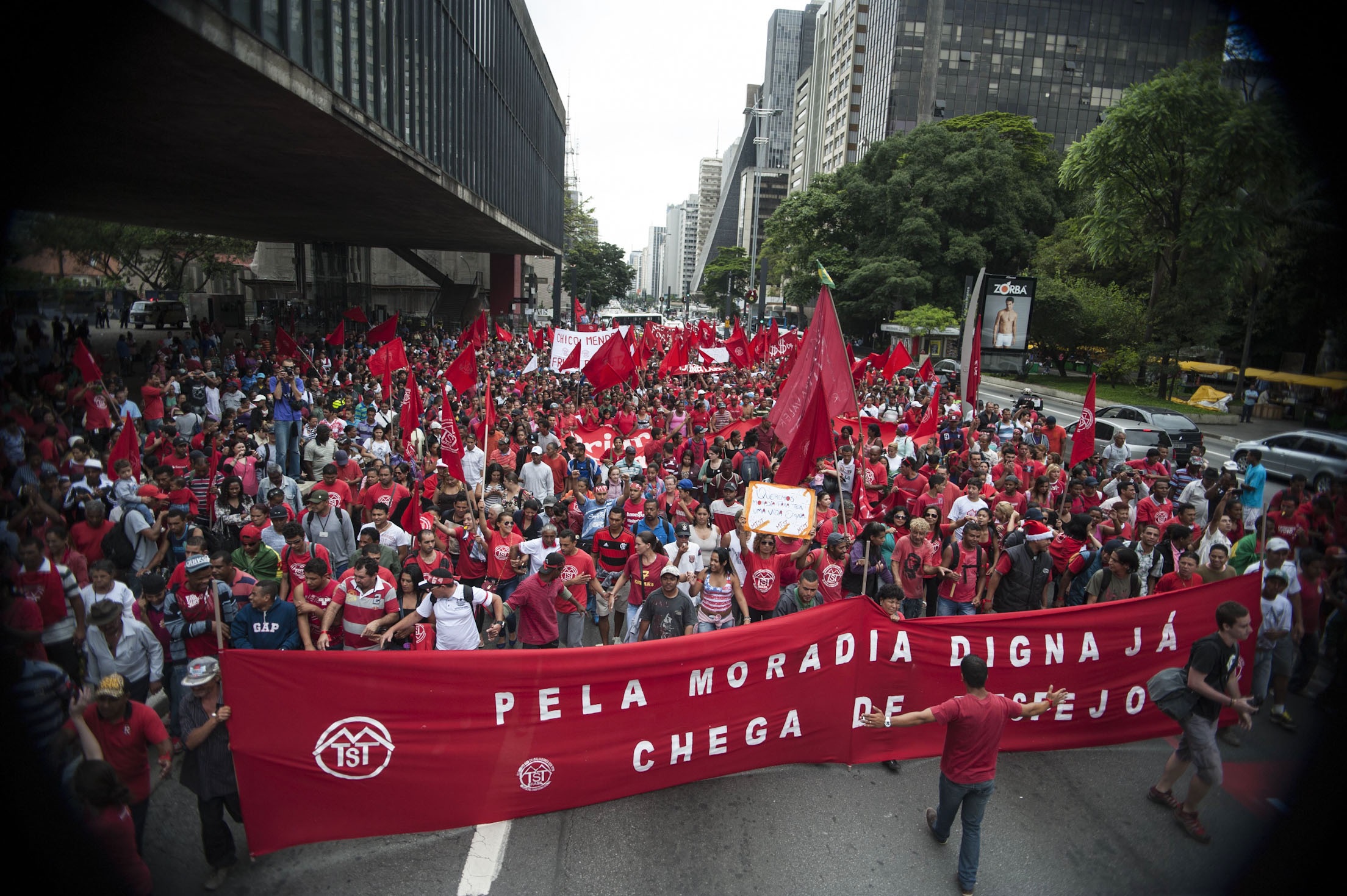 3.    In South Africa, land is such a sensitive question. The ANC government agreed to have the right to private property consecrated in the Constitution, and they have violently repressed any attempted occupations. How did you manage to cultivate occupations and avoid them being destroyed through State repression? Does the Brazilian State have a less repressive approach when dealing with organised occupations?

On the contrary, one of the great difficulties of the movement is exactly state repression, especially police repression. If we go back to the first years of the MTST, there was a hard phase of repression. An example of this was the Carlos Lamarca occupation, where the military police burned the belongings of the occupiers and beat and arrested several activists. That was a very difficult phase for the movement.

One of the tactics that we adopted was a way to keep the people organized even after the evictions. It was the organisation of community nuclei, which kept the people together after possible evictions. Families returned to their neighbourhoods but continued to participate in the movement and in struggles to conquer housing. No matter whether they were in occupations or in neighbourhood nuclei, the important thing was to keep struggling to conquer housing, and that was how the movement grew and at the same time managed to mobilize a huge number of workers. Repression continued and still continues, but today the movement is in a position not to be destroyed by it.

4.  In the MTST strategy, you see occupations as an opportunity to build the future in the present. How do they simultaneously challenge current power and create new forms of power?

I think I have already spoken a little about challenging current power. Very little is spoken about creating new forms of power, although it is very important for us. To build an occupation on a day-to-day basis certainly means exercising the construction of popular power. The MTST prioritises collective decision as one of its principles.

So, when we do an occupation, one of the first steps is to divide it into groups and build a community kitchen in each group. It is in this space that people will eat, will be kept informed about the issues concerning the occupation. It will also be the space for everyday collective decisions. A lot of everyday issues are decided in assemblies and each group elects its own coordination. In this way we do not have power centralised in a few people, but divided collectively. The day-to-day life of an occupation involves an enormous range of tasks, and people organise themselves in what is easiest for them. Besides, the movement has a specific collective to think about the training of our activists. It is important for people to understand why they are there and that the struggle is much larger than conquering housing. It is a broader struggle for rights and social transformation. And it is very noticeable that people who go through an occupation leave with a sense of belonging to the movement. After all, we are a family that welcomes and struggles. And they also leave with a greater class consciousness, knowing the place that they occupy and who is the real enemy.

5.   How important is occupation for the strategy of the MTST, as a means by which we can forge new social relations that challenge patriarchy, sexism, racism, homophobia, etc., How do you build the new human being and “end the filth and inefficiency of capitalist society “(Marx)

Much work is needed to end that filth and that work is a long process. We constantly think about political education in the occupations and with our social base. But we have to admit that conservatism also engenders itself in the working class and this is not any different amongst our activists. After all, people are constantly bombarded by the media and consequently absorb much of the conservative ideology.

We therefore, try to deconstruct patriarchy, sexism, racism, homophobia with concrete reality as a point of departure. A good proportion of the participants in our occupations are women and black women. This is already an important fact. A good proportion of these women are heads of their households. Many are single mothers. Imagine the reality of these women, facing the context of the economic crisis, unemployment, prejudices and also living with the despair of facing eviction due to the high costs of rentals.

Even facing all these difficulties, they participate in occupations and end up assuming leadership functions and important roles in the struggle. It is through all these difficulties that we can debate with all our women and men activists the need to think about a more just society, without any form of oppression. In Rio de Janeiro for instance, always on the Black Consciousness public holiday, we organize an enormous mobilisation to take our people from the peripheries to the beaches frequented by the elite. Even though it is a public space, social and ethnic segregation is also symbolic, and this type of space occupation exposes the inequalities and causes enormous discomfort to the white elites in the city. We do not work with labels and sectarianism, understanding that this type of development of political consciousness is constant and takes time. 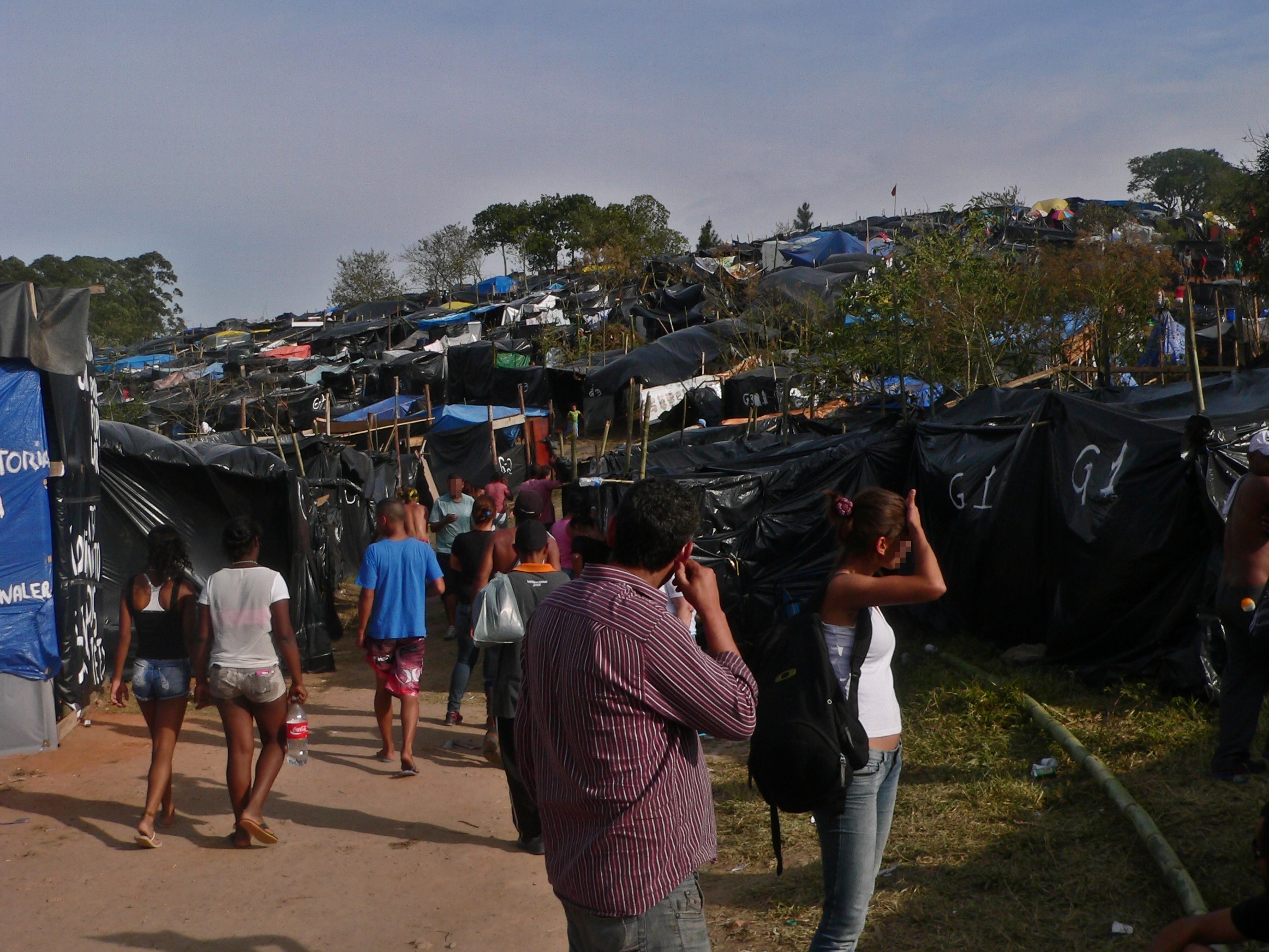 6.    Can you explain to our readers the nature of the front that the MTST has involved in building itself, that is, Povo Sem Medo (“People Without Fear”). How was it possible to link the day-to-day struggles of workers for housing with the struggle against corruption, neoliberalism and capitalism?

Povo Sem Medo emerged at the end of 2015 in the context of Brazil going through a serious crisis, both politically and economically. At that moment the coup d’état against president Dilma Rousseff was moving fast. At the same time the government was giving in to pressure from the financial market and implemented a fiscal adjustment. The MTST always understood the need to ally itself to other sectors. Povo Sem Medo is a fruit of that understanding. Beyond a project of transformations, it understood the need to once again take up grassroots work, especially in the urban peripheries, something that unfortunately part of the left stopped doing in the last few years.

From the creation of the Front until today, many demonstrations have been organised. We have strongly resisted reactionary measures imposed by the coup d’état and the Temer government, which unfortunately increase day after day. Despite this, we think that if there were no popular demonstrations, it is very likely that these reactionary measures would have been even greater. The coup d’état took place to attack the rights of workers, and it is the poorest who suffer the most with the removal of rights.

That is the reality of the base of the MTST who start feeling the devaluation of their income, the increase in rentals, the increase in unemployment and the brutal repression that oppresses the people in the peripheries. It is through these elements that we call the people to the demonstrations such as those by the Povo Sem Medo, to struggle not only for housing but to defend the rights of the working class of our country.

And now we are also embarking on the building of a platform of debates that will result in a left programme for the future of the country, and that will be built with broad popular roots. We are referring to “VAMOS! Sem Medo de Mudar o Brasil!” (LET US GO! Without fear to change Brazil). The platform has been a success. In four months we have organised 55 debates in 24 cities of Brazil. We have discussed a range of topics on what we want for our country, and how we manage to bring together people and sectors beyond the Povo Sem Medo. We are certain that the fruit of these debates will shape even more the intervention of our activists in the radical social transformation of Brazil.