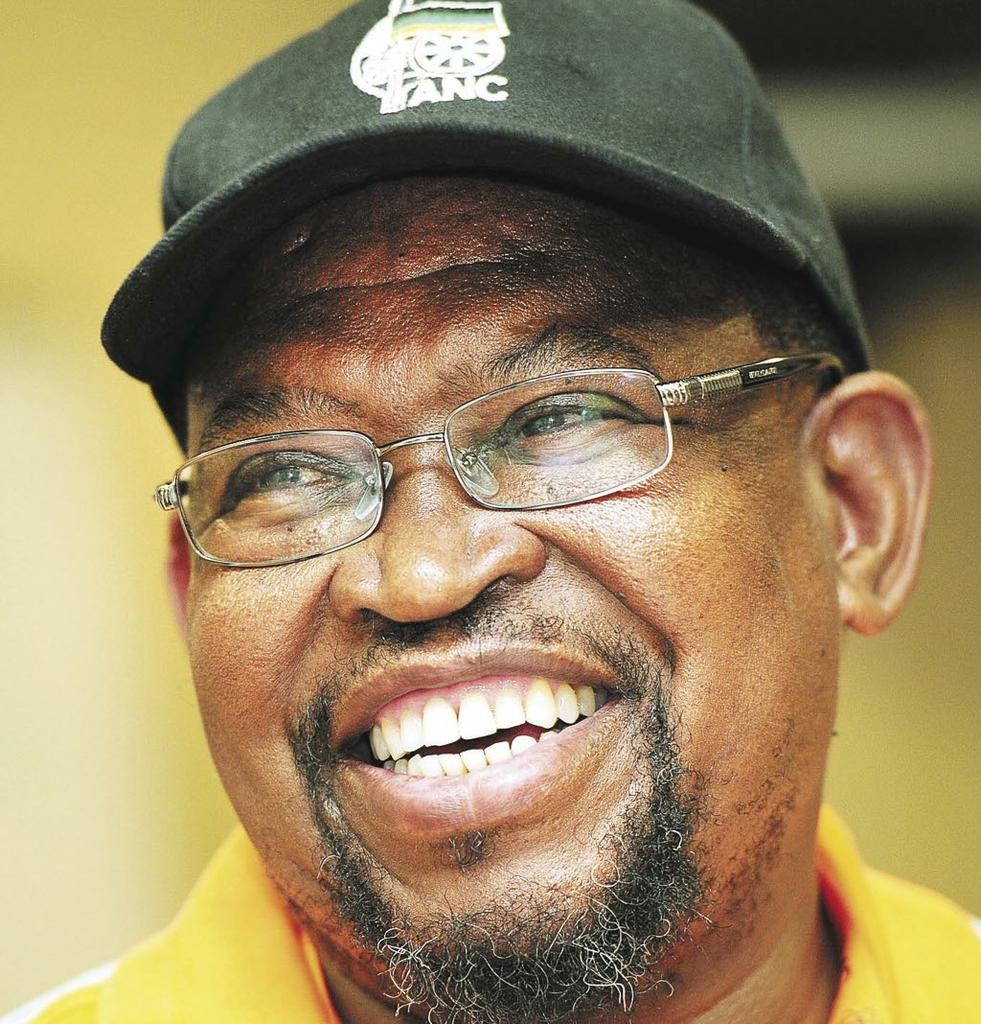 Amandla! interviewed Enoch Godongwana, Chair of the ANC’s subcommittee on economic transformation. We sent him a series of questions and these are the answers we received.

Zuma and the ANC

A!: Zuma brought to the ANC extreme cronyism and looting of the parastatals. He also brought the ANC to the brink of disaster and a possible split. Why was it so difficult for the so-called good people to challenge Zuma?.

EG: There have always been people who challenged Zuma . The problem is that they have been in the minority.

A!: Most of you who opposed Mbeki embraced Zuma as an alternative. What was the basis for that?

EG: I am not one of those who saw Zuma as an alternative

A!: Do you go with those who say (like Irvin Jim) that the alliance that put Zuma in power was the correct strategy – that’s life; not all correct strategies work out. Or do you now believe, like

Zwelinzima Vavi, that it was an error?

EG: Electing Zuma was the greatest mistake for the ANC, the Alliance and the country. People were angry with Mbeki for a variety of reasons and Zuma was the only one available to challenge him.

A!: We look at the ANC’s balance sheet – Gear, Aids denialism, state capture, corruption. Apart from faith or blind loyalty, why do you think people should continue to look to the ANC to lead society in tackling the legacy of Apartheid? Why should we believe in the ANC as our leader against extreme social polarisation, inequality and mass unemployment?

EG: There is no doubt the ANC has made a lot of changes in the lives of our people. There is also no doubt that during the Zuma administration poverty, inequality and unemployment have worsened. His administration coincided with the global crisis which pushed 1 million South Africans into unemployment. There were also own goals such electricity shortages, corruption and political mishaps. The ANC is still the only organisation that can lead the country on a national basis and maintain social cohesion.

A!: Do you believe the ANC still retains a mass legitimacy and a capacity to be politically hegemonic in society?

EG: Yes. Surveys reflect that the ANC is still the only political party which is still above 50%, even before campaigning takes place.

A!: Materially, corruption flows through the veins of the ANC. The party has become a gateway for accumulation of wealth. How do you expect to turn that around?

EG: Corruption is being tackled seriously. The new leadership has made it the number one enemy. A number of people, irrespective of the positions they hold in the organisation, are being charged. The criminal justice system is being strengthened.

A!: You come from the labour movement – the left-wing of the labour movement, in fact. In the worst days of the Zuma Presidency were you not attracted to the EFF, or NUMSA’s workers party? Do you think these initiatives have any real potential to build a mass-based left-wing alternative to the ANC?

EG: The relationship between the left and the ANC has been theorised for decades, including the “Black Republic” theses. Leon Trosky, in his “letter to South African Revolutionaries”, conceded that under South African conditions it is would be acceptable for the left to working with the ANC. The same debate raged in the contest between “workerists” and “populists”. The ANC retains the support of the masses of the people and working outside simple marginalises the left.

What will Ramaphosa bring?

A!: In supporting Ramaphosa as an alternative to Zuma, are we not swopping extreme cronyism for the failed policies of neoliberalism?

EG: The support for Ramaphosa is broader than the individual. It is support for reclaiming ANC values.

A!: If you look at the new president’s background, you see someone whose activism was rooted in the NUM and whose wealth comes from extractive industries. Surely, he wasn’t given access to that wealth for nothing? This must be payback time. One of his first actions (while the corrupt ministers in his cabinet remained in place) was to wipe the brow of the Chamber of Mines and immediately withdraw the Mining Charter for further consultations. Does this not doom the economy to an extractivist future, which we should be fighting to get away from?

EG: Ramaphosa raised money to finance the shares and there is therefore no payback required. The withdrawal of the Charter is a resolution of the movement. We have always held the view that the matters before the court are not legal but the strategic direction of economic empowerment. They cut across all sectors. 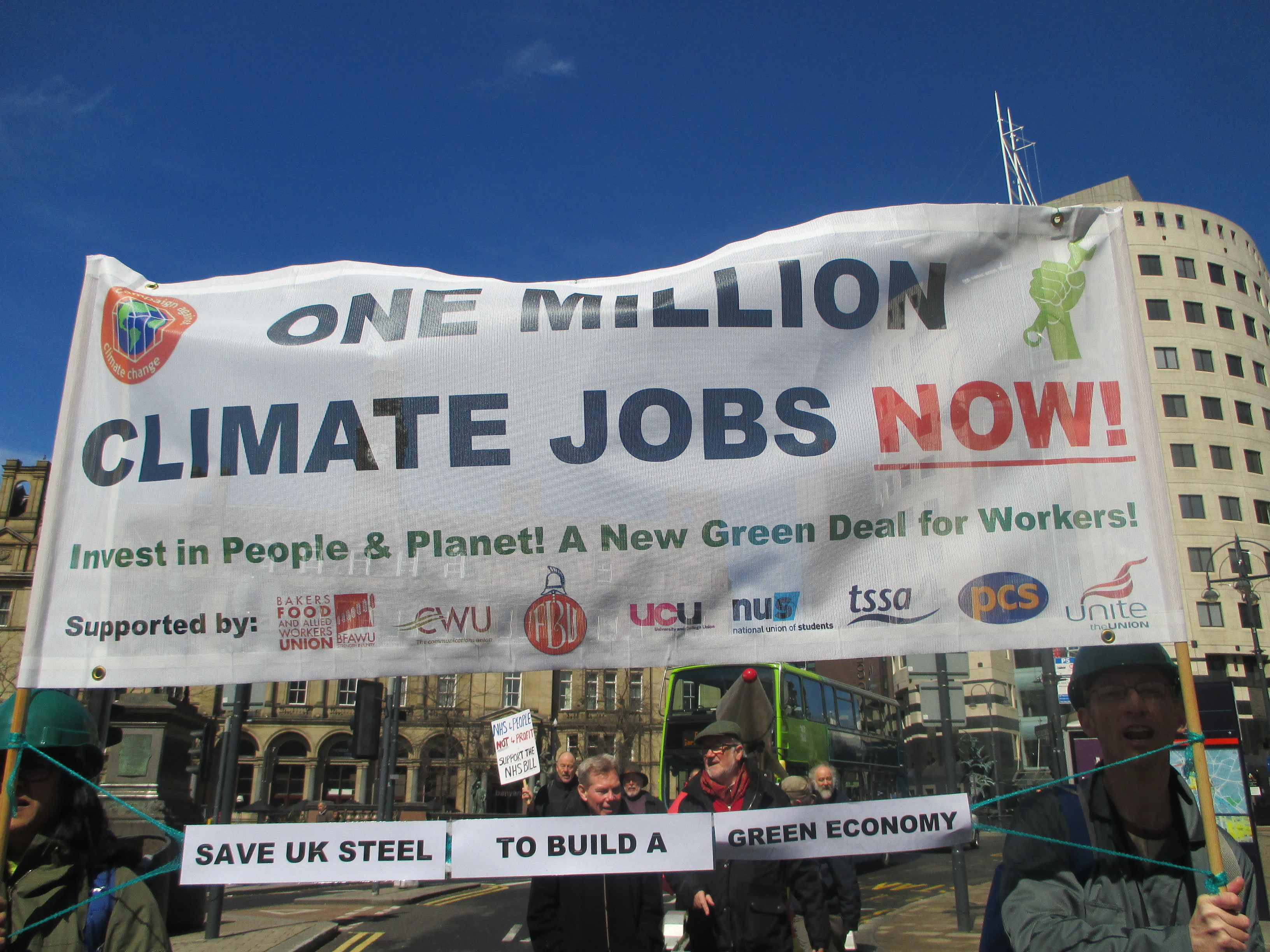 A!: The recent budget opens a period of austerity for working class South Africans. Investment in infrastructure for education and health has been slashed. That will affect poor and working class communities, not those who anyway afford private education and private health care. As a former trade unionist, do you believe that it is right that your former members should pay for the economic crisis which they didn’t cause?

EG: Budgeting is about making political choices. There is no doubt given the current conditions, with decreasing revenues and growing expenditure priorities, the political choices are limited. Among the expenditure priorities is funding tertiary education for students from the working class. Having said all of this, I don’t agree fully with the policy choices that have been made, particularly cutting infrastructure spending. Infrastructure spending stimulate growth. The budget is weak on growth.

A!: What do you see as the major causes of South Africa’s economic stagnation? Take the measures proposed in the budget to deal with SA’s growing debt to GDP ratio. Hasn’t the government caved in to credit rating agencies? Surely, as we have seen in Europe, austerity is just going to make things worse. Surely, we need a policy of growth through redistribution – the old Numsa and Cosatu slogan that led to the RDP. We need to use the resources of the state to invest in a mass housing programme, land redistribution and a low carbon industrialisation strategy. Wouldn’t that be more appropriate?

EG: I support a mass housing programme. On land redistribution, we have agreed on land expropriation without compensation. The idea behind all of this is massive land redistribution. We are working on the modalities of giving effect to that now. On low carbon industrialisation, we support it. That is why we introduced renewables as part of the generation mix in 2010. A new Integrated Resource Plan is under discussion to take this forward.

A!: Government’s economic strategy seems to be a very traditional one – rest on the Minerals Energy Complex, beneficiate and all will be well. So, nothing seems to have changed in the last 25 years. What do you say to the proposition of the Million Climate Jobs campaign – that this approach is backward looking and ignores the way the wind is blowing (and the sun shining). More and more, energy is being created out of renewables. Surely the future of the SA economy lies in investing in the Just Transition, not in digging more and more minerals out of the earth and shipping them out of the country.

EG: Our economic strategy must build on what we have and innovate into new areas. There is no contradiction between these two. The Million Climate Jobs and the Just Transition are welcome initiatives. These initiatives have to demonstrate in practical ways job creation and convince unions.

A!: Do you believe in all this talk of global recovery that can support a new growth period for the South African economy? What do we need to do to overcome the structural problems that are leading to the weakening of SA’s manufacturing industries, with massive job losses? Or do we accept an economy dominated by the services sector, especially financial services, with limited space to absorb the millions of unemployed?

EG: There is a tendency to posit a mutual exclusive relationship between sectors. Financial Services and services follow income. Banks are closing branches in rural towns because they are not viable. The key is a strategy that includes all sectors and raises incomes.

A!: The NDP says that in order to make any inroads into unemployment, the economy must grow consistently by at least 5% per year. Clearly that is very far from the case. Meanwhile, the number of unemployed is now over 9 million, and rising daily. What is your strategy for making inroads into this problem?

EG: Job creation is a product of investment by both the public and private sector. The challenge is to get all these sectors to invest in the South African economy. This cannot be achieved by the ANC alone. The call for a Social Summit, a Jobs Summit and an Investment summit must be against this background and attempt to mobilise society around a common vision.