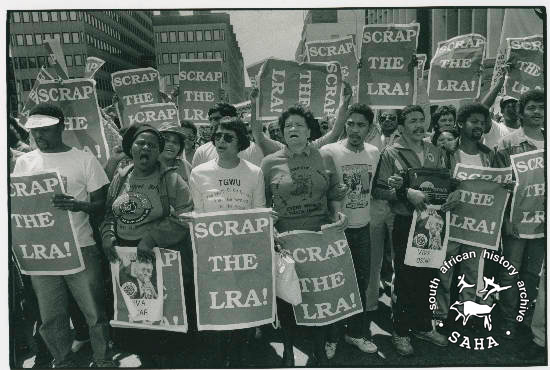 The South African Federation of Trade Unions (SAFTU) has just recently called a national general strike on the 25 April, with General Secretary, Zwelinzima Vavi, claiming that the event  would “make South Africa ungovernable”. The mass action was called to challenge three bills that are before parliament, demanding they be scrapped. Two of the bills are amendments to two existing acts, the Labour Relations Act (LRA) and the Basic Conditions of Employment Act (BCEA), while the other is a proposal for a new National Minimum Wage (NMW).

A massive attack on workers’ rights …

The NMW effectively proposes legalizing slave wages of R20/hour, while further stipulating that farm workers (R18/h), domestic workers (R15/h) and Expanded Public Work Programme workers (R11/h) could be paid even less. If the legislation were to be passed, bosses could still apply to pay their workers even less, not to mention the fact that properly implementing these regulations (in sectors such as domestic and farm work in particular) would remain nigh on impossible. The government hoped to push through the law on Workers Day, 1 May, but due to resistance it has suspended implementation, claiming it needs further consultation.

In addition, the proposed changes to the LRA would place further limitations on workers’ already severely limited right to strike. Firstly, secret balloting would directly undermine the collective strength of workers by individualizing workers’ traditional collective, deeply democratic decision-making processes. Secondly, a longer conciliation period would give bosses more time to prepare scab labour, stock up warehouses and find opportunities to victimize workers. Thirdly, advisory arbitration would allow employers to settle or prevent strikes through juridical processes. Furthermore, bosses would be able to interdict unions by claiming secret ballots were not conducted properly, while amendments to the BCEA would simply do away with some rights won by workers in certain sectors.

The right to strike is arguably the most important political right that workers have under capitalism, for it is an essential tool to fight for basic necessities. In light of the aforementioned attacks on the right to strike, the National Union of Metalworkers South Africa (NUMSA – SAFTU’s largest affiliate) has joined forces with 21 pro-working class movements who also reject the changes. 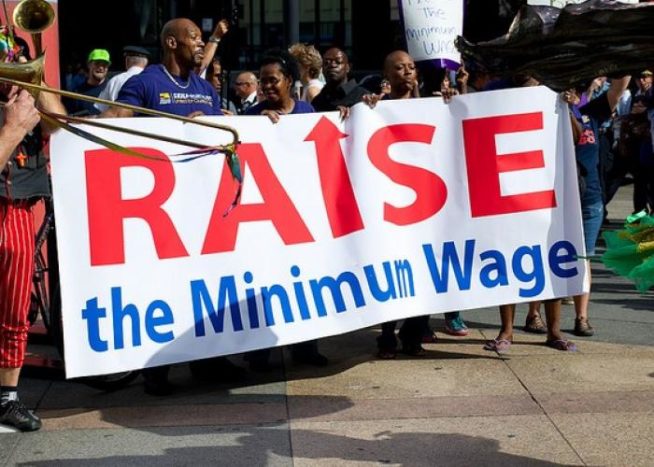 The NUMSA-led #ScrapNewLabourLaws campaign set its sights on mobilizing every worker in the country around the negative impacts of the proposed amendments to the labour laws. A section 77 notice means that all employees, unionized and non-unionized, are covered by the certificate and can join the strike.

However, the mobilization might not be as big as hoped for. A first element is the disappointing, though unsurprising, decision of the Congress of South African Trade Unions (COSATU) to choose the government’s side in this struggle. If proof was still needed that the federation is no longer on the side of the working class, here it is. Despite COSATU’s indication that it would not be supporting the strike, at a mobilization in Cape Town two weeks ago Vavi claimed, in reference to the 25 April shutdown, that “every township will come to a standstill”, adding that “no bus will move unless the bus is taking us to the march”. Such promises however might not materialize and furthermore have the potential to create deception and demoralization amongst workers.

Either we win, or we learn

Whatever the effective outcome of the mobilization, something will be gained: either a victory, or a lesson that will have to be learnt. These claims by leaders, and the methods of mobilization implicit in them, require interrogation. In doing so, the meaning of the general strike, its reasons and perceived successes and failures, can be somewhat discerned. Claims by leaders that the country will come to a standstill are rather myopic. But they are more than just empty rhetoric, they have reasons behind them and implications that follow. Leadership builds false hopes in workers, setting them up for failure – and it is the workers who did not go out on strike that are so often blamed further down the line. This exposes leaderships’ severely limited, distanced, and ultimately inadequate approach to mobilization. Such claims no doubt draw cheers from the podium, and workers are enthused by them in the moment, but they do little to address and deal with the real obstacles that are in the way of workers actually making the decision to go on strike. These obstacles – some simple logistical issues (such as how workers should notify management and avoid victimisation), others bigger political questions (for instance, whether this mobilisation will do anything to shift the balance of class forces) – weigh heavy on the minds of workers after they step away from mobilizations. 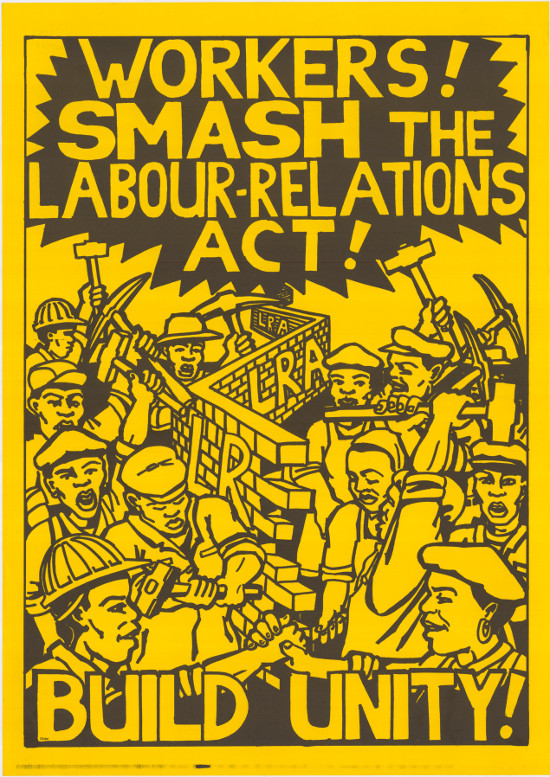 a rather essential element for any general strike to be successful, i.e. for it to be general.

A final issue lies in the nature of the demands. Of course the right to strike has to be defended and workers should support the 25 April strike so that things do not get worse. But the technical manner in which the demands on amendments are conveyed lack resonance with many workers. With the law, the devil is thought to be in the detail, and thus too often when the right to strike is discussed, people end up spending their time working out the technicalities of when it should or shouldn’t be denied – what complicated and complex procedures and rules should be followed. Many workers know that the law, one that is supposed to give them the right to strike, is in fact a law which so often takes it away – the LRA, as it stands, stops many workers from striking. This mobilization is effectively about stopping attacks, about stopping things from getting worse – and if the question is addressed with regards to the law and rights that is where one will tend to go. But it is also where one will end. Strikes are in essence a necessity for workers to be able to access their basic needs, not simply a right or piece of law, and thus workers must be able to strike whenever they decide to strike. It is not about amending or stopping amendments to the LRA, it is about demanding that the LRA and its chains must be torn up.

Despite this pessimistic tone, the general strike has its positives, not least for those workers involved who will be changed by the experience. It will become a part of their history, an experience to draw on and share with others, a hint of what could and will have to be made possible – a taste of the future in the present. Do such seemingly small but massively important positives not outweigh the negatives? Furthermore, this general strike will serve to demonstrate to workers what is possible of their leaders  – that they can indeed call for and carry out such mobilisations. It is a demonstration for future struggles that their leaders can – but will have to be moved even further – beyond their routinist and rhetorical tendencies. It is only mobilized workers who can move their leaders (those who say they support such strikes in particular) to do everything possible to build support and mobilization for future general strikes. It is through this process that such mobilizations will be made qualitatively different. For now, the general strike will happen. More will have to follow if things are to change for the masses of people who are exploited and oppressed under capitalism, but they will have to be different.