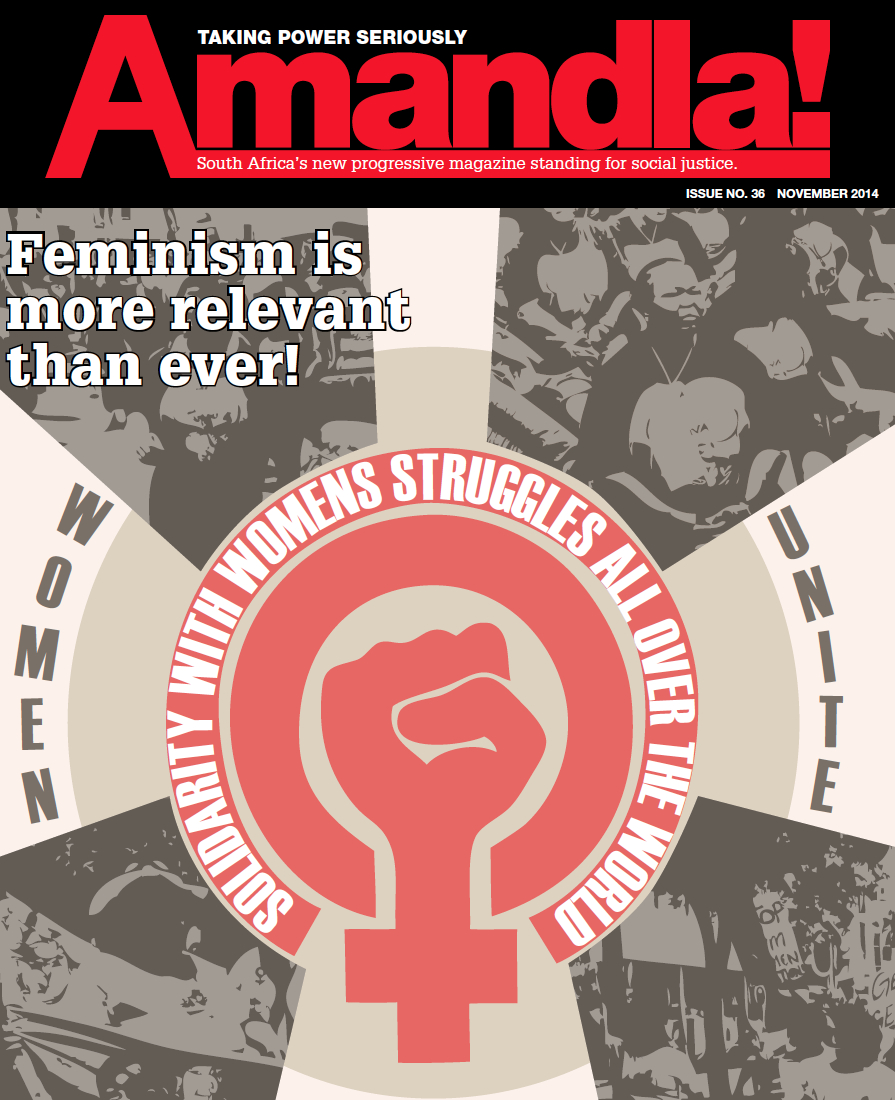 The Rita Edwards Collective (REC) is a feminist organisation that claims to be reimagining traditional forms of organising. Amandla! interviewed an REC member at an REC meeting in 2014 to see what that means to her.

A! Can you tell the Amandla! readers a bit about yourself?

I am a 34 year old women who grew up in a small town in the Western Cape but now I am living in Cape Town. Even though I grew up around many people who were involved in anti-apartheid organisations, this is the first time I have been active in a political organisation. We are women from different parts of the city, from different generations, with different mother tongues, with different backgrounds. Some have been activists as well as feminists for many years and others – like me – are completely new to organisation, activism and feminism. We act together to show our solidarity and envision a society that has no violence and brutality against women and children and men.

A! How has your understanding of feminism influenced the way that you organise yourselves?

Normally we assume that agenda’s, effective time management, toeing the party line and efficiency are essential elements of a disciplined and effective organisation. To lead from the front, defer to experts, to direct, provide analysis and allow researchers’ voices to be more important than lived experience are often ‘the way it is done.’ We don’t even realise that these are masculine ways of organization. By blindly following, we reinforce masculinity in our society and privatise information. It is very important for us to continually question all aspects of the way we organize.

Feminist practice requires us to imagine and live differently in all aspects of one’s life. It is a way of being, acting and thinking in the world which questions the positionality of women, it asks how women are affected differently from men and why. It turns assumptions of ‘how to be’ on their head. For us, feminism demands that we act collectively, share and love in new ways and be in solidarity with each other. It helps us to see how solidarity is the highest form of our humanity and organize in a way that reflects this.

A! When was the first time you understood what solidarity means?

It was a cold and rainy Saturday morning when we all packed the car full of food hampers that we had collected and drove to Robertson. We first met with some of the sisters at Mayibuye (a popular land rights movement of small scale farmers and farmworkers based in the Western Cape), offloaded the food and packed it into one of the offices. One sister suggested that we go and meet with some of the comrades on the farms. On one farm we met with some of the sisters living and working there. They told us how different their lives were after the strike. As we drove back to Cape Town, we drove through a town where the festivities of the Wacky Wine festival was continuing as if nothing had happened; as if the people who play a central role in the production of wine did not exist, as if some of them did not fight for a decent wage, as if they have food on their tables, as if they could afford the school fees for their children, as if their husbands do not have to walk from farm to farm looking for an odd job… I became angry and posted on Facebook: ‘When we drink the lovely red wine at the Wacky Wine Festival, how many of us stop to look across the beautiful vineyards to where farmworkers live and remember the strike in the beginning of the year? Do we remember the many women who lost their jobs? Or do we look the other way in a state of psychotic denial and enjoy our glass of red wine? Now who will say cheers to that?’ I had to remember, I had to be conscious. For the first time I understood what it meant: ’the struggle continues!’

A! In which ways do you run your meetings differently?

This is our home away from home, and in this home we self-regulate. No boss or monitor of our coming and goings – we are allowed to be. And in being, we clearly see and feel the difference of how we are managed, regulated, decided for and about by others outside of this collective – often men, but to our dismay other women too seek to exert the same masculine ways, their smiles and soft tones do not hide the attempt to power over. We say no, we say we want to be in charge of our own bodies, not only in the bed, not only in the road, not only somewhere out there, but damn it, everywhere. 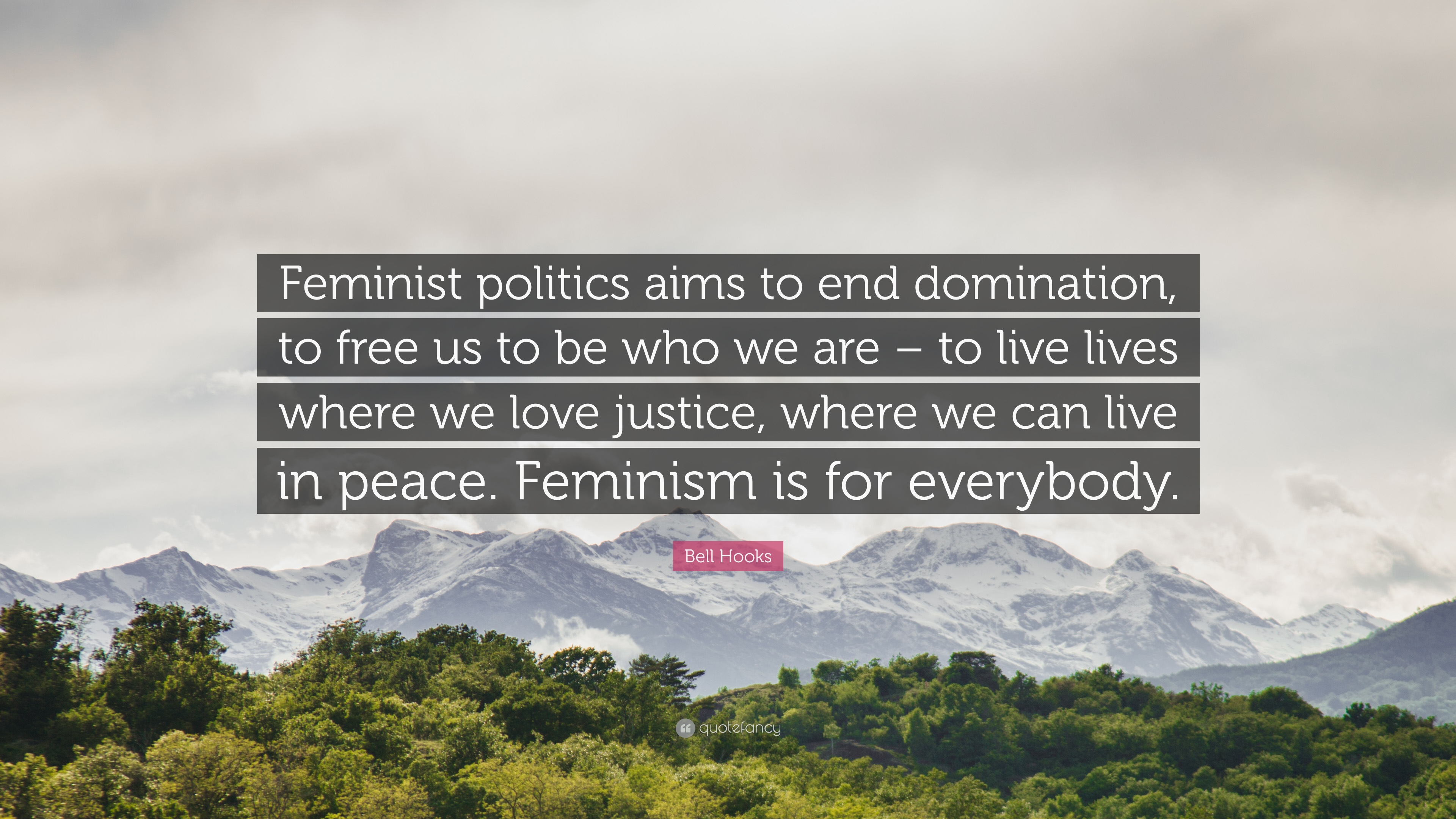 A! Women bring their children to meetings, is that not disruptive?

So where do their children go when they attend these important serious meetings? Are they tucked away in their bags, in their pockets? I imagine many sisters could not go to other political meetings with their babas. Or if they did, they would be hushed and worried about annoying the others – (the men) who would claim that they are doing serious work that can’t be disturbed – disturbed by the child! Imagine that! We also learn from the laaities (kids). In the last meeting a granny and granddaughter came. We thought the little girl came with for spek and boontjies (for nothing). But the eight-year-old child did not self-exclude. When we asked how do we act in solidarity – it was she who said: ‘what do you mean?’ And when we discussed how to be in solidarity it was she who said: ‘let’s send crayons and paper for the children to draw with’.

A! Can you elaborate on your slogan ‘enough is as good as a feast’?

We believe that we must be self-sufficient and self-organised. For example, at meetings we do the food ourselves. Everybody contributes. At any meeting you will observe members bringing their contributions for the collective lunch. They have raided their cupboards at home. Pilchards in tomato sauce. Boiled eggs. Bread. Apples, oranges and avocadoes. Always coffee, tea, milk and sugar. And of course, biscuits. On some days: home-made koeksisters. The pile usually grows as more women arrive. By the time the workshop starts all the ingredients for lunch have ‘appeared’ – not by accident, but because the invitation for the workshop asked all the participants to bring what they could from home and to share this with everyone else. The food on the table shows that this invitation to share was honoured. The other thing that is important about the food is that we prepare the lunch together and we clean up together. This is important because we believe no one should be invisible and doing the ‘behind the scenes work’. We should all share the work. And no one should be left out of the discussion because they are busy cooking, or sweeping or whatever.

A! How do you mean this space is different from any other space you have been in?

The first REC workshop I attended was entitled ‘dreaming in solidarity’. e women were in a circle. One of the links in the chain was a woman telling the others to breathe deeply as they stared intently at their thumbs extended in front of their faces. I joined in on the final breathing exercise, closing my eyes while placing a finger on the tip of my nose and one on my lip. We then had to focus on our breath and travel with it over the tip of our noses and upper lips. One of the women asked the teacher to explain the yoga and breathing exercises that they had done that morning. As she started the conversation about movement and breathing and why it matters, I felt like I was in a sharing space. Halfway through her explanation she was interrupted with a request that her message to be translated into Afrikaans. Later that day we held our right hand to our heart and our left hand just in front our shoulder and declared ‘I am… e affirmation completed silent. We concluded the day by stating with our right hand on our heart – ‘I am…’ And with the left hand on our heart and the right arm raised: ‘and I dream…’I’ve never dreamt with other sisters at a workshop before. So we internalise our principles in the way we run our meetings and conduct ourselves. We establish a feminist methodology and practice. But not as an end in itself but as part of building a movement of solidarity that is empowered to fight women’s oppression as a vital part of fighting for equality and social justice for everyone.

2 comments on “Feminism in Formation”