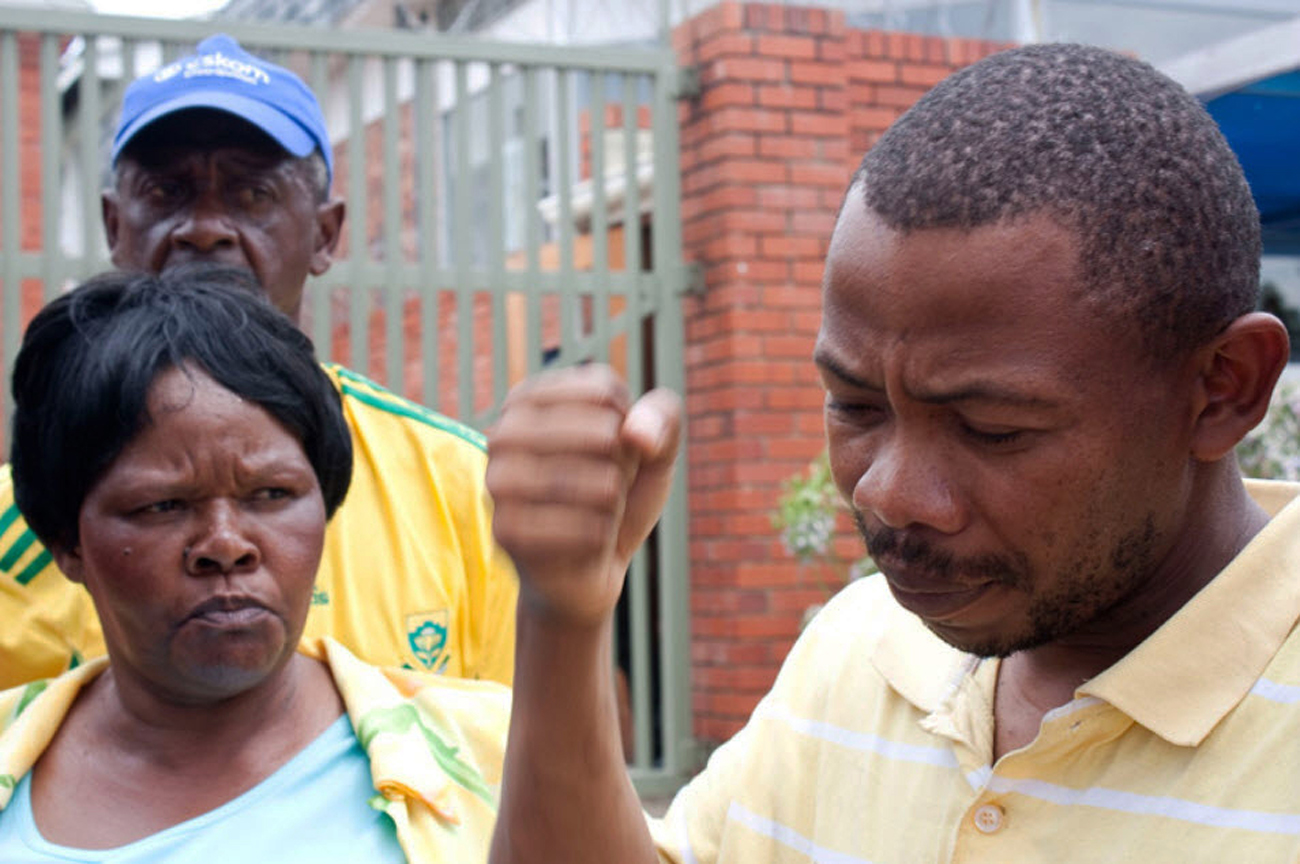 Poverty is too ghastly to contemplate and corruption holds our people in shackles radically contrary to their will. What we see is a systematic tyranny rather than a democracy.

Our society desperately needs a specialised spearhead of considerable sharpness to establish a viable democratic order, an activist who can give our revolution the ingredients it desperately waits for.

Our people have become so utterly desperate for land, that government branches across the country have lacked capacity to stop illegal land occupation. We fail to combat unemployment and according to a Mail and Guardian article our housing backlog increased to 2 million (“Funding focus should be lower-cost urban housing”, May 2018). In the same article, it states that the amount of informal settlement households doubled. They went from 800 000 to 160 000 between 1996 and 2015. According to a World Bank report which compared 149 countries, we rank the highest in the world in terms of inequality, and more than half our people live on no more than R992,00 a month. The report claimed that 1% of South Africans own 70.9% of its wealth. The tyranny of corruption perpetuates poverty and violence and hunger are the order of the day.

If there is any activist capable of bringing hope it is Ayanda Kota. Kota is the founder and leader of the Unemployed People’s Movement (UPM) in Grahamstown in the Eastern Cape. He is an unapologetic activist of considerable vigour and stridency. He is well-known for his insistence that South Africans did not taste freedom. Kota says, “we are looking at the same apartheid systemic order only in false freedom packaging”. He became well-known across the country for protestation, taking faecal material to the Makana Muncipality premises, to declare contempt for inhumane living conditions. When Jacob Zuma was granted the honour of the so-called ‘freedom of Grahamstown’, Kota expressed his disapproval to Zuma personally. He earned a reputation across South Africa for championing the rights of the marginalised on various levels.

Kota remains confident that the sacredness of human rights will shine through our dark horror and triumph. Comparing fundamental human rights to the sacred biblical ten commandments, he says, “the issues of human rights are written on the ancient stone, issues that cannot be erased”. However, for this and the revolution to triumph, his ideology urgently needs to be implemented. He believes in the ideology of taking South African decision-making to the South African masses, for the sake of democracy in its ultimacy. The UPM has approximately 1000 members. It is in solidarity with a South African shack dwellers’ movement called Abahlali baseMjondolo. This movement with its branches in various parts of the country has approximately 50 000 members. Kota’s ideology which is representative of the poorest of the poor is representative of these numbers. Despite his reputation Kota’s much-needed ideology has been overlooked.

In a 2 April 2014 Groundup article written by Kota called “Don’t vote for these messiahs”, he says “we have the vote but the political parties do not represent the aspirations of the people”. Indeed, our election system works on the false premise that political parties represent the South African people. Meanwhile parties offer voters policies on a take it or leave it basis, offering what suits them and not the voters. This can be likened to South Africans walking down the aisle of a political supermarket and finding no suitable products to select.

Our decision-making processes are believed to offer significant scope for participation but this is a false impression. Our decision-making processes bypass the average South African household. Available platforms such as the National Economic Development and Labour Council (NEDLAC), presentations to parliamentary committees, protestation and press releases etc. are few and far between. They also have little room for the marginalized, as the marginalized are severely incapacitated and isolated by their poverty and circumstances. It may be felt that local government offers reasonable scope for participation, but local government deals with limited aspects of the political sphere. Kota and his comrades saw the light of his ideology early in life in the Black Consciousness Movement. In the same article he says, “at a young age we read Frantz Fanon’s warning about leaders that send the oppressed to their caves and tell them to leave politics to the professionals or the Messiahs”. Thapelo Mohapi, General Secretary of Abahlali baseMjondolo says “people must be able to decide for themselves, we need to see meaningful engagement between the masses and parliamentarians”.

The false impression of civil society representing our people needs to be eliminated, because the extent of which it does this is limited. This is because its leaders are too often in a higher economic class than the people it is supposed to represent. This renders them out of touch with the people they are supposed to represent, with intellectual theories having little practical significance in the horror of people’s daily struggles. In a 4 December 2014 Groundup article by Kota called “Some lessons for South Africa’s sectarian middle-class lefties” he says something significant: “Most of the left believe that the people are ignorant and backward. They believe that they have all the answers. They are missing a critical truth and that is the answers that are contained in the contradictions of the daily struggles taking place across the country.”

The possible means of practical implementation of Kota’s ideology offer a vastness of possibilities. The broadening of political scope by local government ward councillors/committees is one. Facilitated social media platforms, door-to-door surveys and extension of radio and TV talk show are others. However, the danger of continuing to isolate the marginalised is very real.

For Kota’s ideology to be viable, we need the mass facilitation on the part of government, for the formation of mass grass-roots organization, with genuine representative leadership across neighbourhoods, towns, cities and provinces. There is great potential for this to mushroom into movements claiming genuine representation of our masses. In the same article Kota says, “when real movements emerge, this infuses humanity and social consciousness in our people. They provide a terrain of urgency as opposed to the politics of the messiah.”

The advantages of Kota’s ideology are staggering and desperately called for. While our nation will always face difficulties, who can best eliminate the problems of our capitalist pit? Those face to face with them, or those on the tops of their ivory towers isolated from them? What can come between the desperately marginalised and the solution to this desperation?